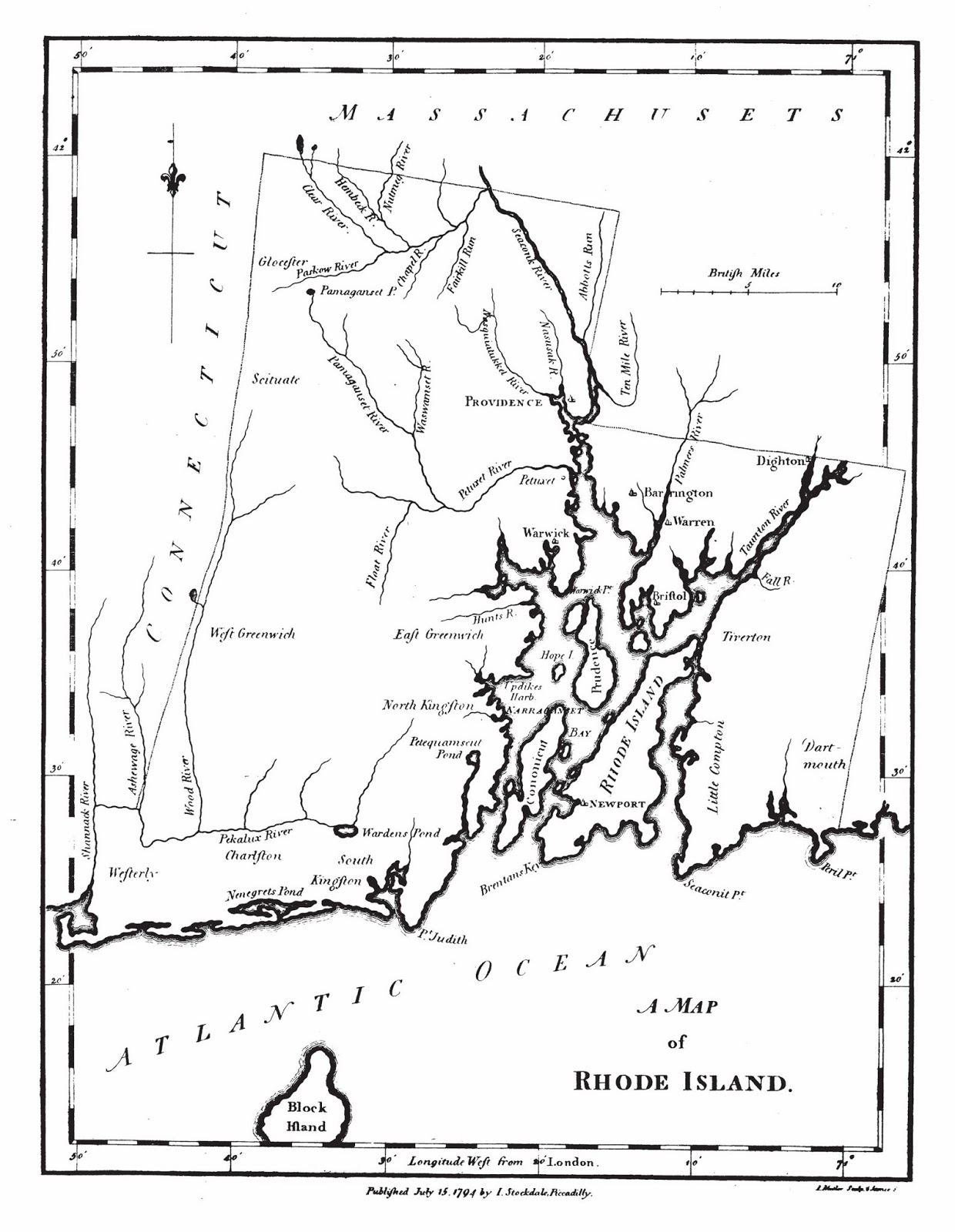 On the 9th of December 1770 DAVID DEWERS was married in Dartmouth, Bristol County, Massachusetts to DEBORAH SHERMAN. The event is notable because this is the first known historical record of this Dewers family. It is also notable because this marriage to Deborah is essentially all we know for certain about David. David and Deborah are my 5th great-grandparents. No mention was made of David before this marriage in Dartmouth even though the vital records indicate that he was a resident there. No mention was made of him in Massachusetts after this marriage in Dartmouth, nor does he show up in records with his family after they have moved to New York. However, it is quite likely that David was the ship master, David Duers, mentioned in several Newport, Rhode Island custom house reports published in the Newport Mercury and Providence Gazette and Country Journal between 1773 and 1775. The ship captained by David Duers was a sloop called the Ranger and all of the newspaper entries show him moving goods between Newport, Rhode Island and New York.

If David had meant to have a long career in sea trade as a ship’s captain, he picked the wrong time to begin. The years 1773 to 1775, when David was master of a ship, were the end of the “golden era” and the start of troubled times in and around Newport. The community of Newport, Rhode Island was caught in its own success with its economy almost completely dependent upon sea trade, a trade mainly built upon the triangle of molasses, rum, and slaves. Molasses imported from the West Indies would be turned into rum in the distilleries of Newport and then exported to Africa where the rum was exchanged for slaves. The slaves were returned to the West Indies and sold where the ships would again load up with molasses on their way back to Newport. Auxiliary to the rum, molasses, and slave trade was a brisk trade in other goods between Newport and the other colonies. David, whose home may still have been in Dartmouth a few miles to the east of Newport, does not appear to have been involved in the trade for slaves: no account mentions him captaining a ship headed for either the West Indies or Africa. Instead, he was running goods back and forth between Newport and New York.

As England tried to rein in the colonies by progressively stiffer tariffs and taxes, merchants, and the ship captains they employed, tried all the more vigorously to avoid these charges in a variety of ways. Caught in between the growing sentiment for revolution and independence and the need to maintain sea trade, Newporters had a hard time deciding whether to be loyalists or revolutionists. This had the effect of alienating both sides. Eventually, when the war came, sea trade from Newport came to a virtual standstill and never recovered. This was likely the reason that David’s last mention as a ship captain came in March of 1775.

His family moved to Washington County, New York to be near his wife's parents and family, who had moved there a few years before. David, however, is not mentioned in any records that we have been able to find in New York and his wife Deborah appears to be a widow by the time of the 1790 U.S. census. What happened to David? Did he die at sea? We don't know, but we will keep looking. That's what makes family history so much fun. 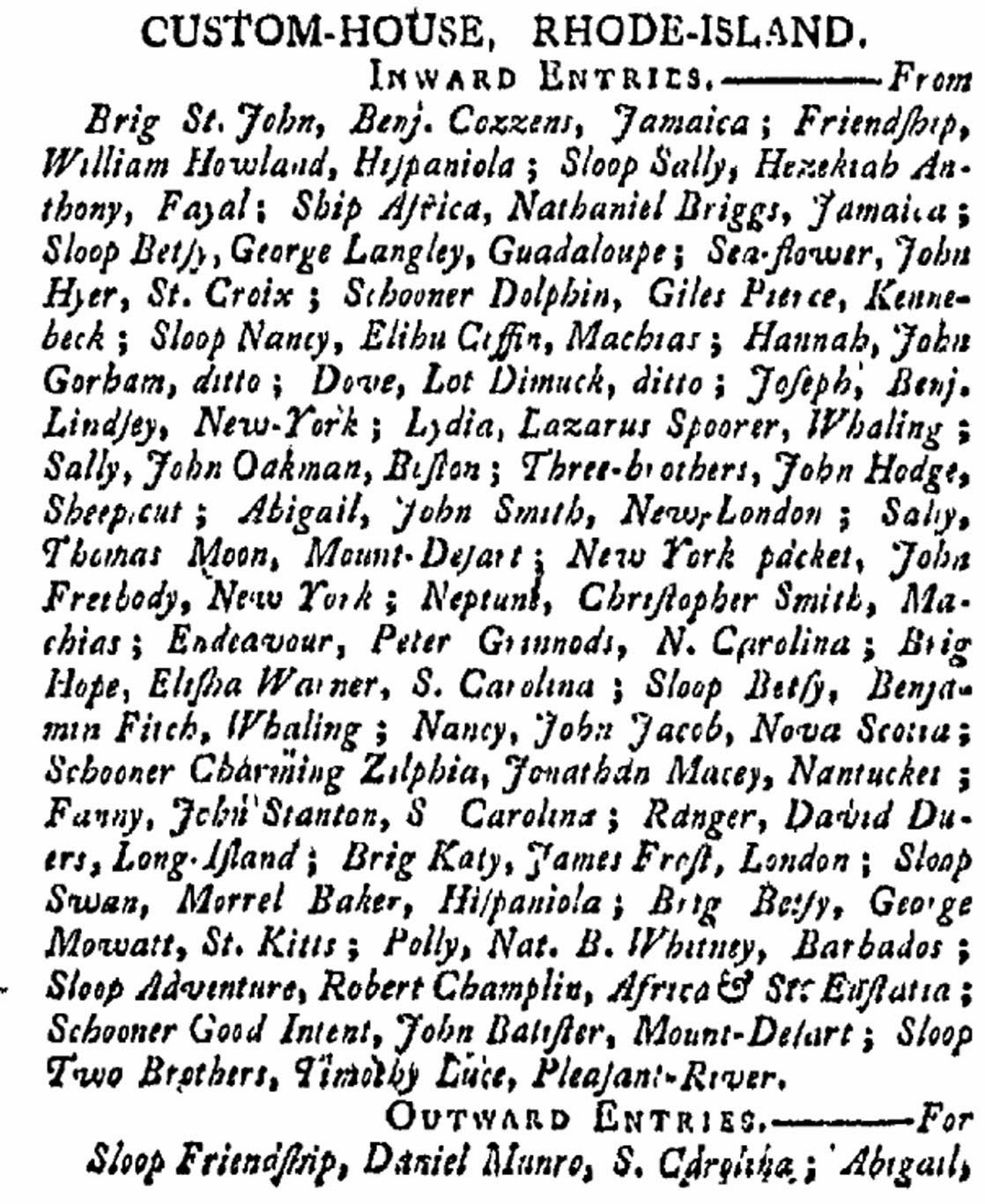