Grandpa Kowallis in the News

I learned something about my grandfather, Karl A. Kowallis, by reading the newspapers–some old newspapers. Grandfather, it appears was very active in town affairs in River Heights, and particularly in affairs related to the schools. Since he died just before I was born, it was interesting to read about his activities and opinions in these old newspaper articles. 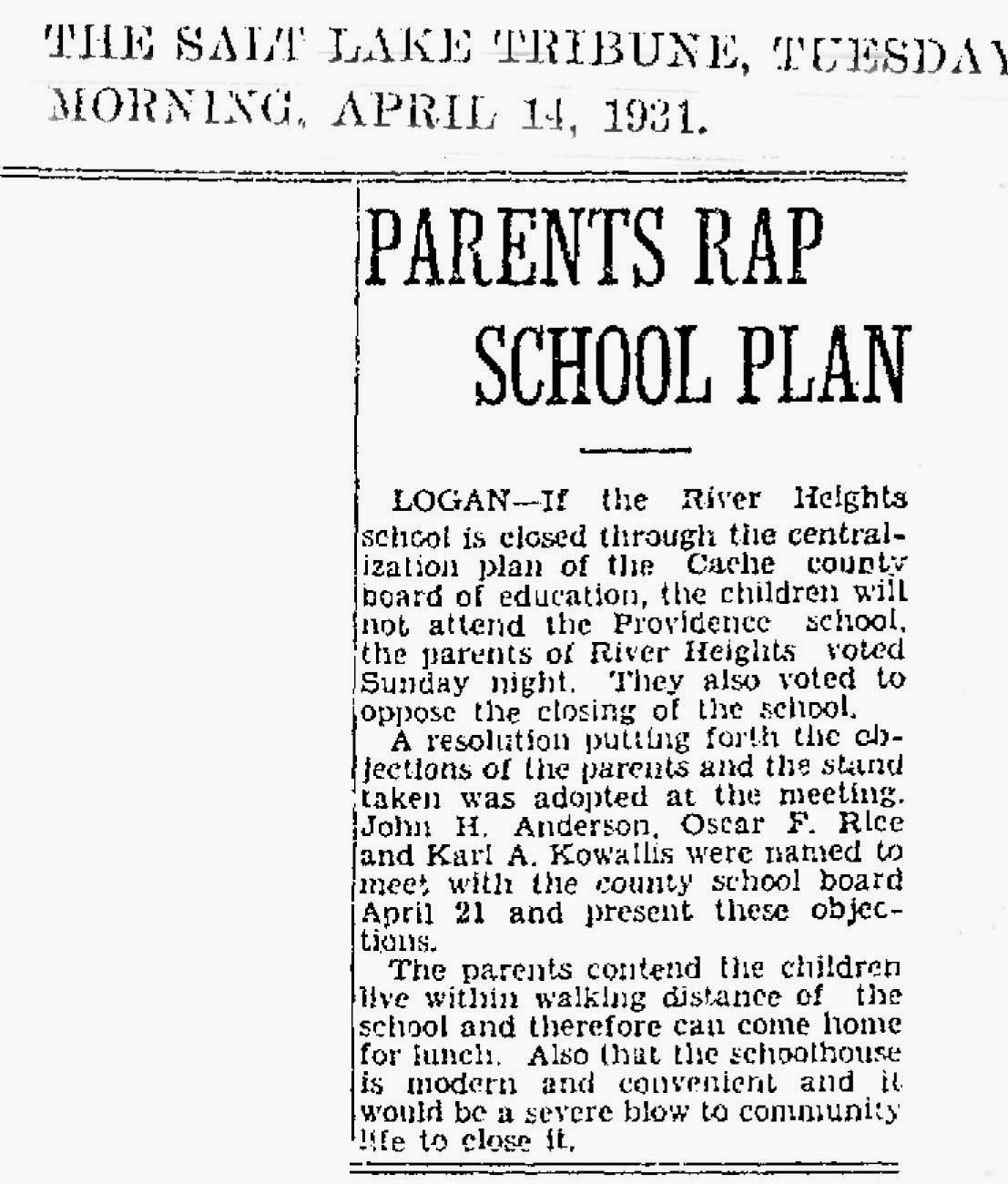 14 April 1931 -- Karl and other parents opposed the closing of the River Heights school. 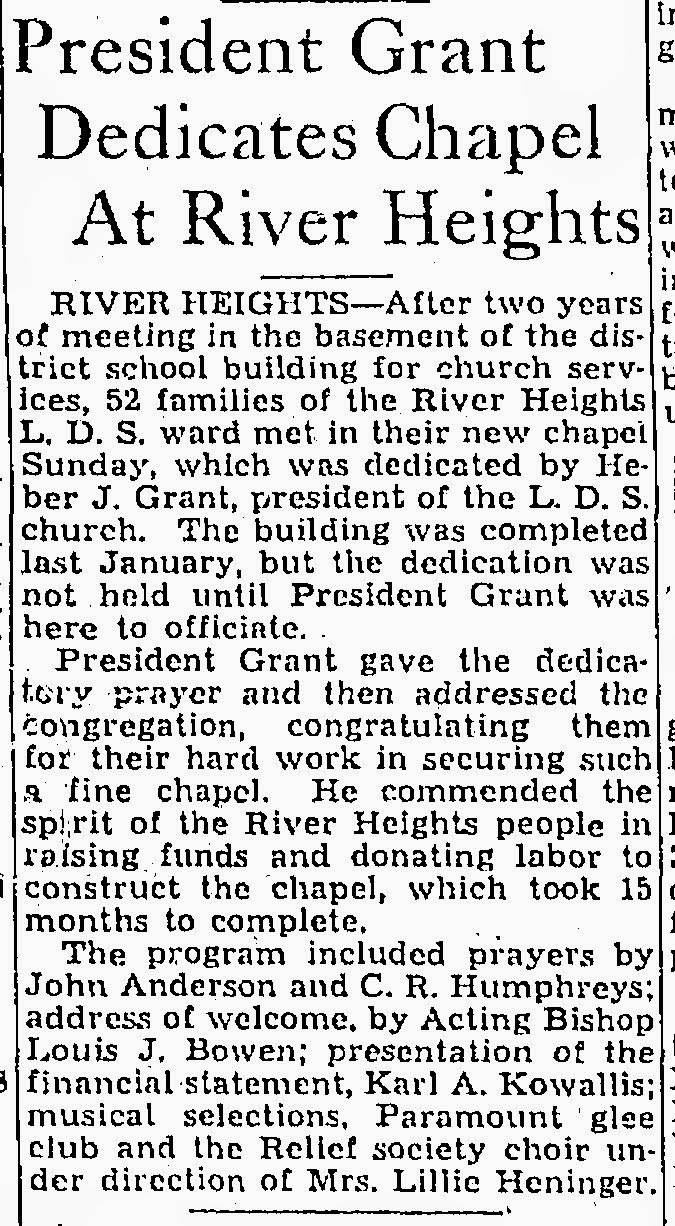 23 April 1934 -- The Salt Lake Tribune reported on the dedication of a new chapel in River Heights. Karl was called upon to present the financial statement for the construction of the chapel at a meeting led by LDS Church President Heber J. Grant.

26 August 1934 -- More school closures opposed by Karl and other parents. These schools were condemned after an earthquake (magnitude 6.6) in March of that year shook the area and caused cracks in the buildings. However, the buildings were declared safe for occupancy and the parents contended that they just wanted to continue thes centralization plan that they had been pushing for several years.

24 February 1935, Salt Lake Tribune -- Karl reports on the cost of a new water system for River Heights in his role as town clerk. It will be the first culinary water system in the newly incorporated town of River Heights. 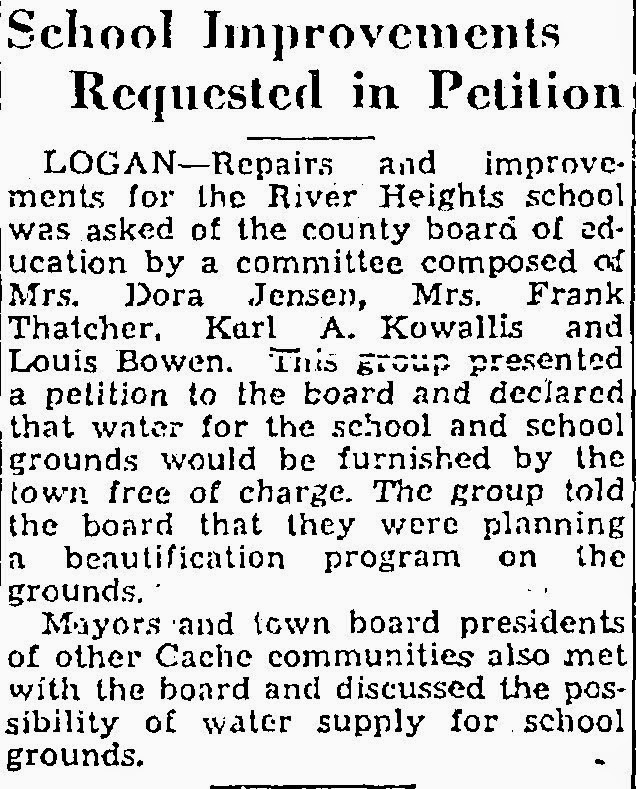 19 May 1935, Salt Lake Tribune -- Grandfather is once again in the news on a school related issue. This time the parents are proposing to provide water and grounds beautification for the River Heights school at no cost to the school board. 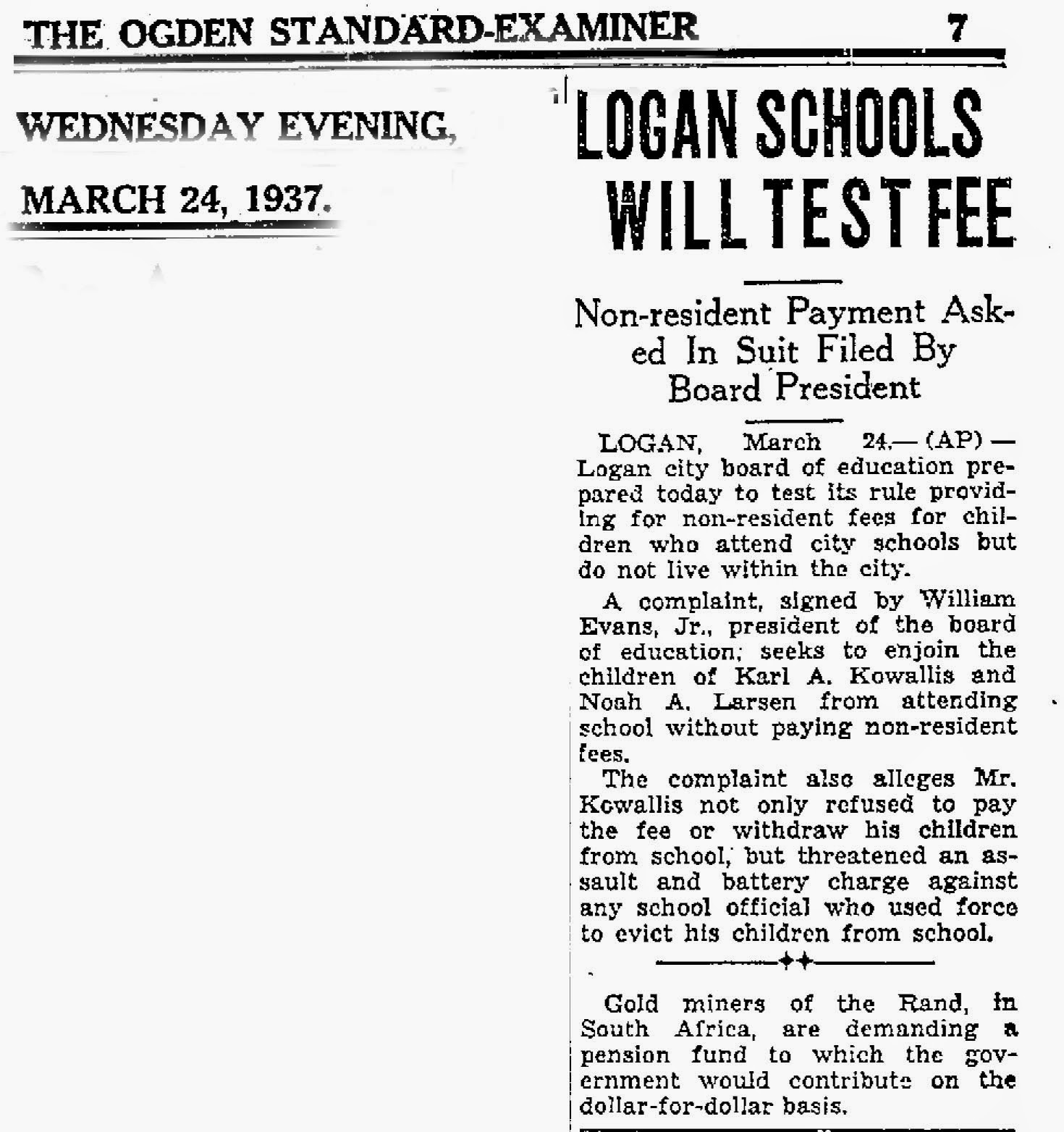 24 March 1937 -- Karl once again is in the news on a school related issue. This time it is more personal. The Logan School District is seeking to prevent Karl's children from attending the city schools because they are not residents of the city. Karl feels they should be able to attend because he runs a tax-paying business in the city. 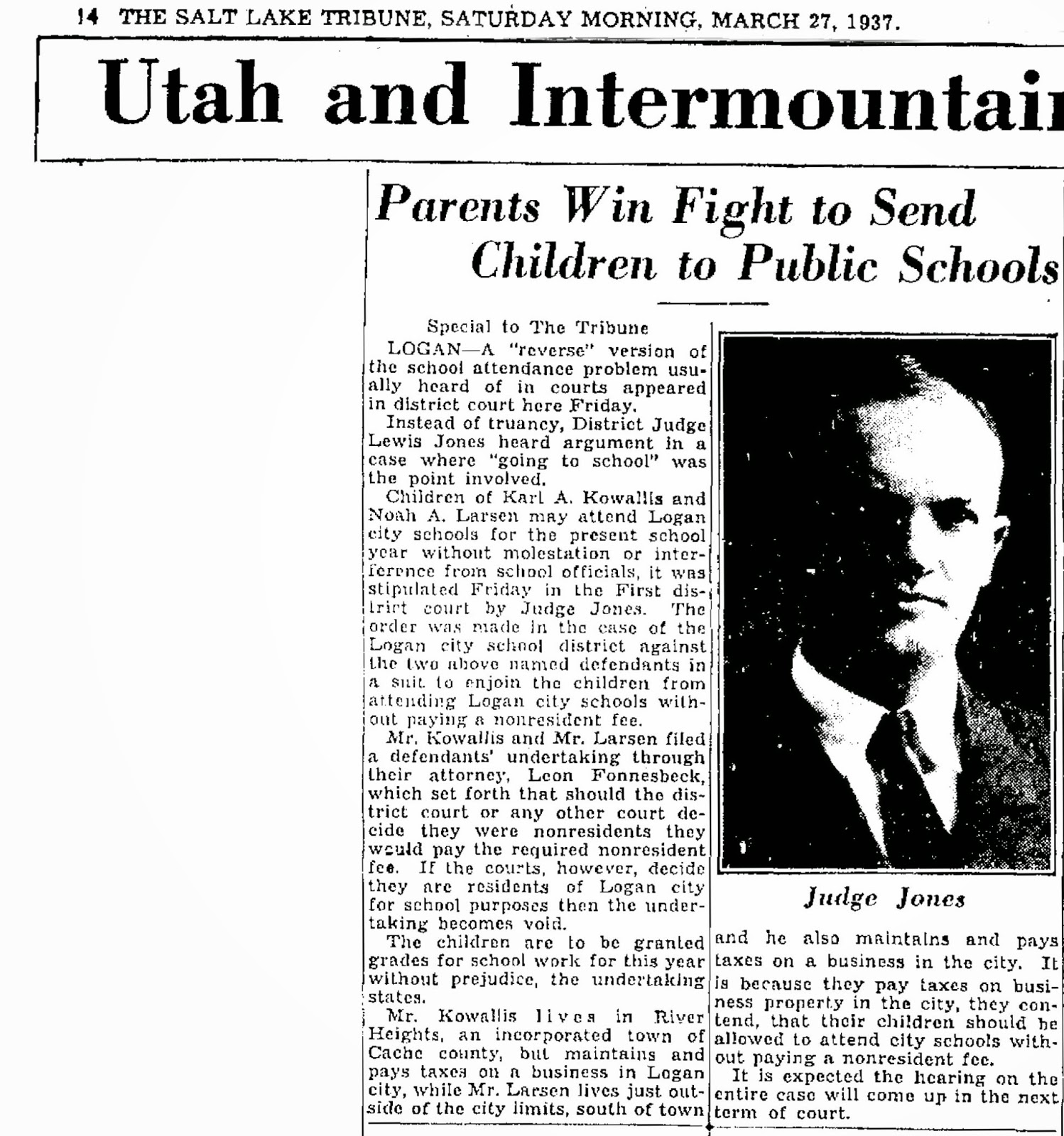 27 March 1937 -- Judge Lewis Jones agrees to hear the complaint of Karl Kowallis and Noah Larsen on the issue of whether or not their children should be allowed to attend Logan City Schools. I have not found out what the outcome was of this hearing, but I will keep looking in the newspapers.
Posted by Urthman at 11:26 AM