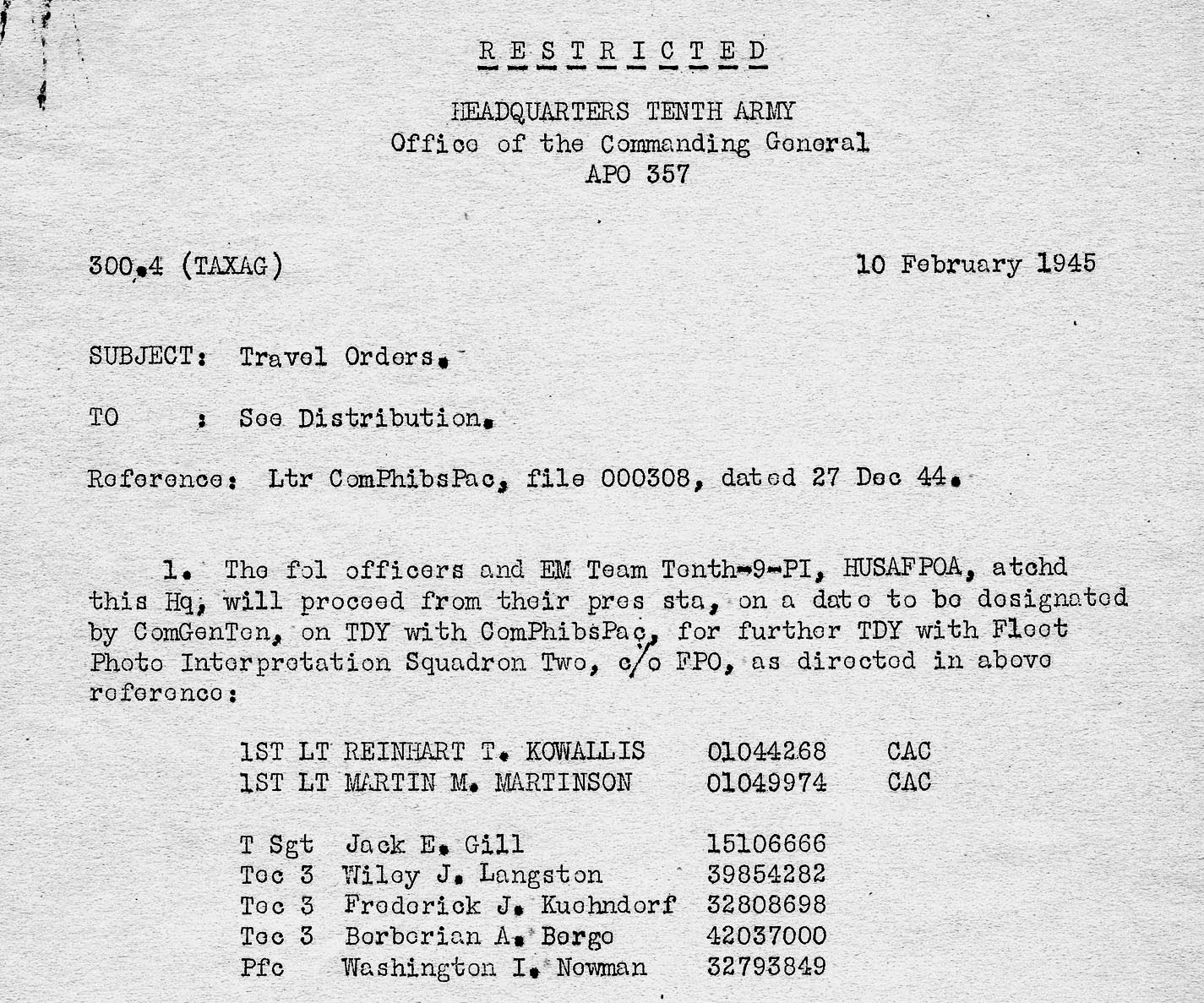 Orders issued to the Photo Interpretation Group attached to the 10th Army during World War II. The group was a small one with Lt. Reinhart T. Kowallis and Lt. Martin M. Martinson as group leaders. The other men in the group were Sgt. Jack E. Gill, Wiley J. Langston, Frederick J. Kuchndorf, Borborian A. Borgo, and Washington I. Newman. The group departed from Washington State in January 1945 and traveled on a ship to Hawaii. After spending a few weeks in Hawaii, the group was attached to the 10th Army and departed for a couple months in Guam after which they were moved to Okinawa, arriving there just in time for the last of the fighting and the surrender of the island by the Japanese. Here are a few photos my father (Lt. Kowallis) brought home of the group and their camp area. 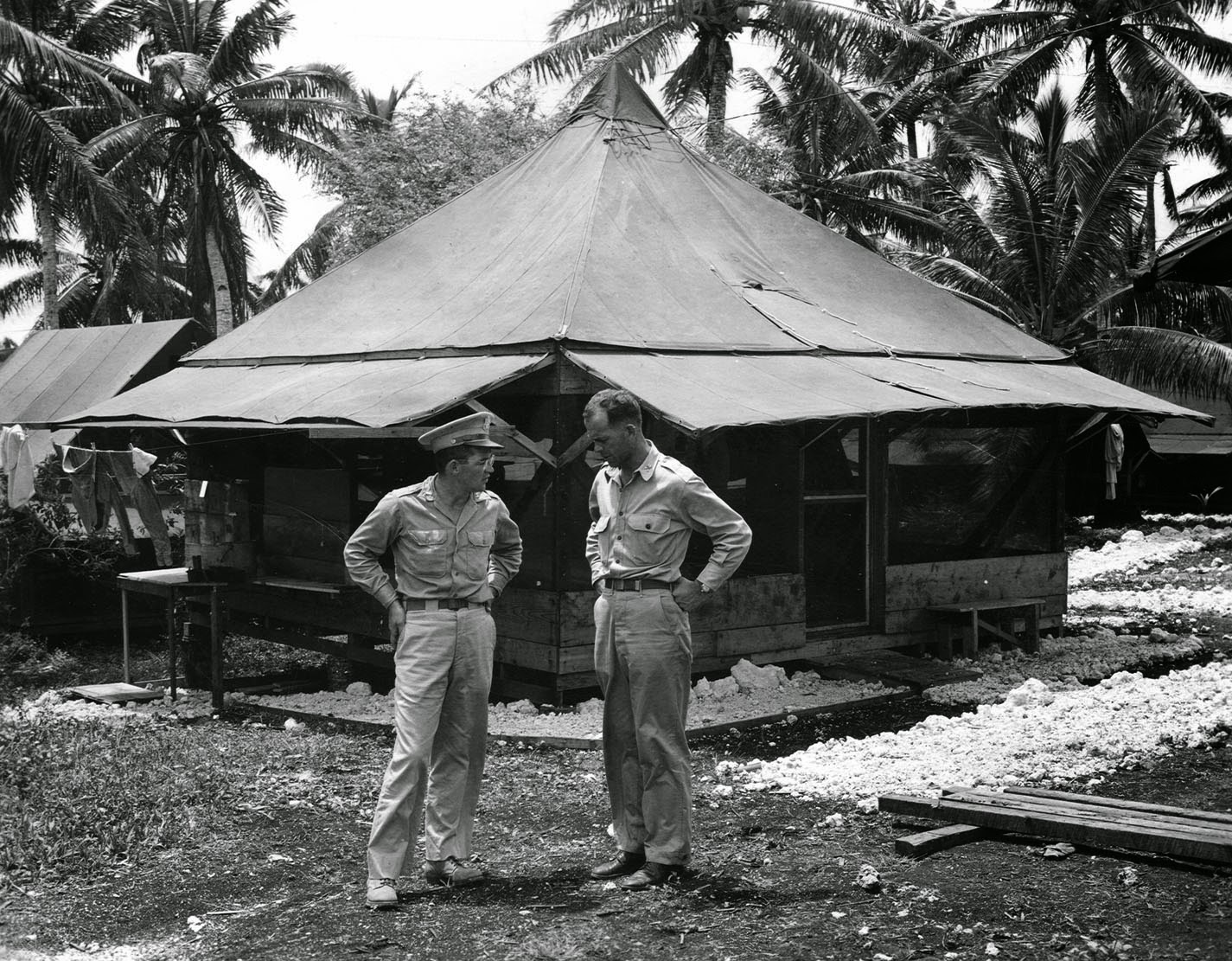 Lt. Kowallis (on right) with another officer on Guam in the 10th Army Camp. 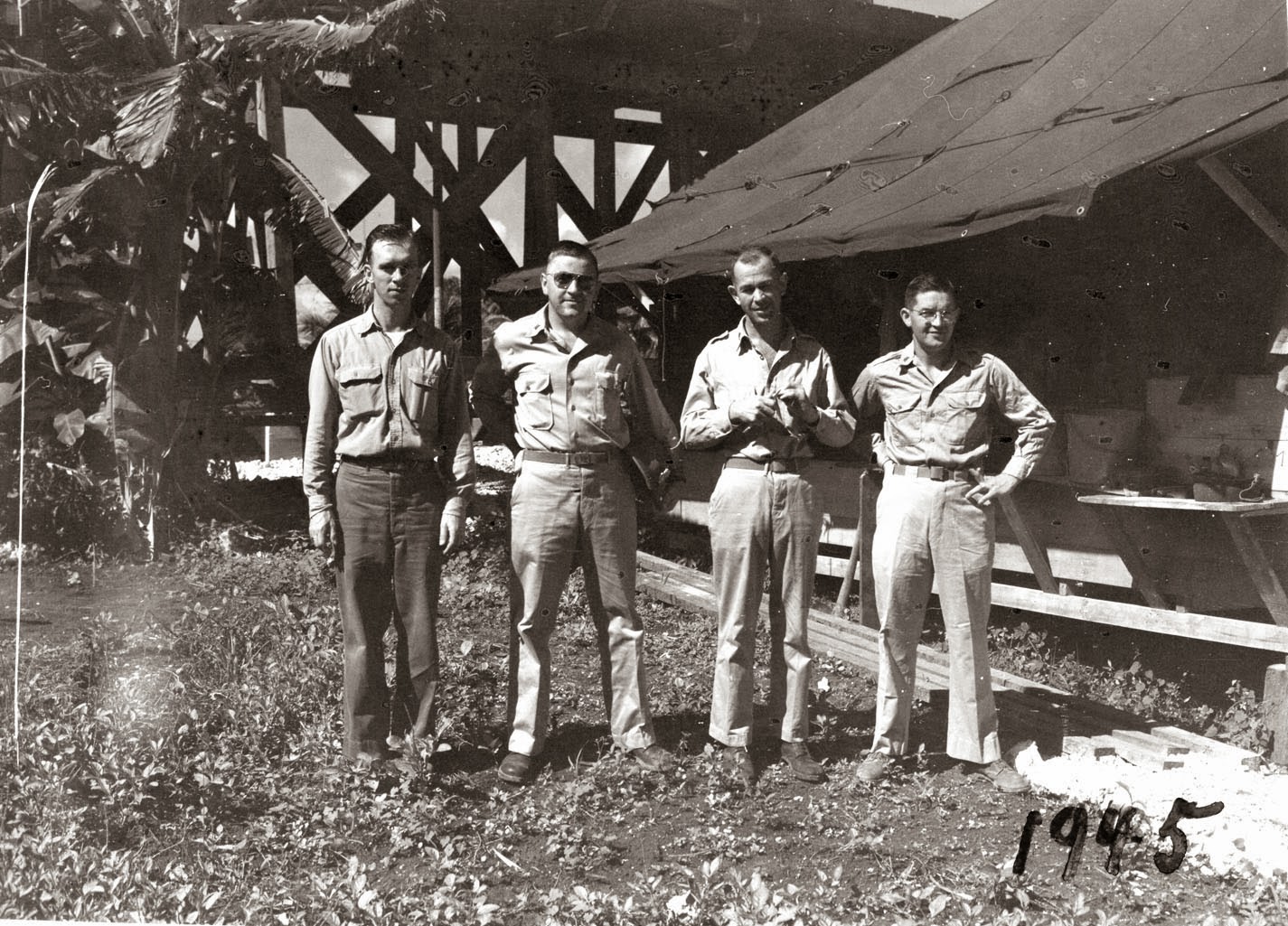 In about April 1945 on Guam, Lt. Kowallis (third from left) with other officers who lived in the officers quarters. Lt. Martin Martinson, also in his photo interpretation group may be the second from left in the photo. 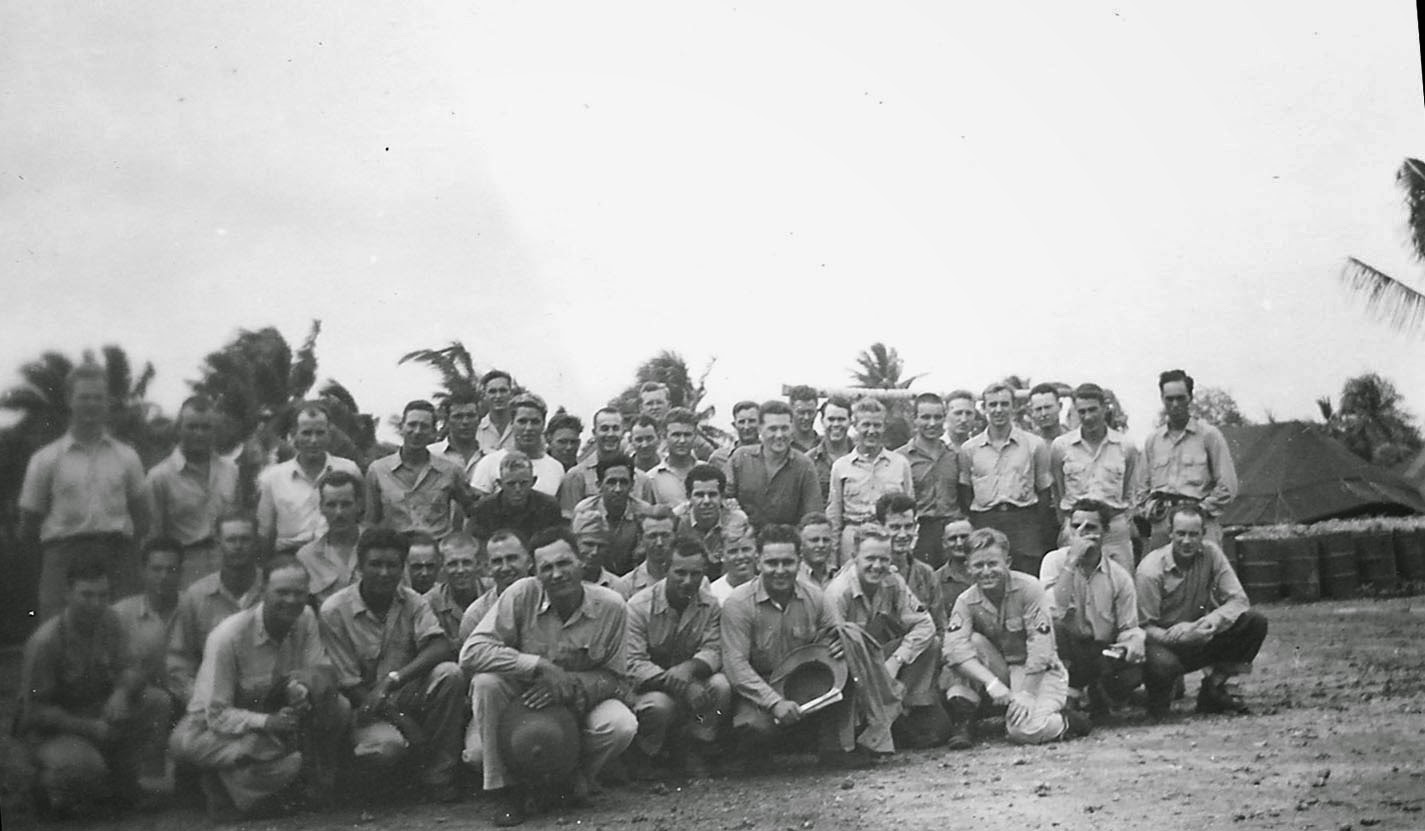 LDS servicemen on Guam in April or May 1945. 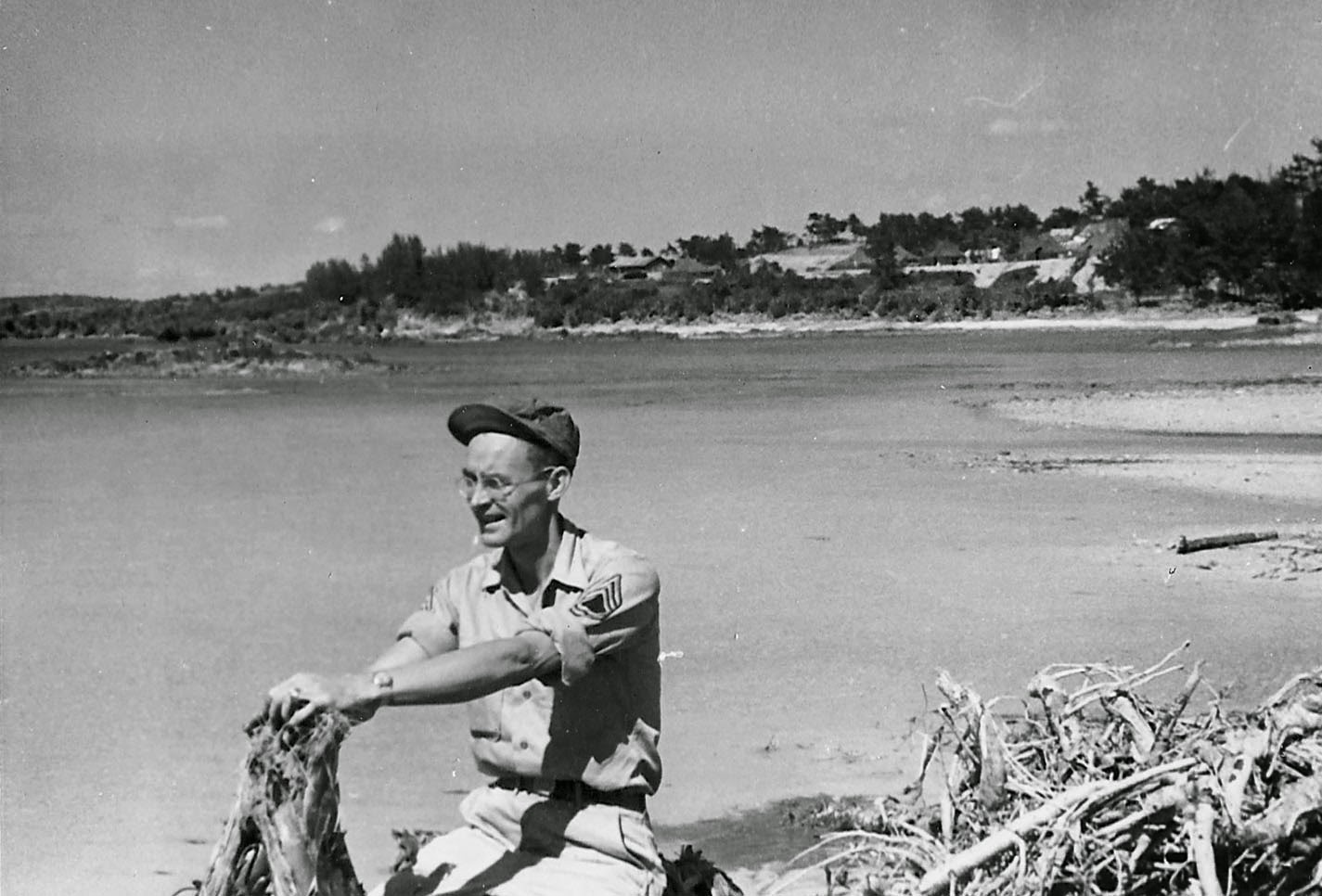 Sgt. Jack Gill of the photo interpretation group at the beach. Lt. Kowallis and Sgt. Gill spent many hours of their free time at the beach collection cowrie and other shells to send home. 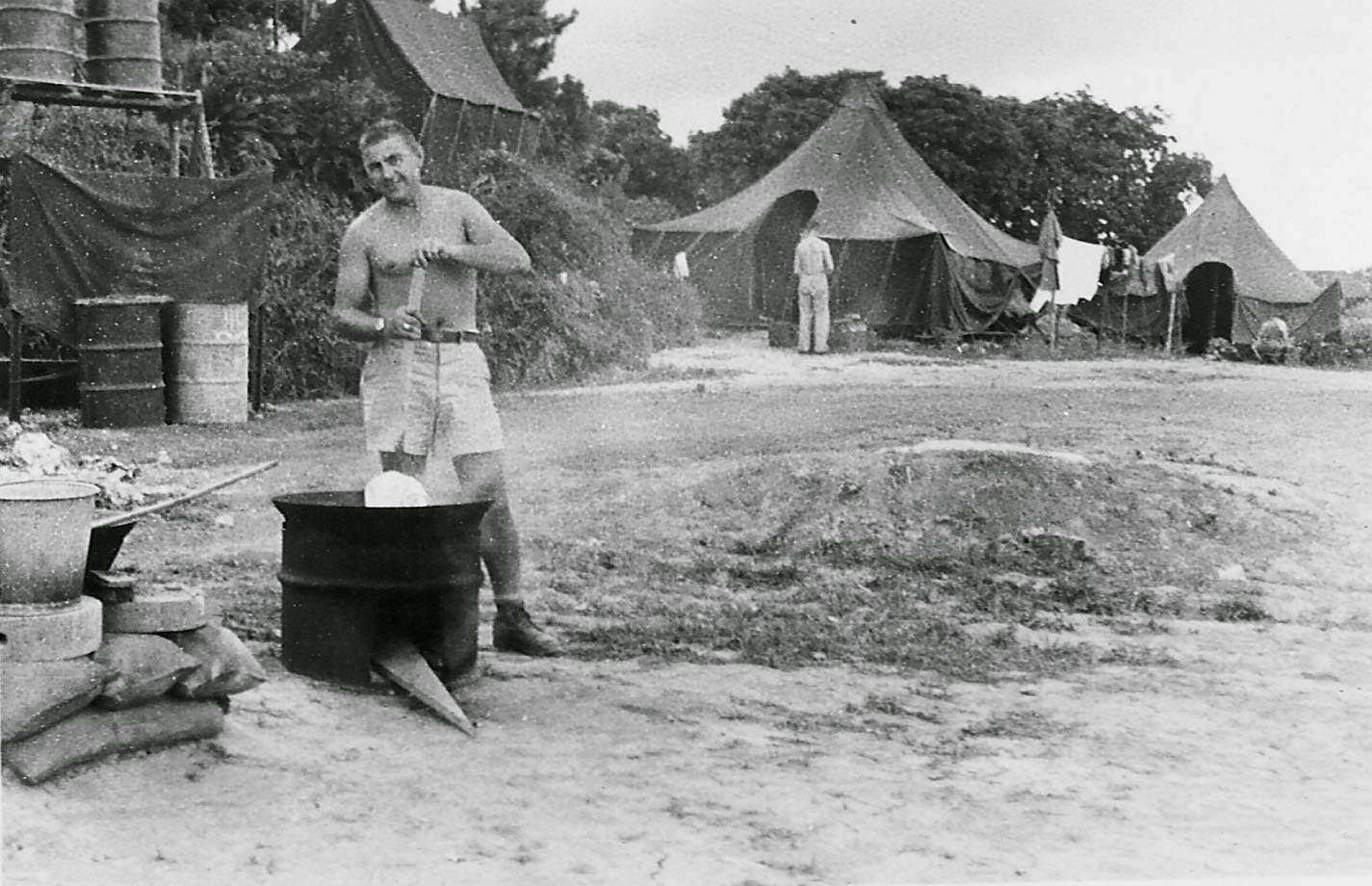 Lt. Martin Martinson doing his laundry in the 10th Army camp on Okinawa. 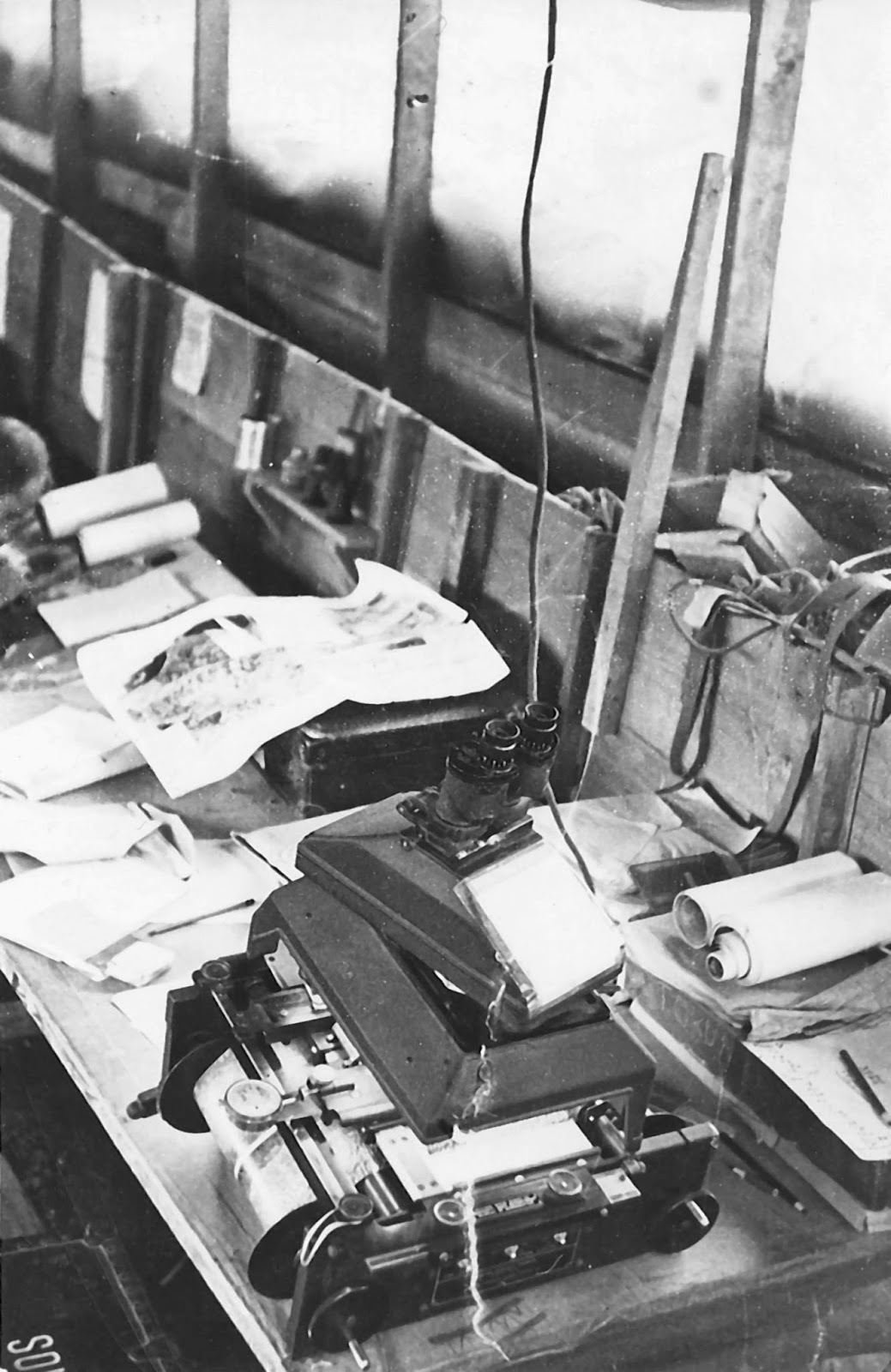 Aerial photo analyzer used during the war by the photo interpretation group. 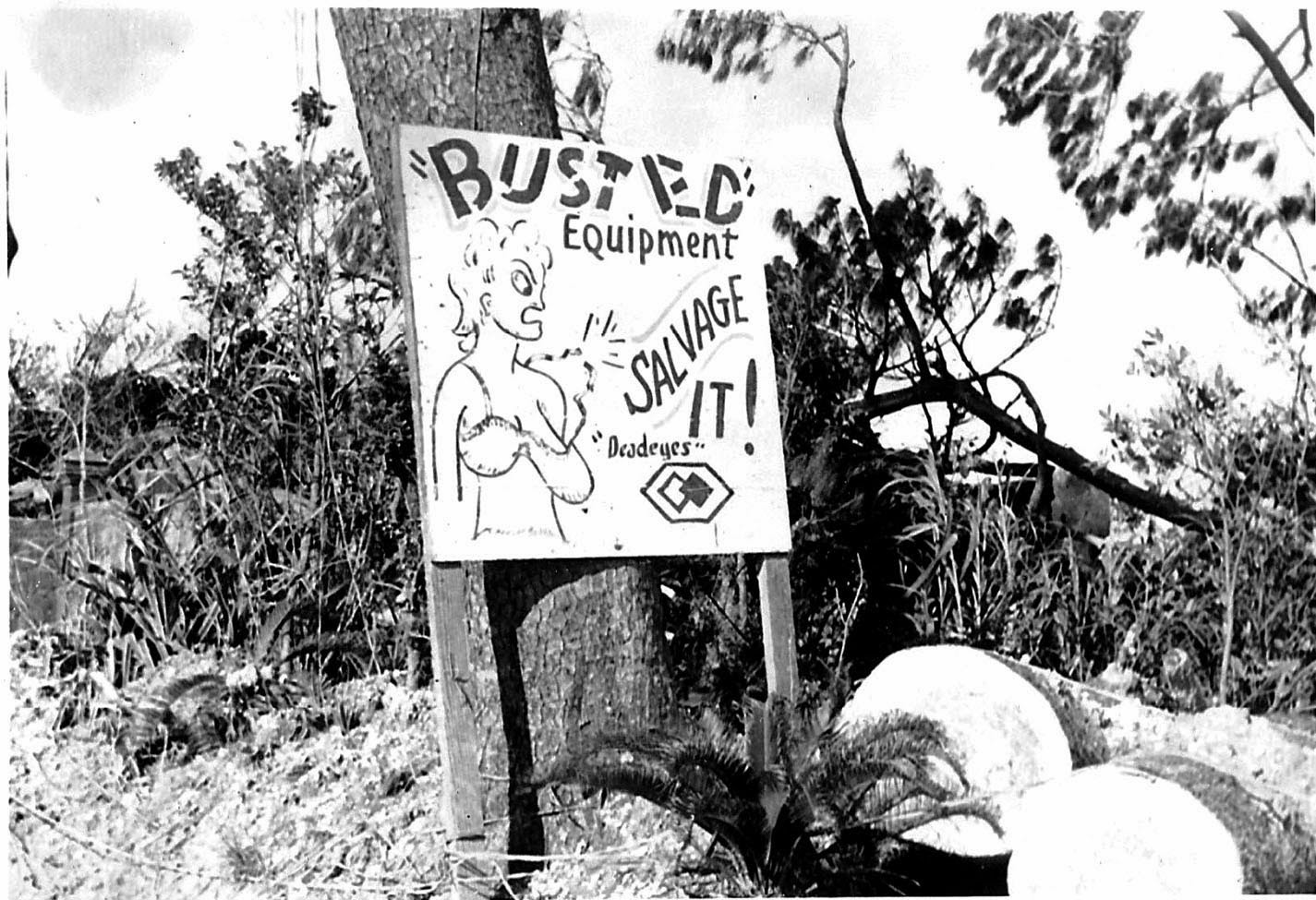 One of the colorful signs posted around the 10th Army Camp. 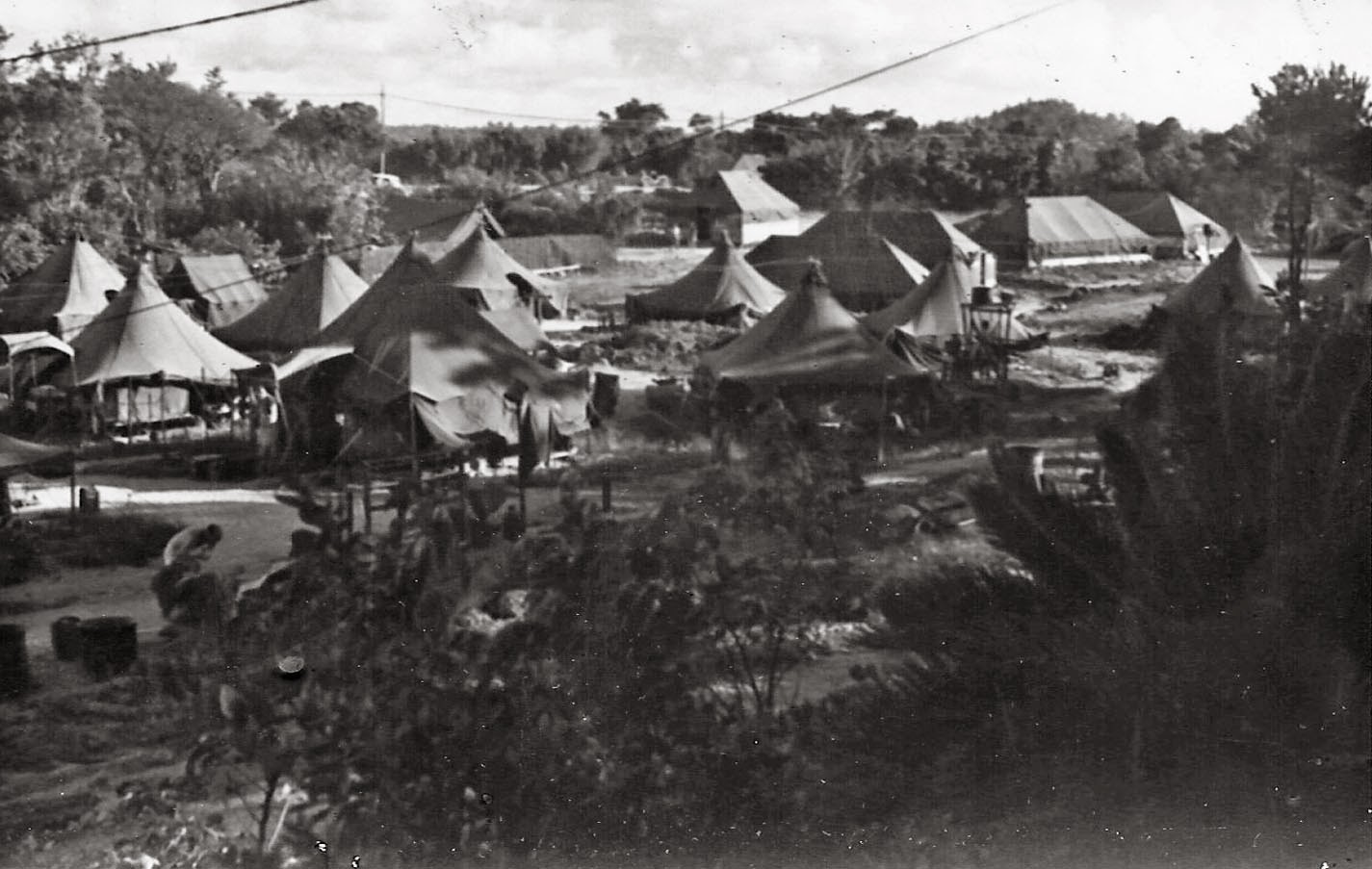 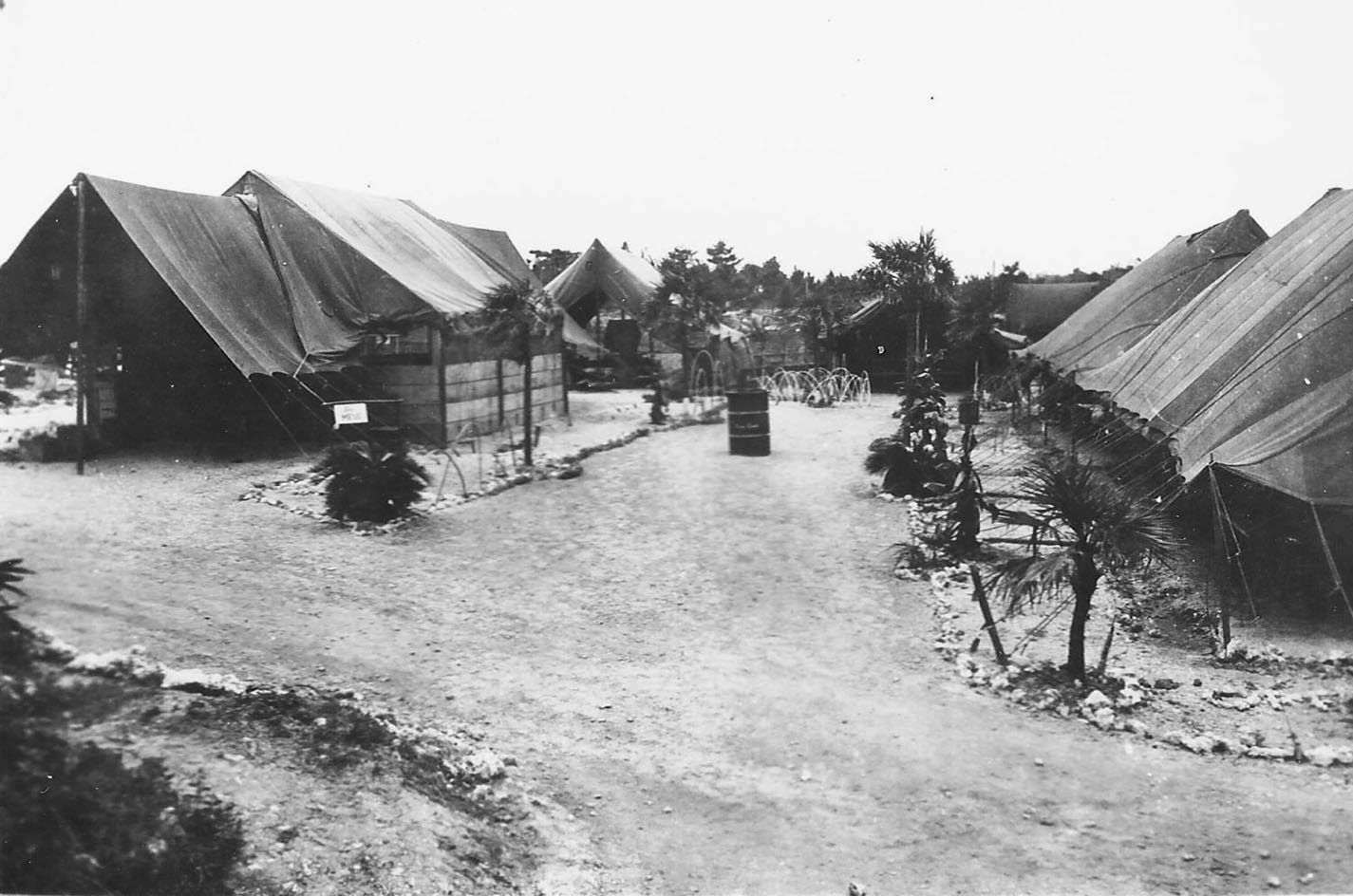 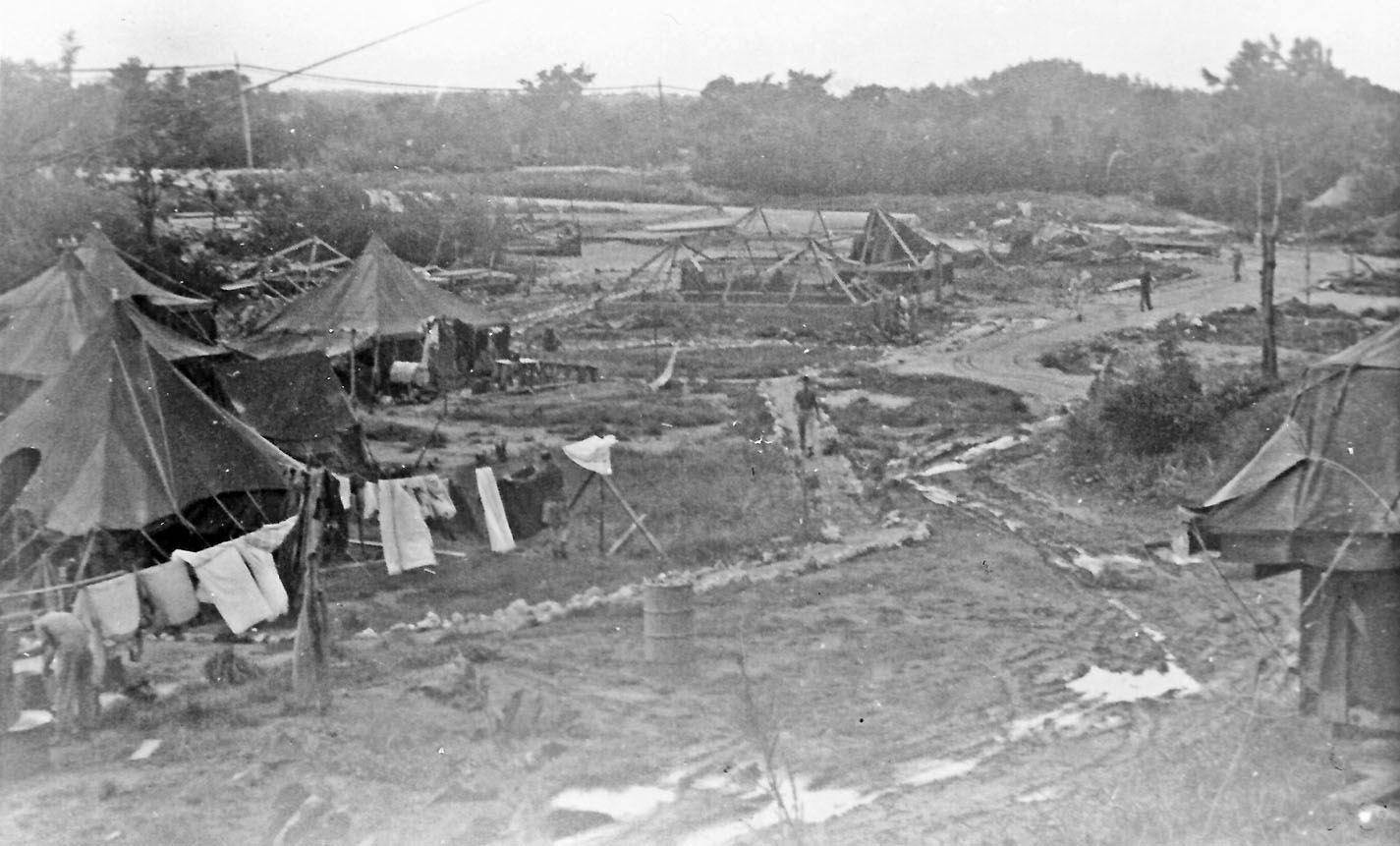 10th Army Camp area after the typhoon hit Okinawa in October 1945. Only a few tents survived the storm. 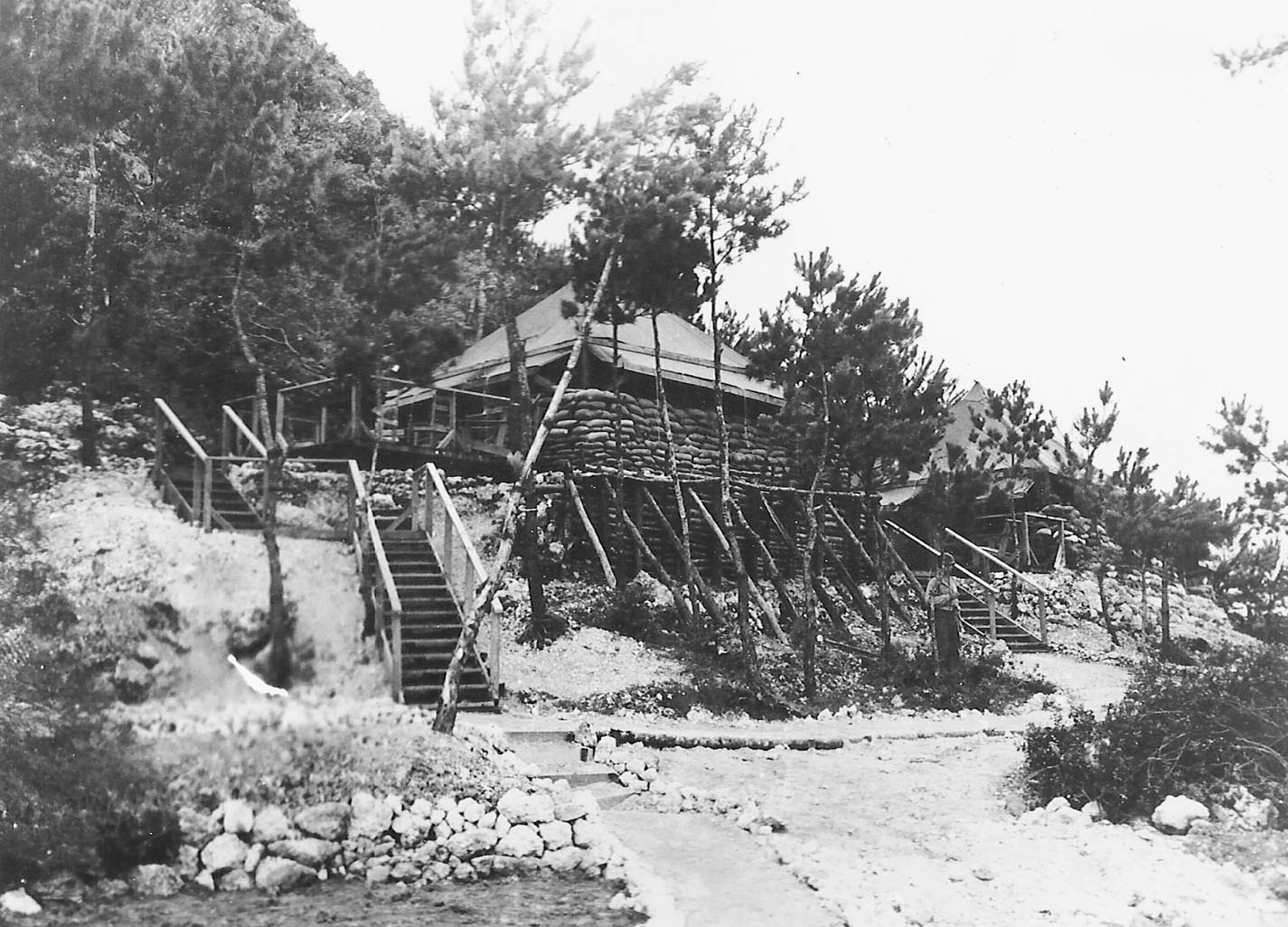 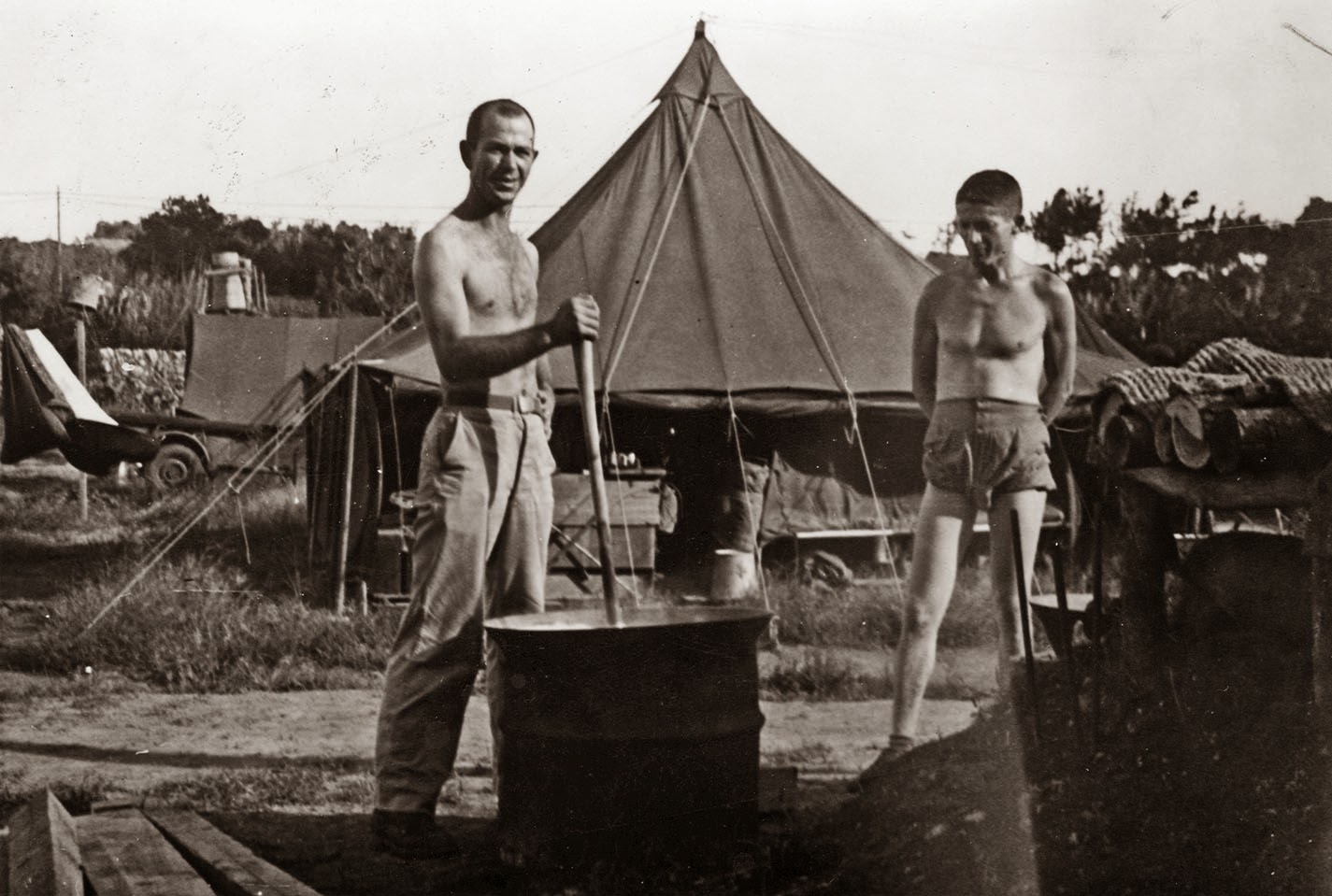 Lt. Kowallis (left) heating water for his laundry on Okinawa in 1945. I do not know who the other soldier is. 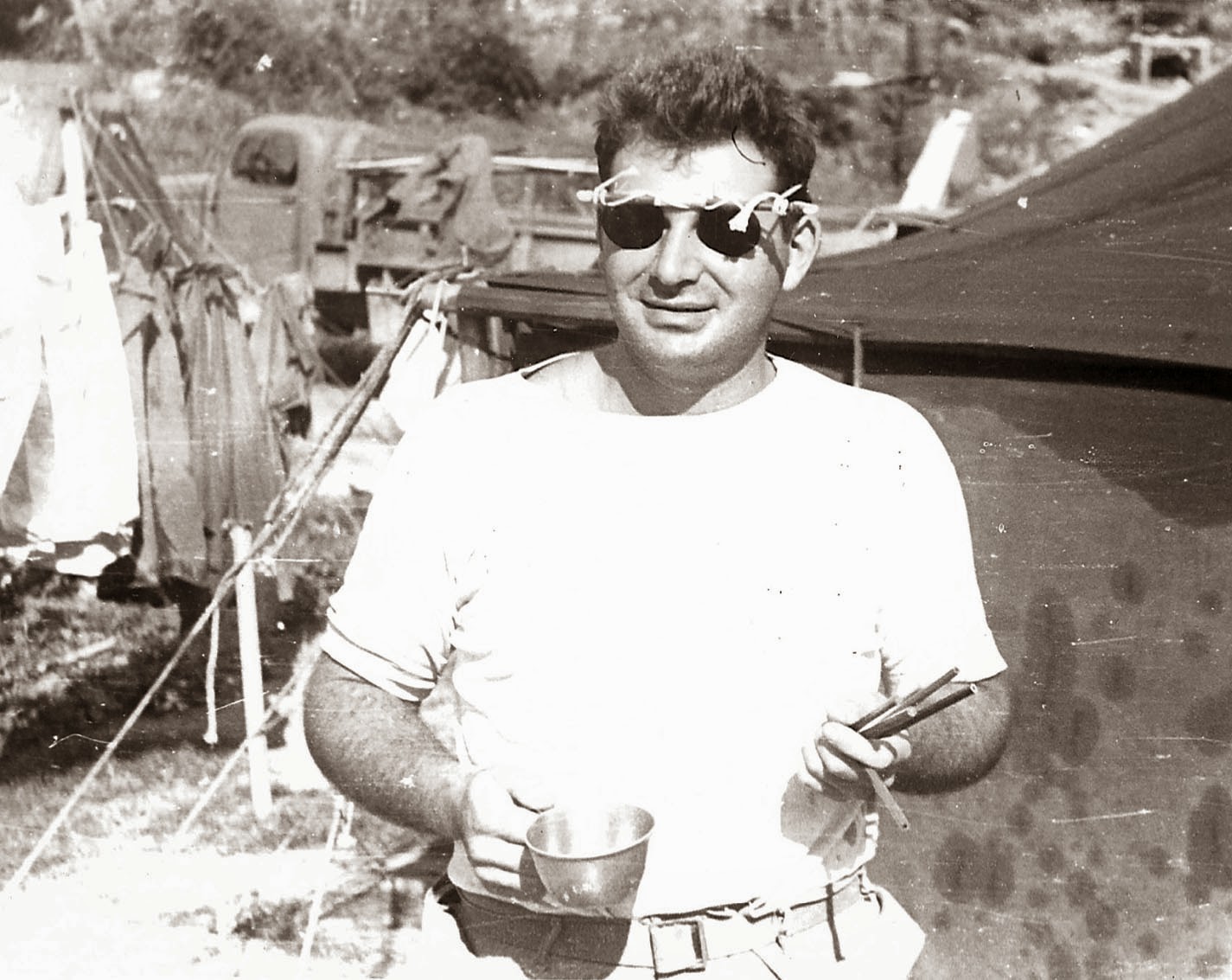 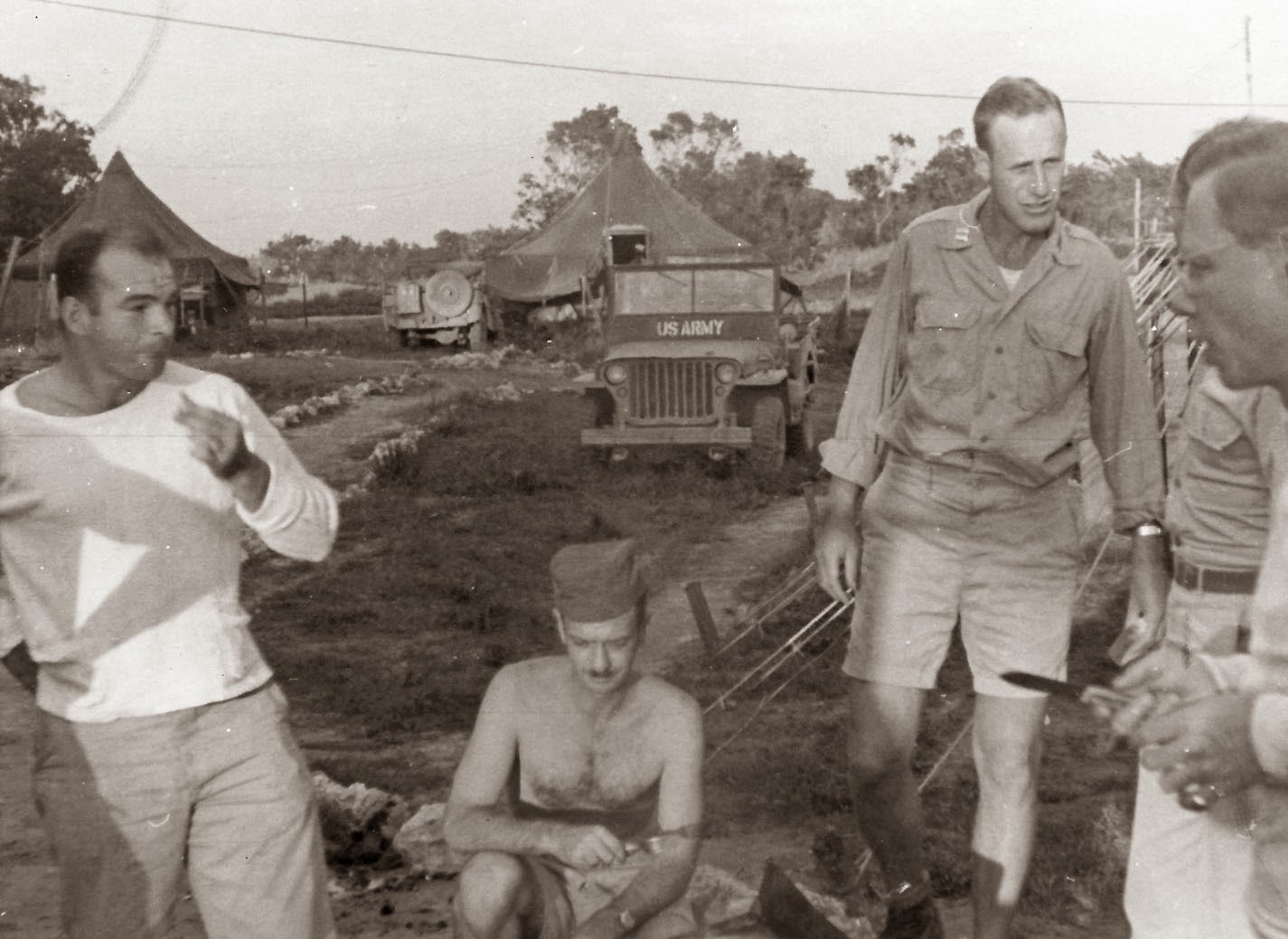 Men of the 10th Army photo group and perhaps others enjoying a steak fry on one of the rare occasions when they got some fresh meat. 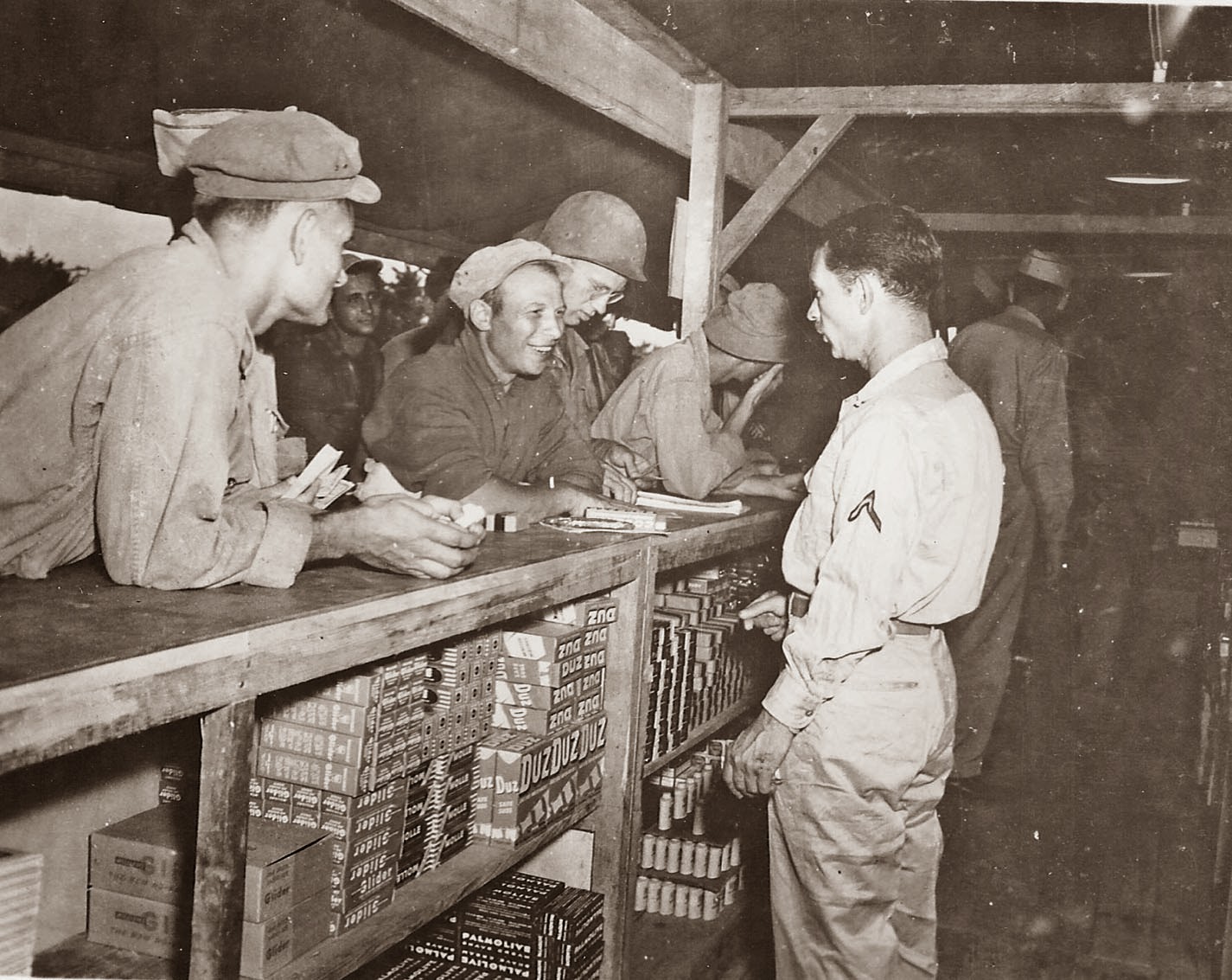 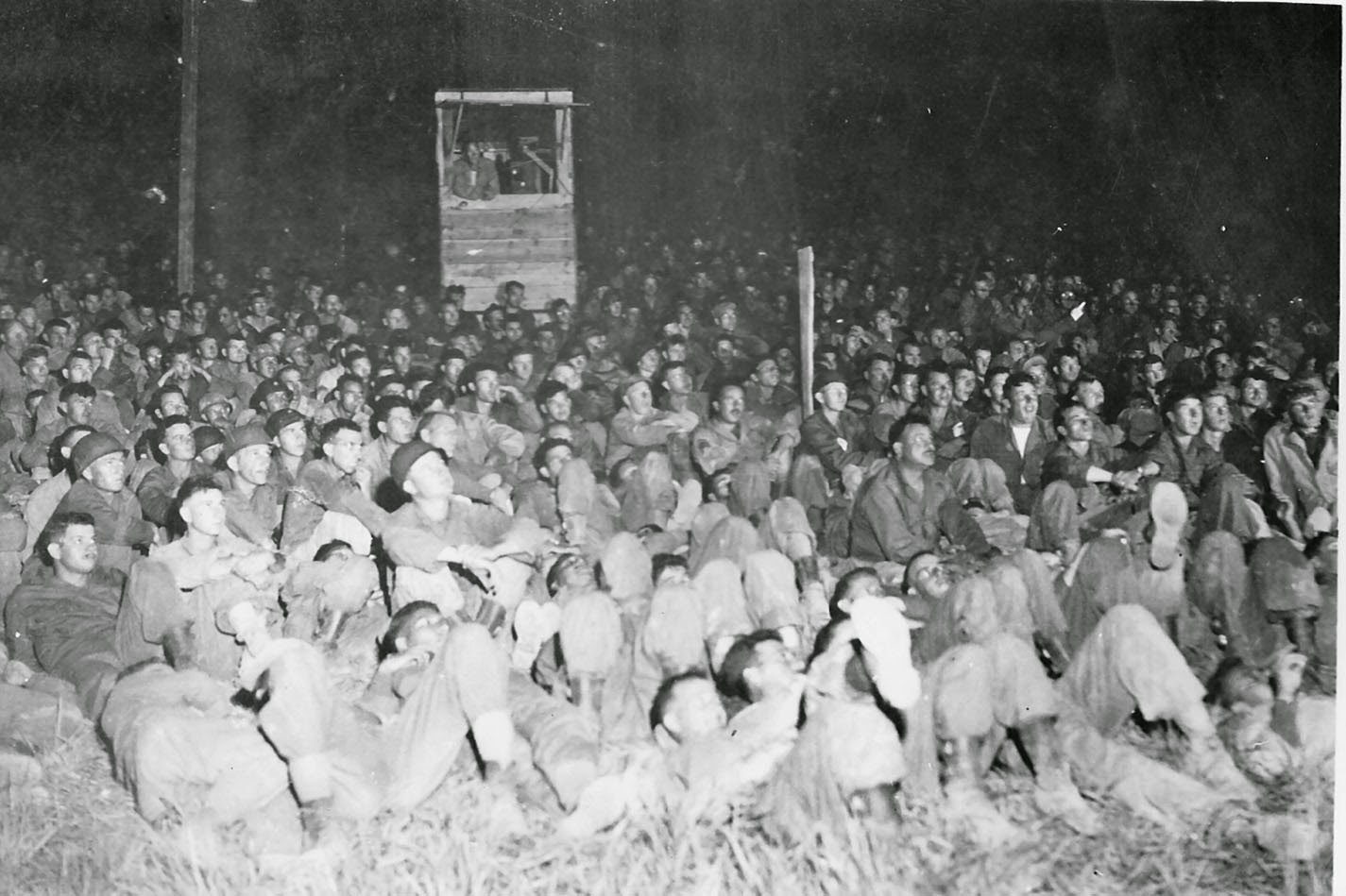 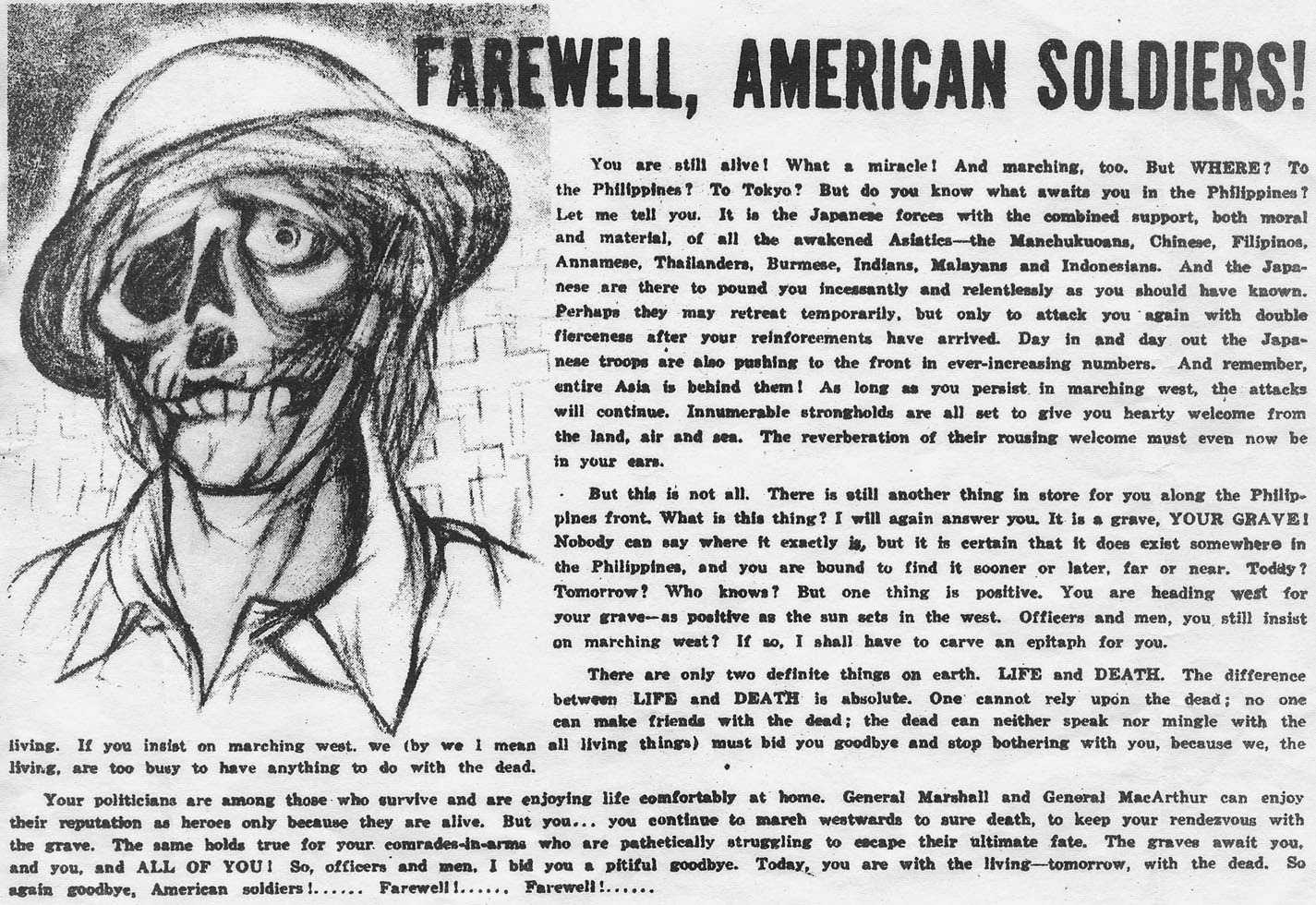 Propaganda dropped by the Japanese into the area of the U.S. forces.