War is never glamorous even though it is often portrayed that way in the movies. Pain, separation, and death are all too common. When Lieutenant Kowallis (my father) came to Okinawa in 1945, he and his mapping/aerial photo team were not exposed to the horrors of war as often as soldiers on the front lines, but what they did see still left them with mental scars that were hard to escape. My father told me once that the most lasting impression he had of Okinawa was the stacks of coffins he saw being loaded to send back home to loved ones who would never again see their brother or father or son.

But it was not just the Americans who suffered great loss. The Japanese soldiers on the island were wounded and died as well. These photos from my father's collection haunt me as I wonder about the mothers and fathers, brothers and sisters, and perhaps wives and children of these men. You can read more about the Battle of Okinawa on Wikipedia, PBS.org, and History.com. 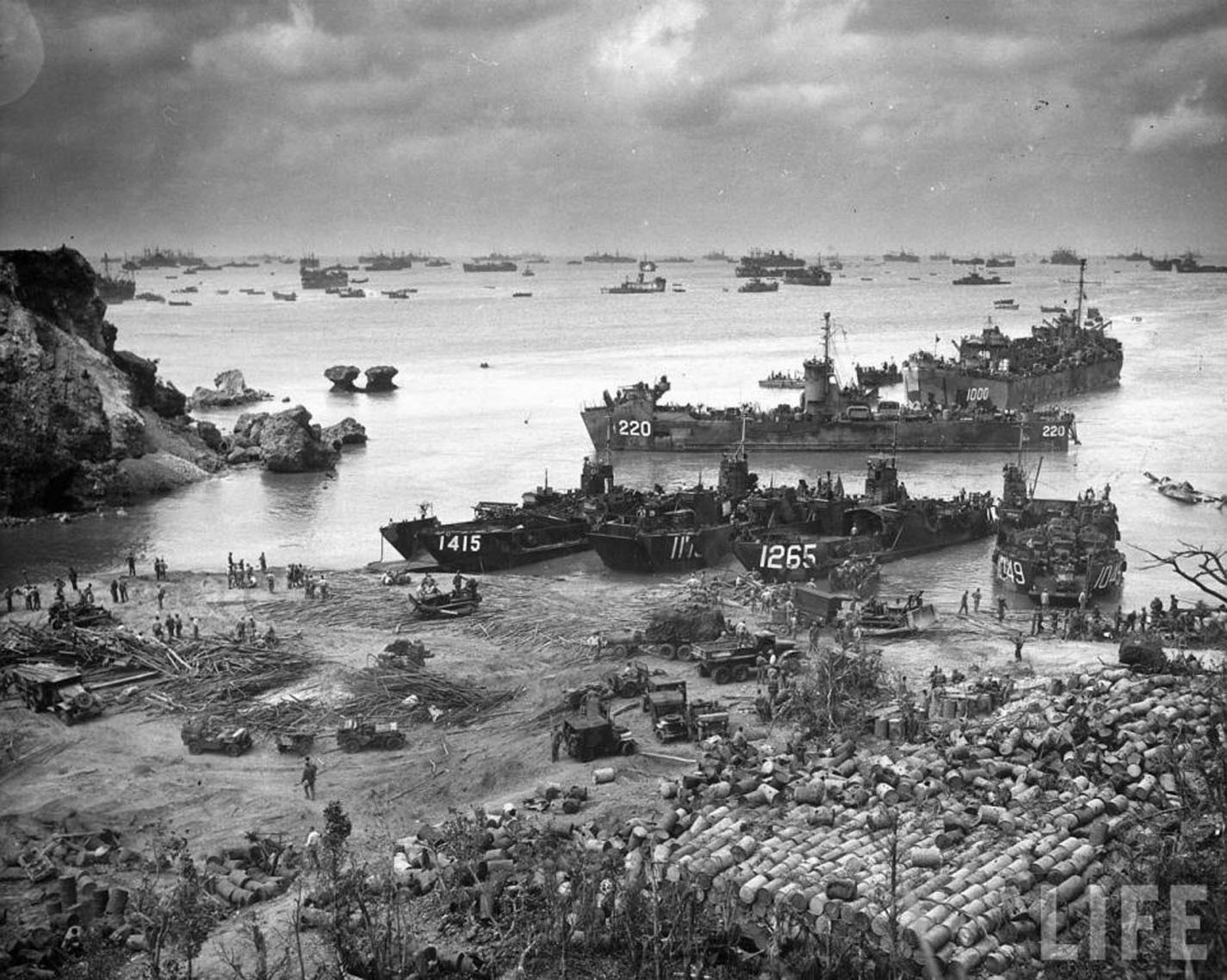 Life Magazine's photo of the American troops landing on Okinawa in April 1945. 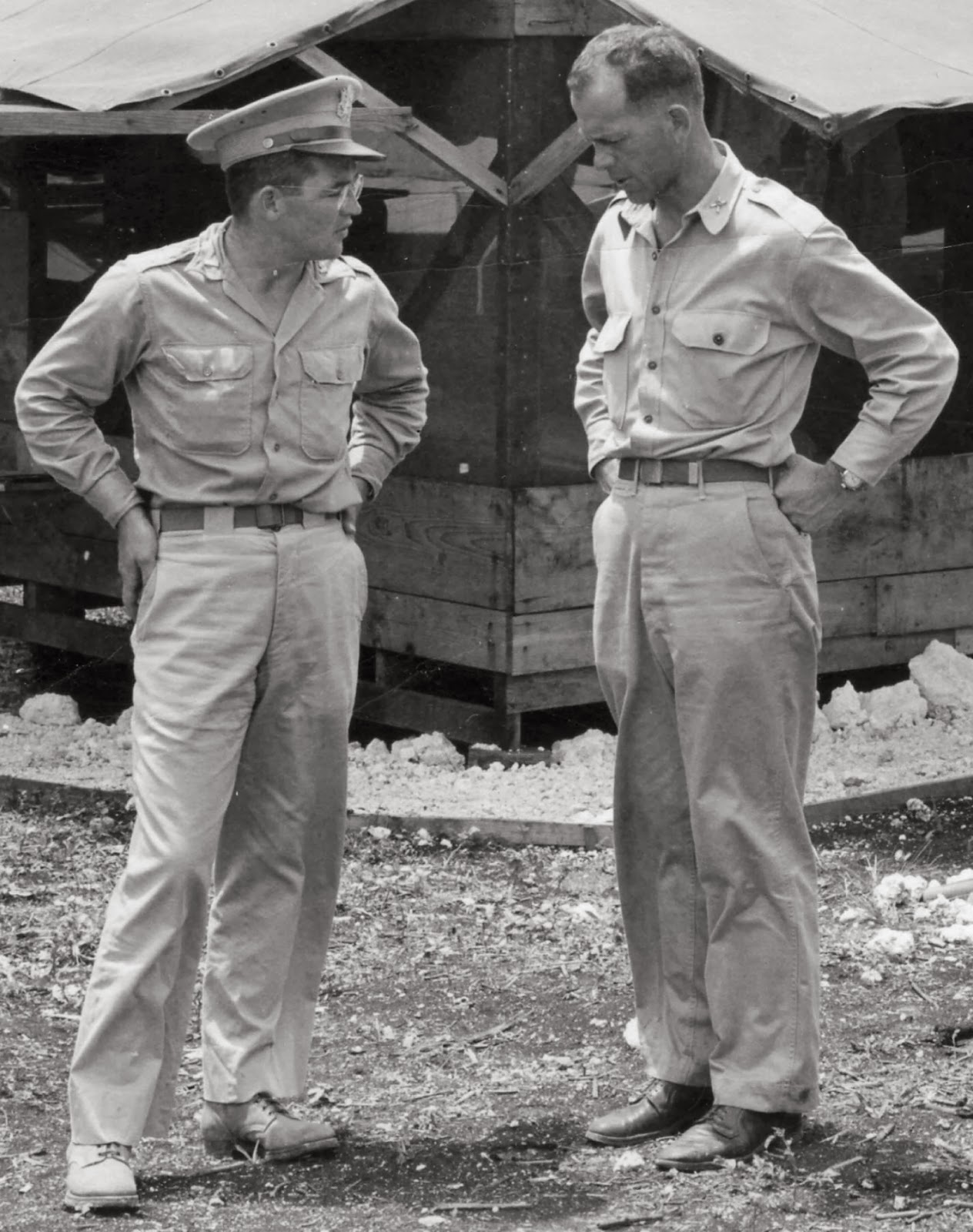 Lieutenants Martinsen (left) and Kowallis (right) outside their quarters on Okinawa in 1945. 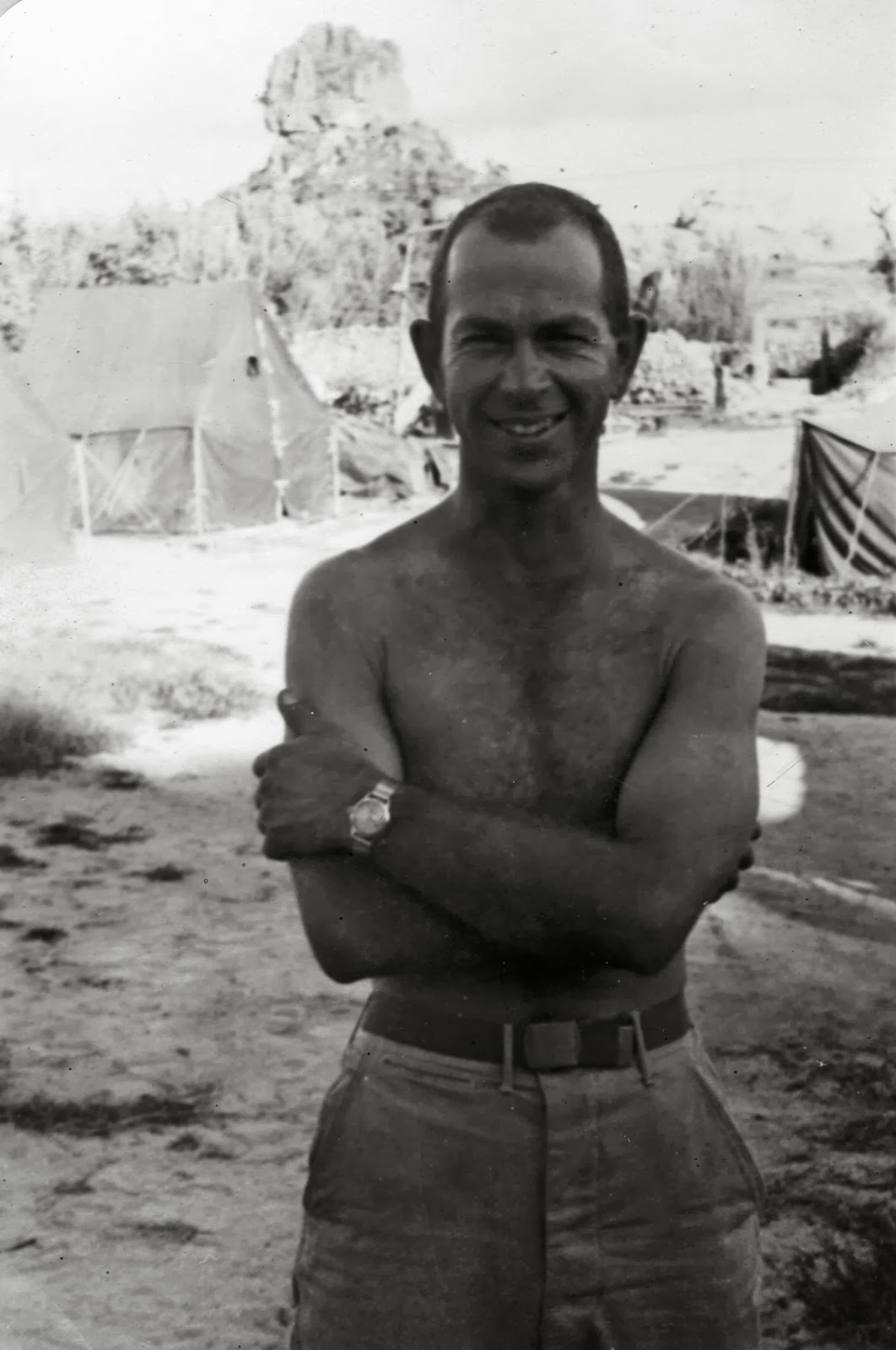 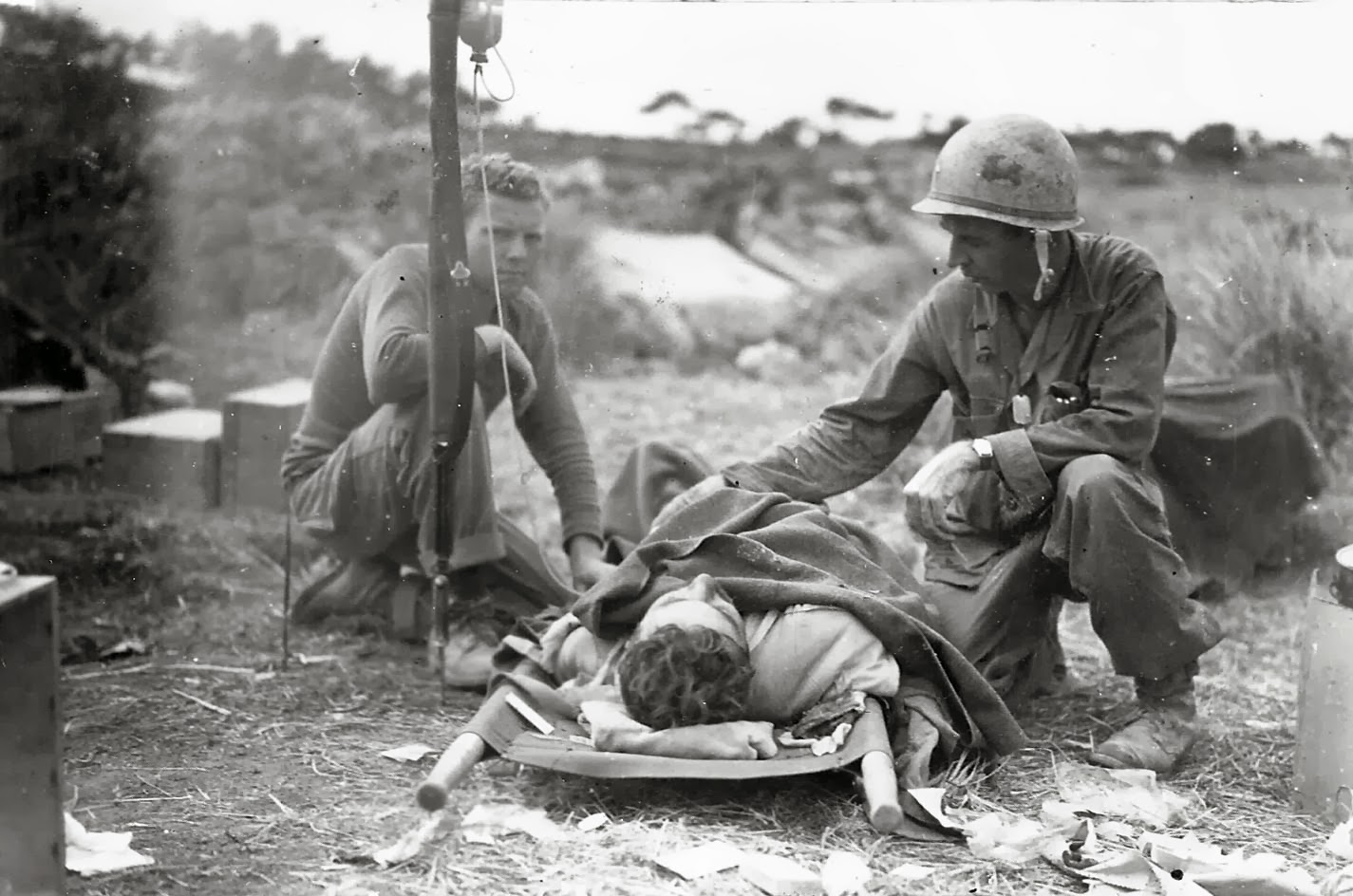 A wounded American soldier on Okinawa in May 1945. 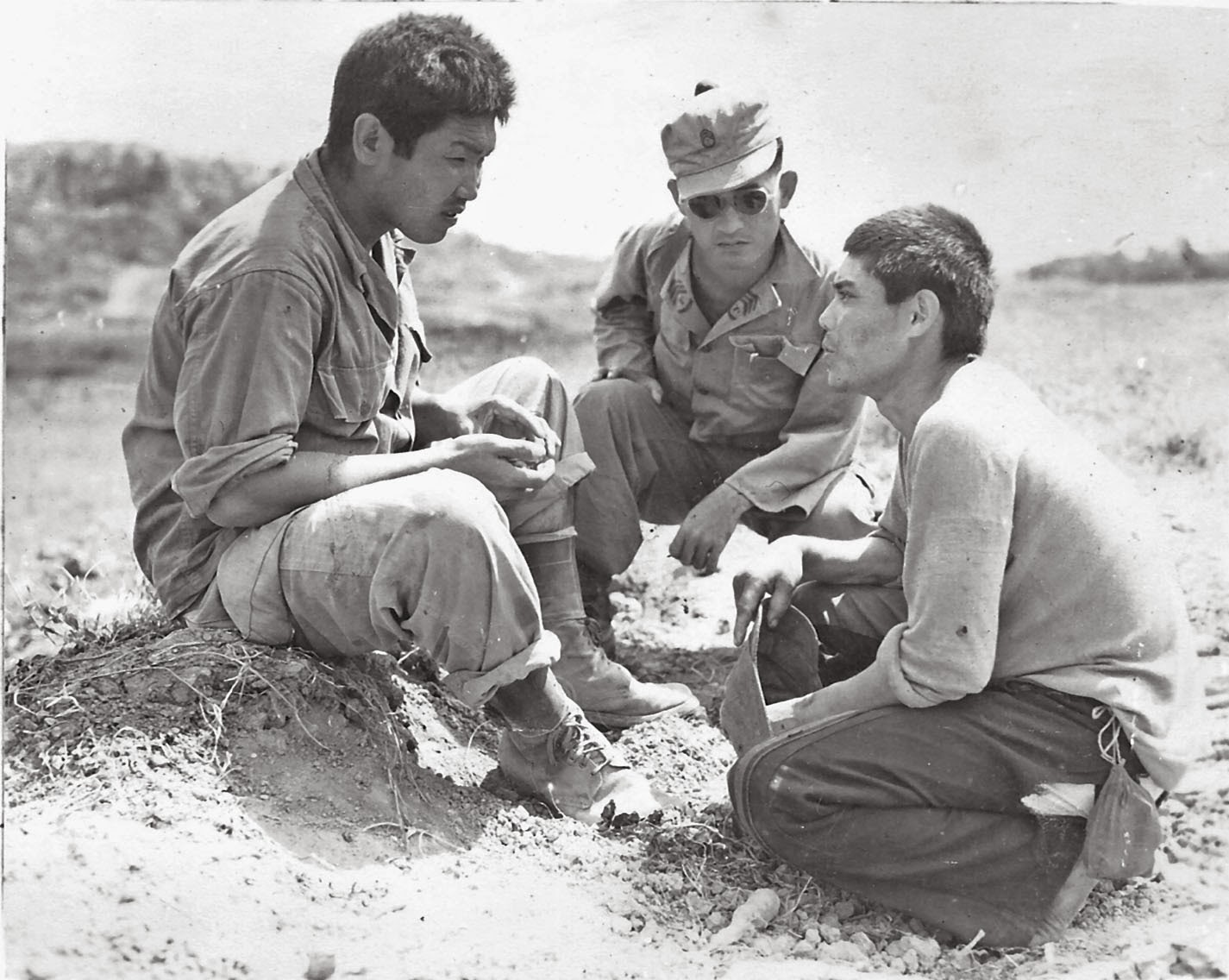 A Japanese prisoner being interrogated on Okinawa. 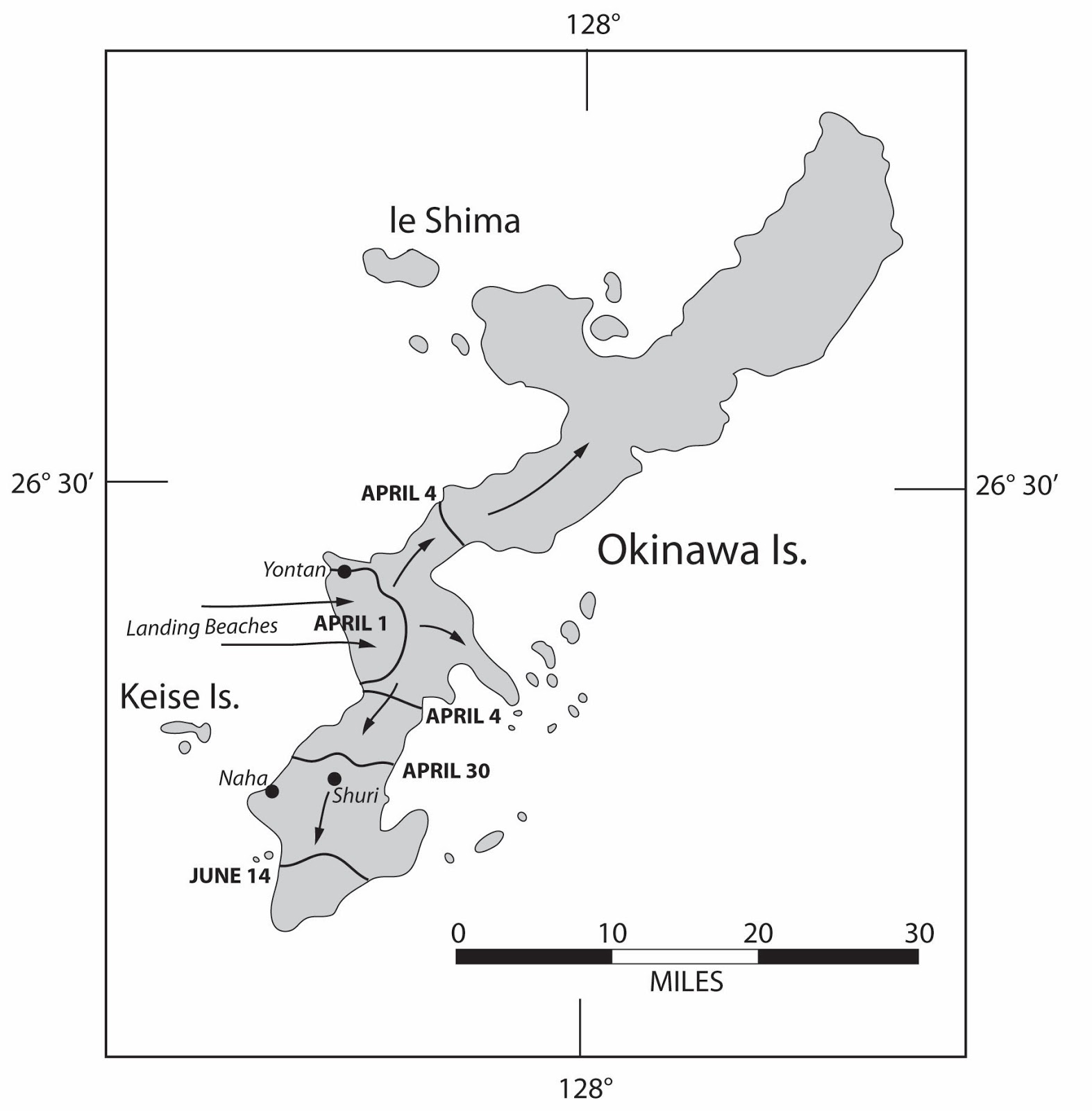 Map of American advance on the island of Okinawa in 1945. 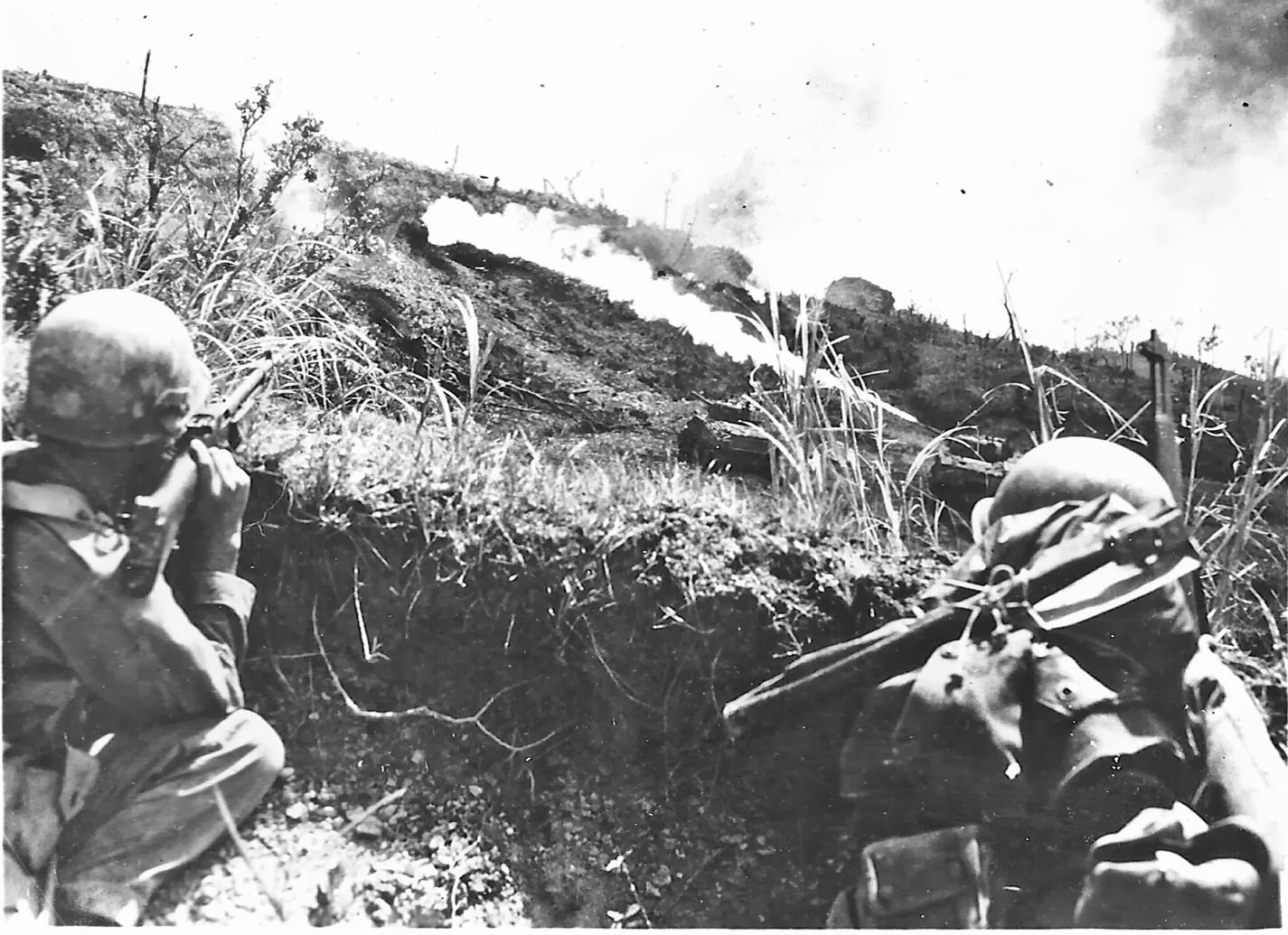 As the Americans moved across the island, they used flame throwers to burn the vegetation and destroy the cover for the enemy. These photos show the flame throwing troops in action. Above is the assault on Hill 178. 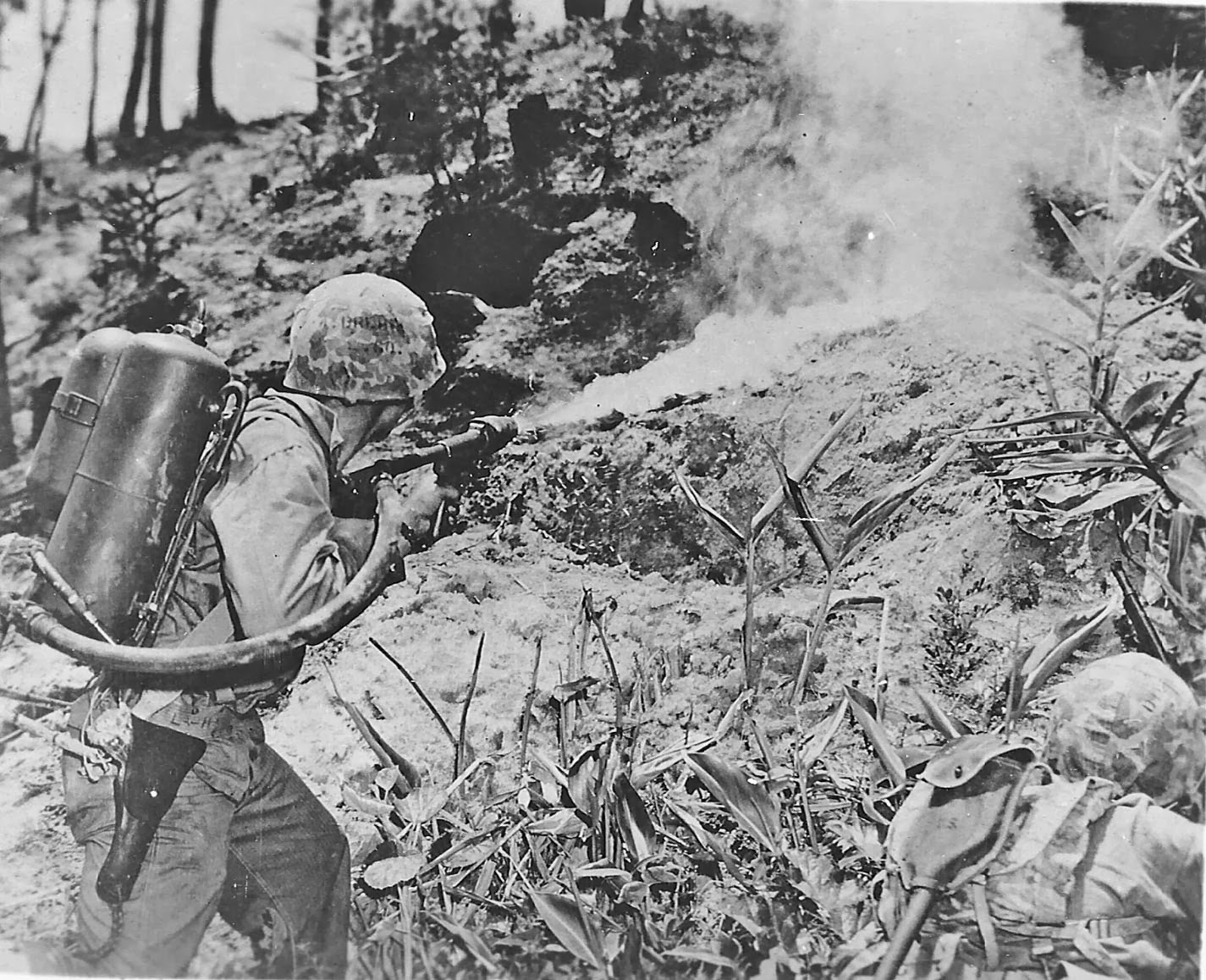 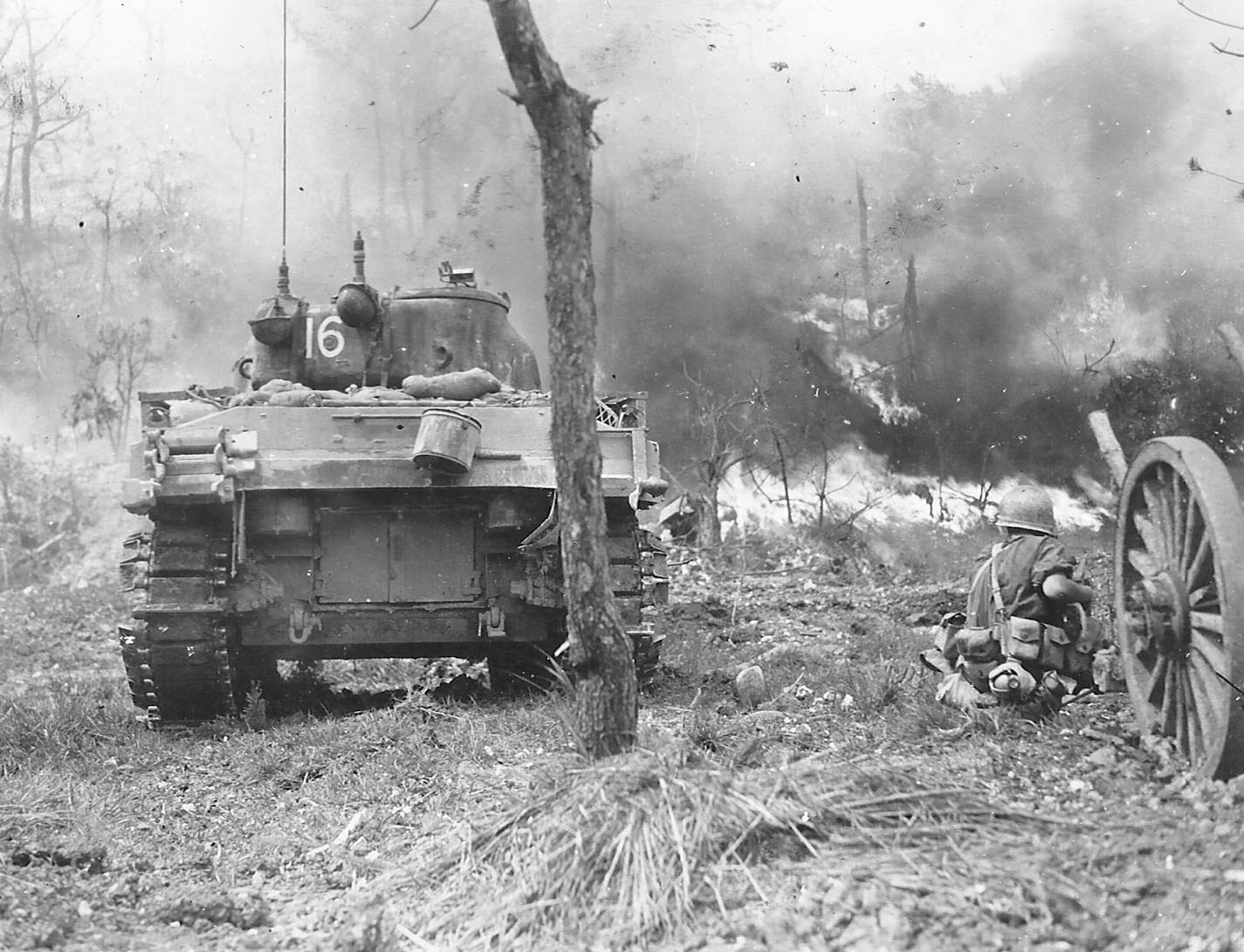 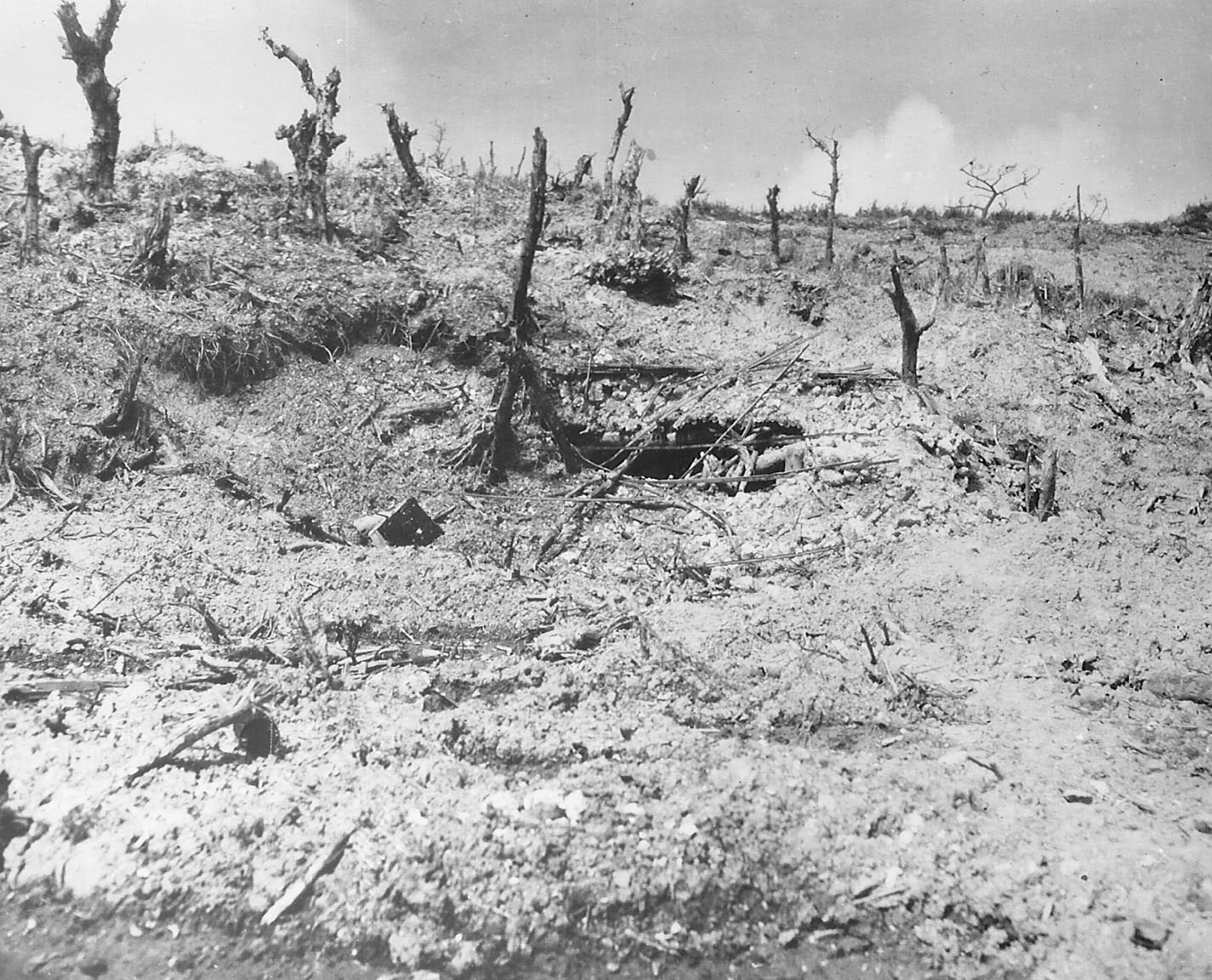 The flame throwers left behind a wasteland. What was once a forested, green countryside, became a burned, scarred land. 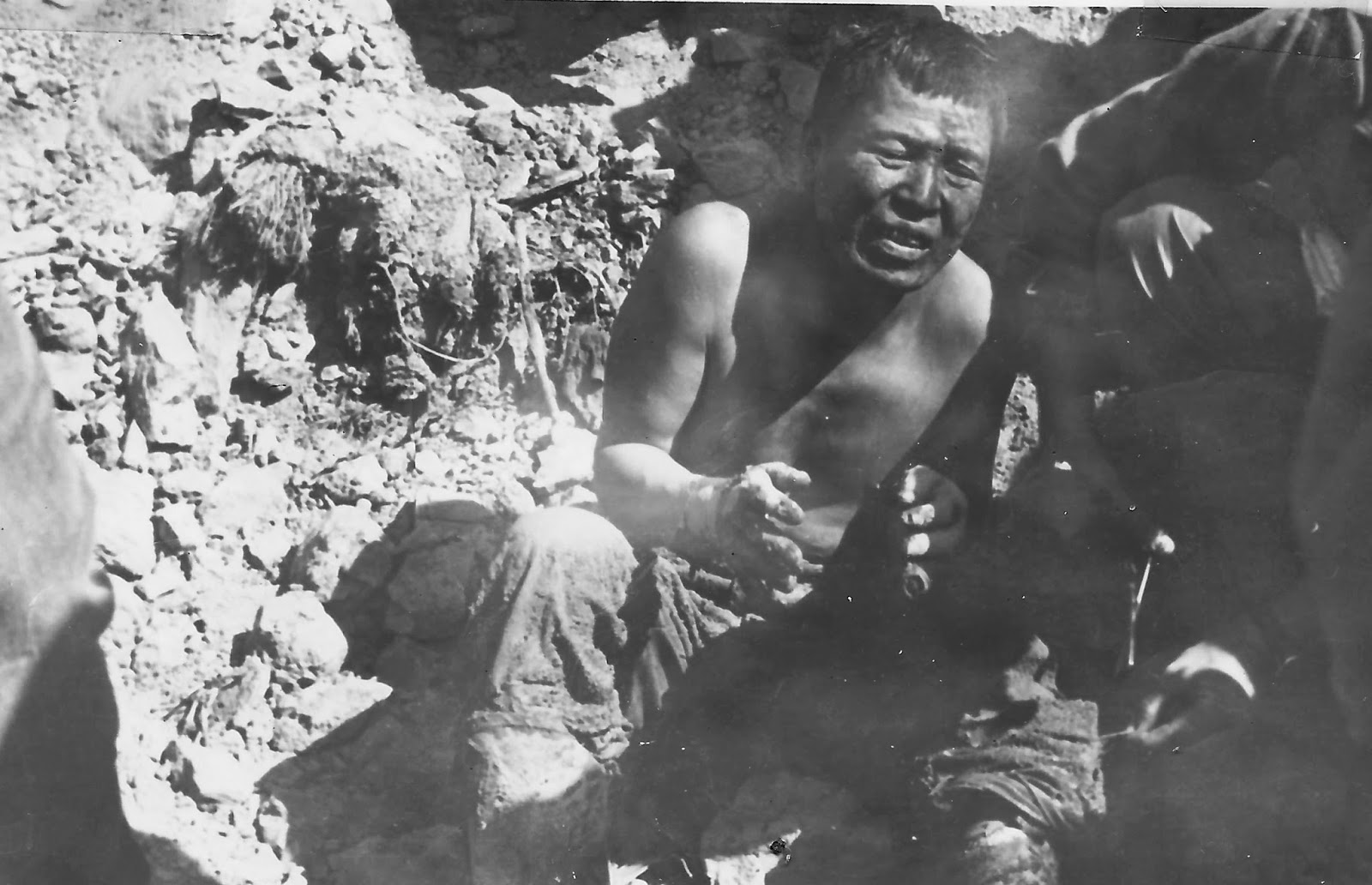 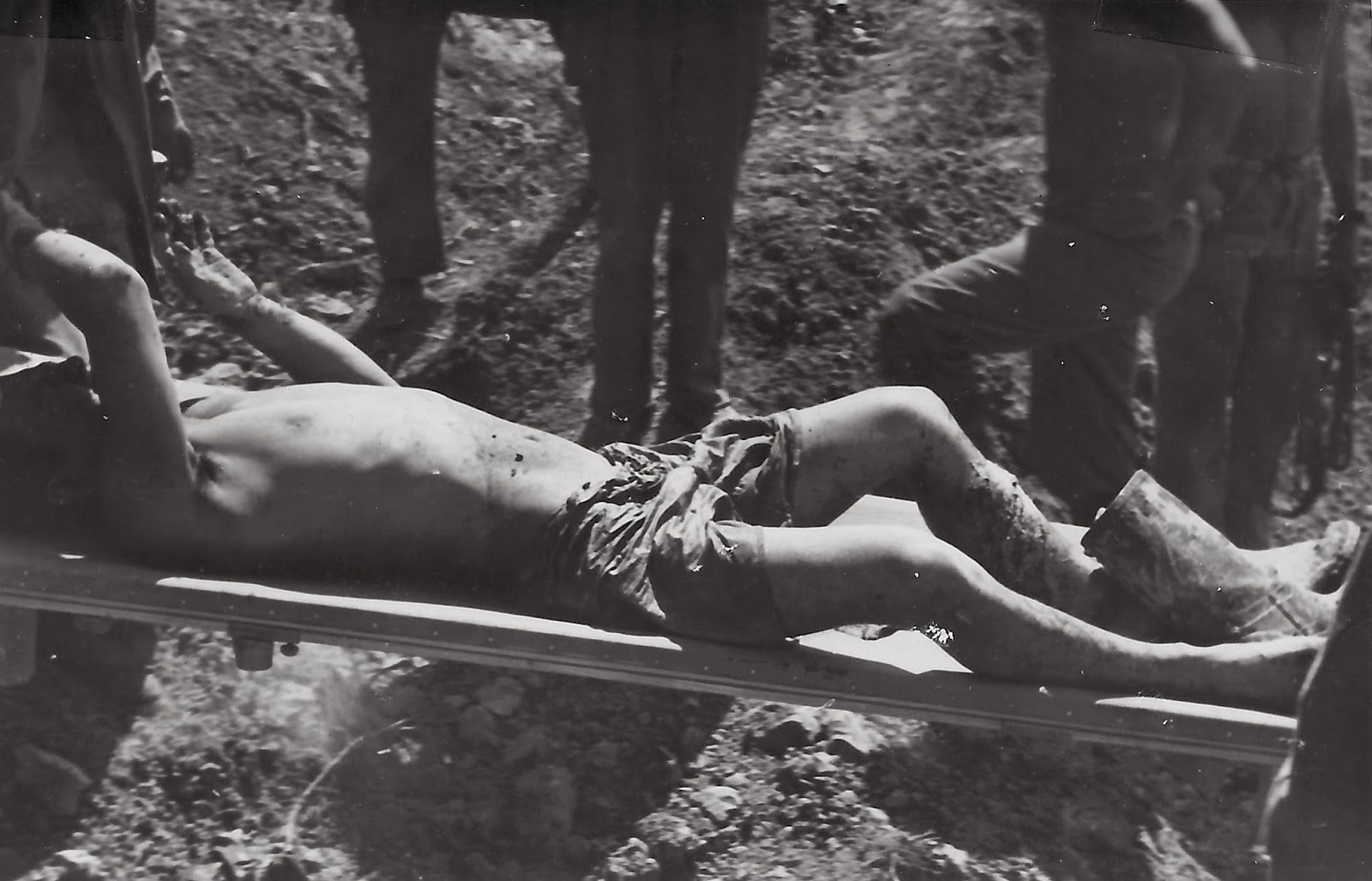 This Japanese officer, seen in the above two photos, was badly burned by the flame throwers.