On the 7 September 1945, the Japanese forces in the Ryukyu Islands (including Okinawa) officially surrendered in an impressive ceremony on Okinawa. Prior to the ceremony, the Japanese delegation arrived on the island on the 4 September 1945 and Lt. Kowallis wrote this home:

Today was the day when all the Jap Generals & Admirals from the other islands came to Okinawa to surrender to the 10th Army. My driver has been hauling them back & forth all day. They have an old house fixed up just a couple hundred yards from my tent which they are using for a sort of headquarters. I expect they will be over there all night reading & signing documents. But I don’t see much of them. The MP’s keep every one pretty much away. 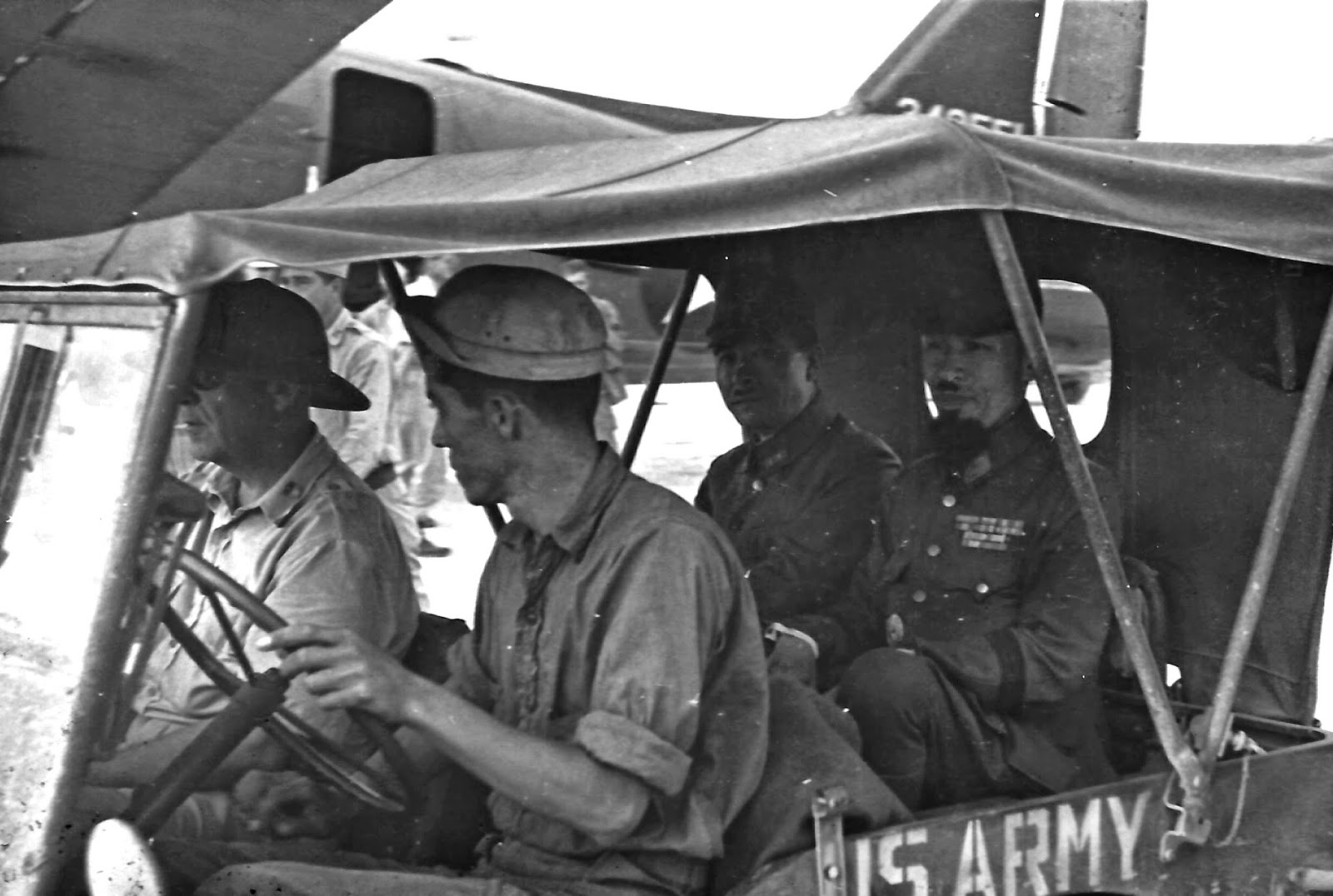 Here is a photo of Lt. Kowallis' jeep and driver with a couple of the Japanese delegation in the rear seat.

On the actual day of the official ceremony, 7 September 1945, Lt. Reinhart T. Kowallis wrote home to his wife Norma about the event. He said:

Today was the day the Japs signed the surrender papers for the Ryukyus. It took place out under the flag pole over by the General’s quarters. Tanks were lined up all along the road and over head squadrons of planes were flying over. Everyone and their dogs were there. Ray & I got a ring side seat up on the hill. As the Jap Generals were brought over the band played “The Old Grey Mare.” None of the Japs looked very happy. I wonder why.

From his ring side seat, Lt. Kowallis took the photos shown here and developed them himself. 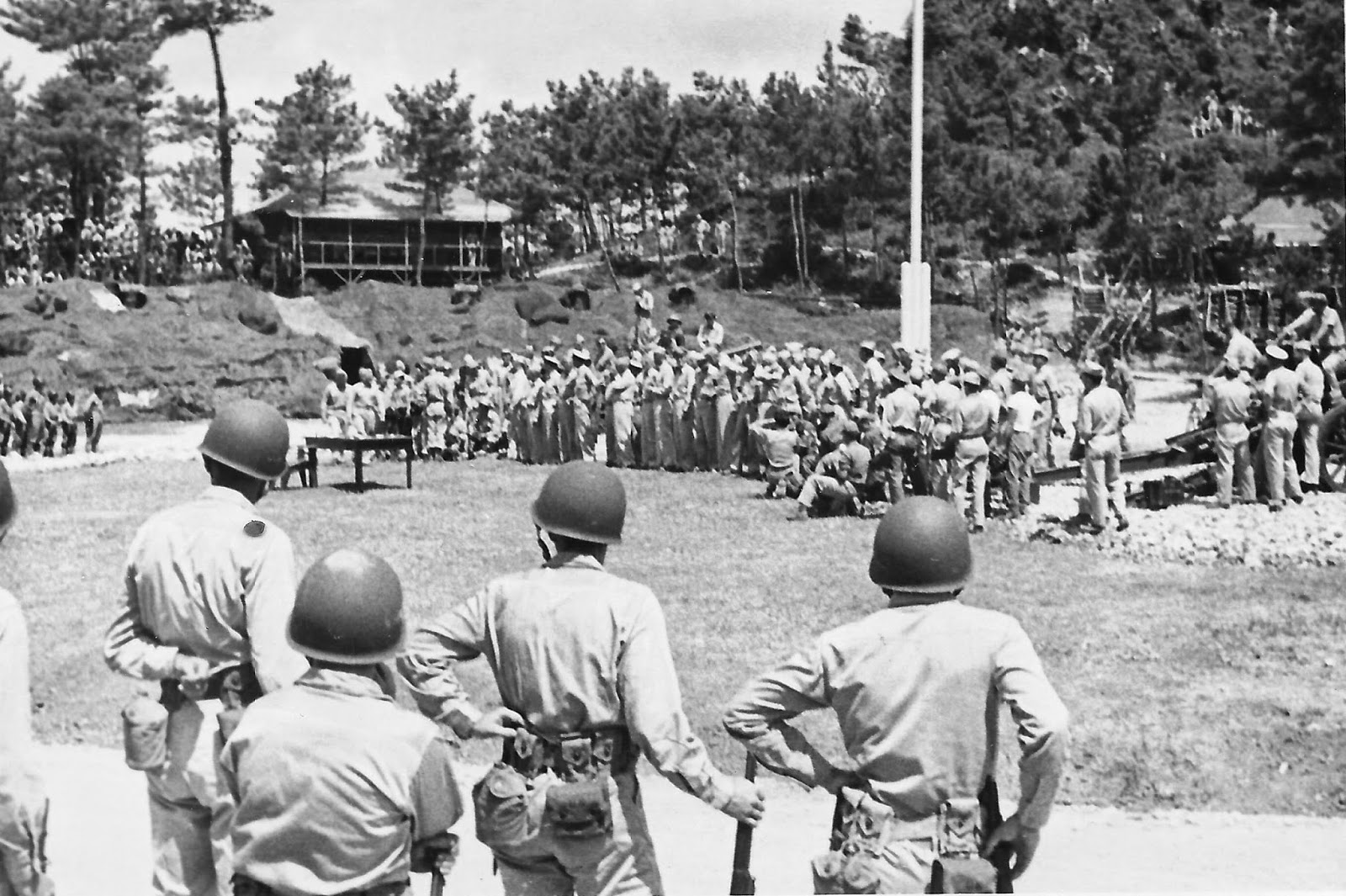 Soldiers gather by the flag pole awaiting the arrival of the Japanese officers for the surrender ceremony. The Commanding General Joseph Stillwell's quarters are in the background in the trees. The table by the flagpole was where the papers were to be signed. 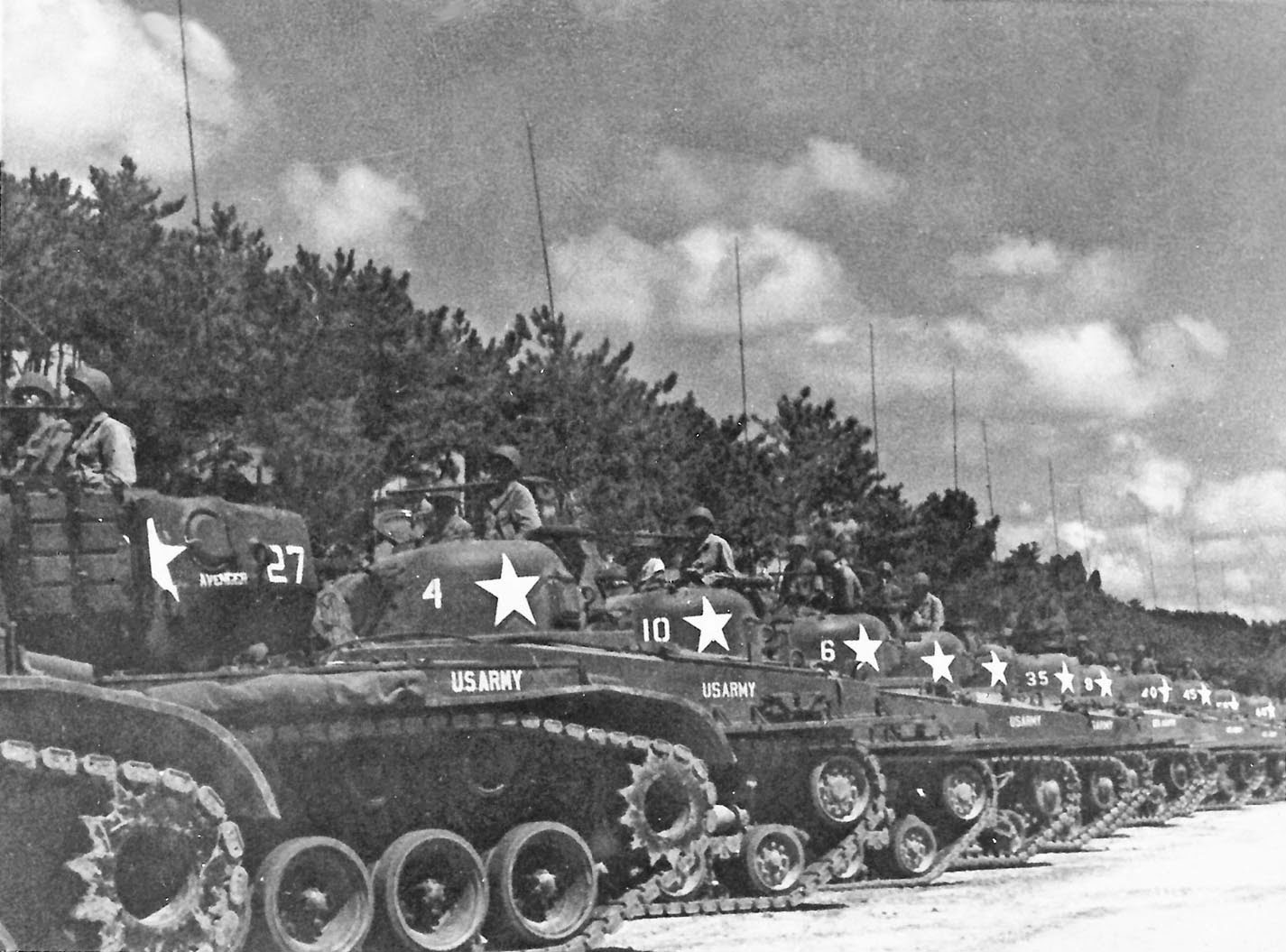 Tanks line the road way from the airport where the Japanese delegation was to arrive. 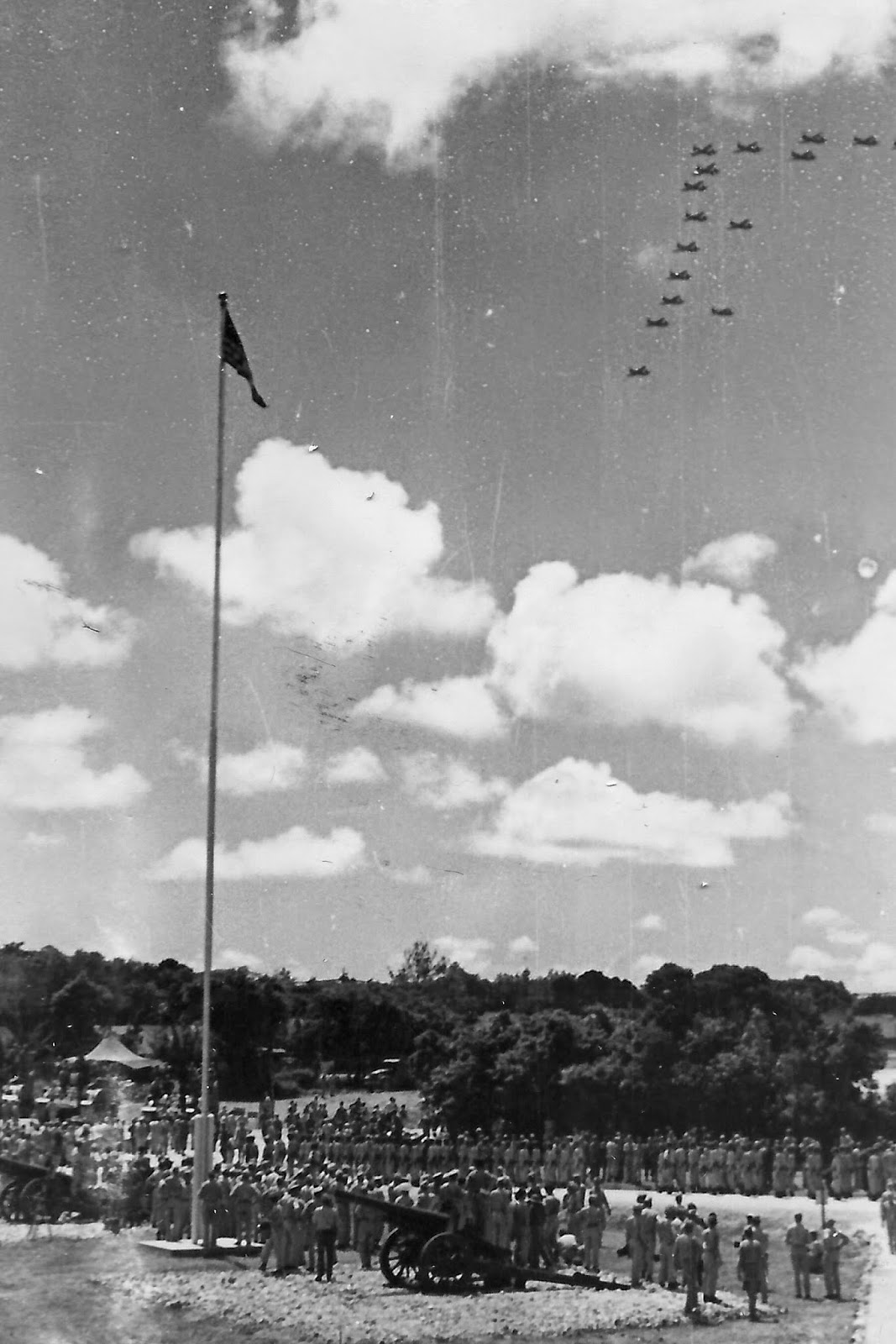 As the time for the ceremony approaches, a squadron of planes flies overhead and men stand by artillery ready to fire and announce the news. 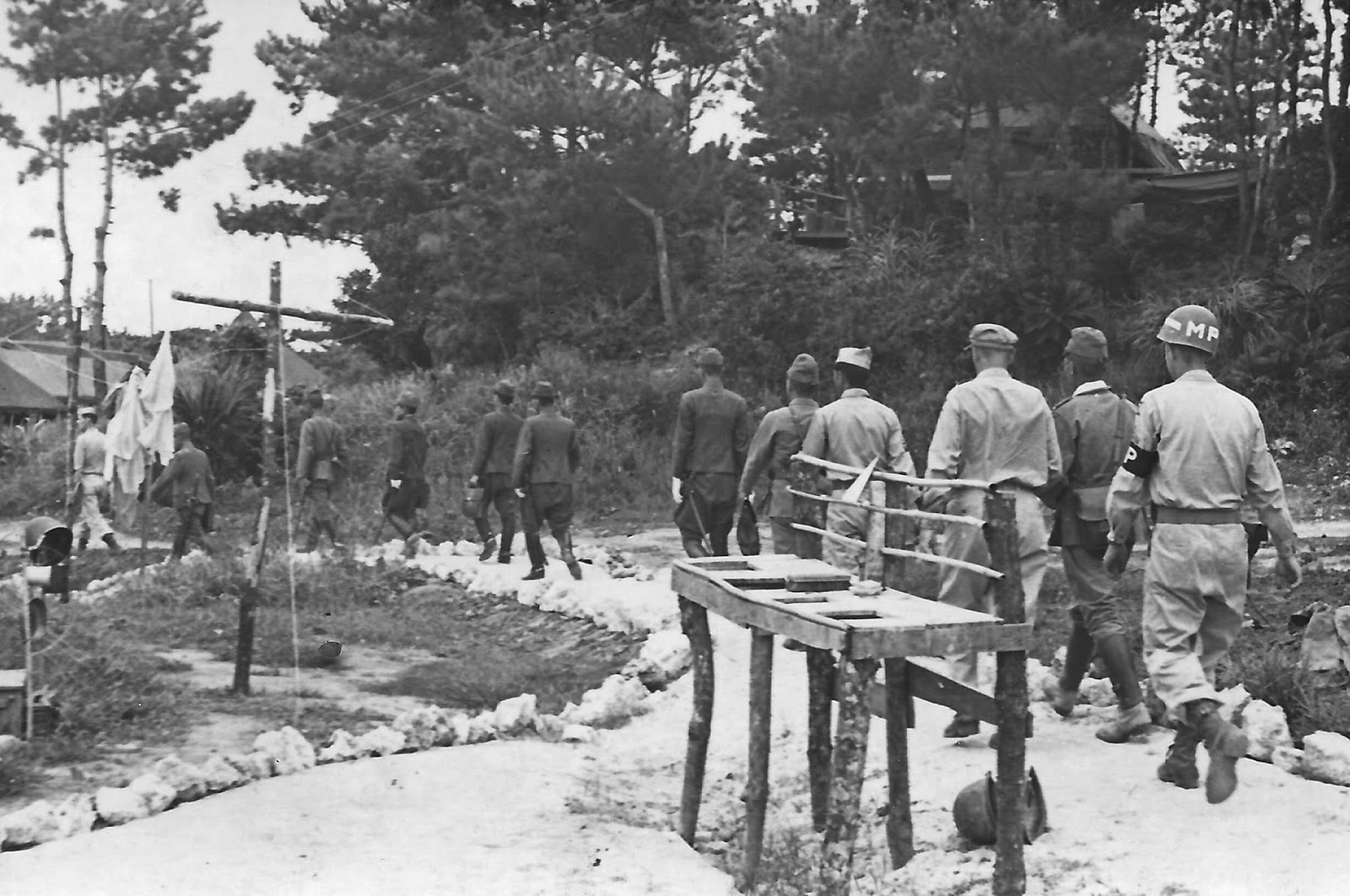 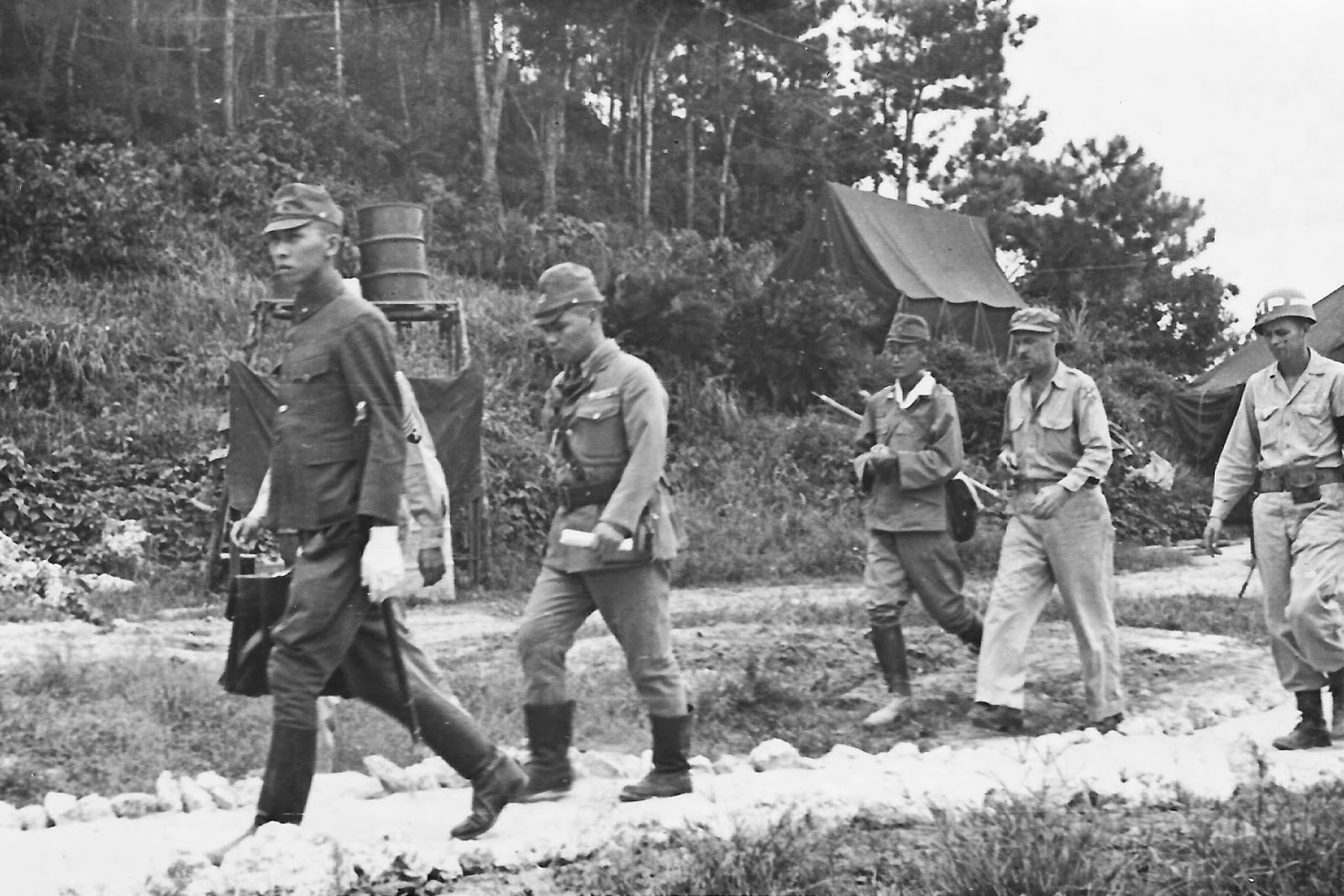 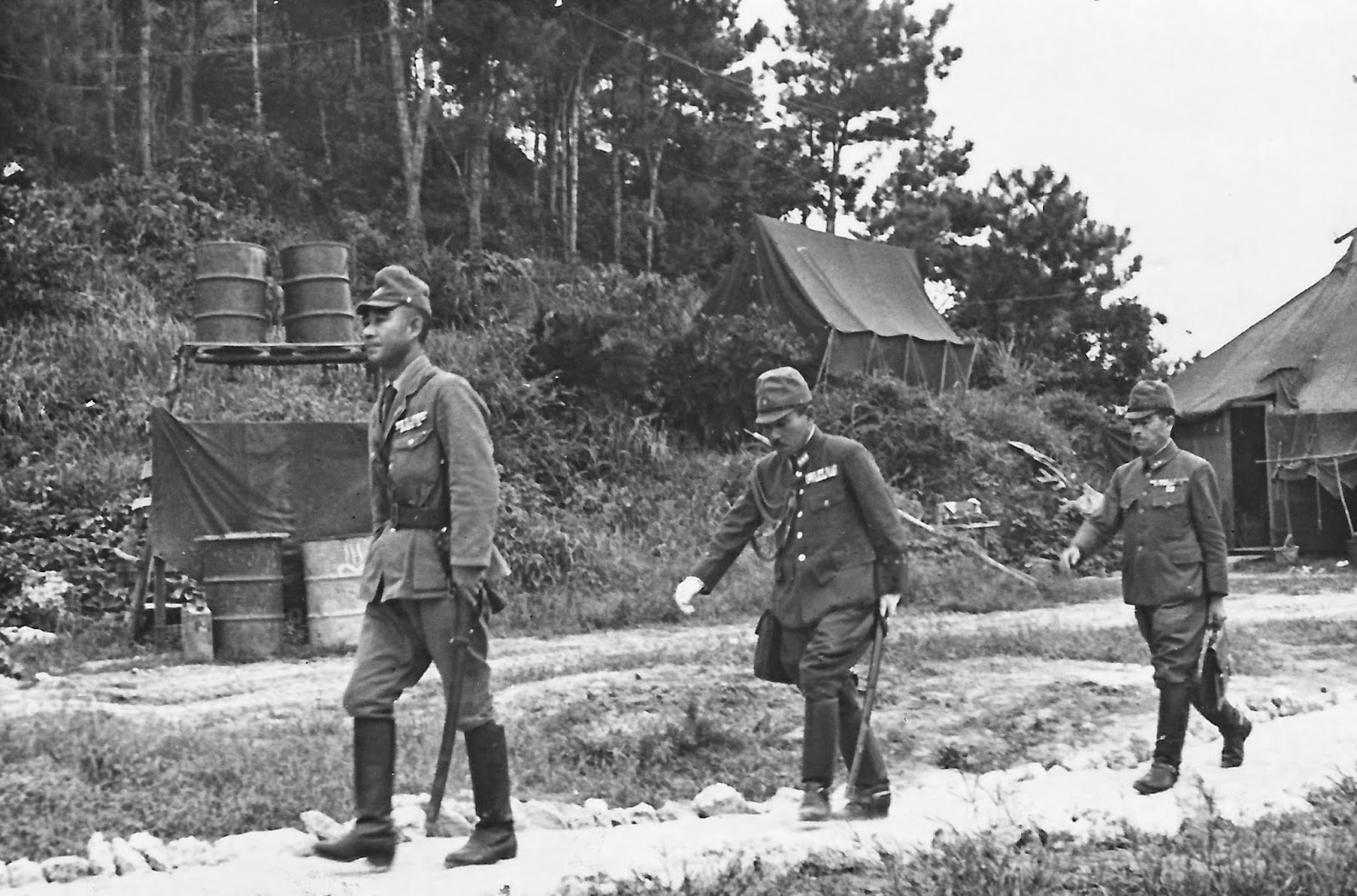 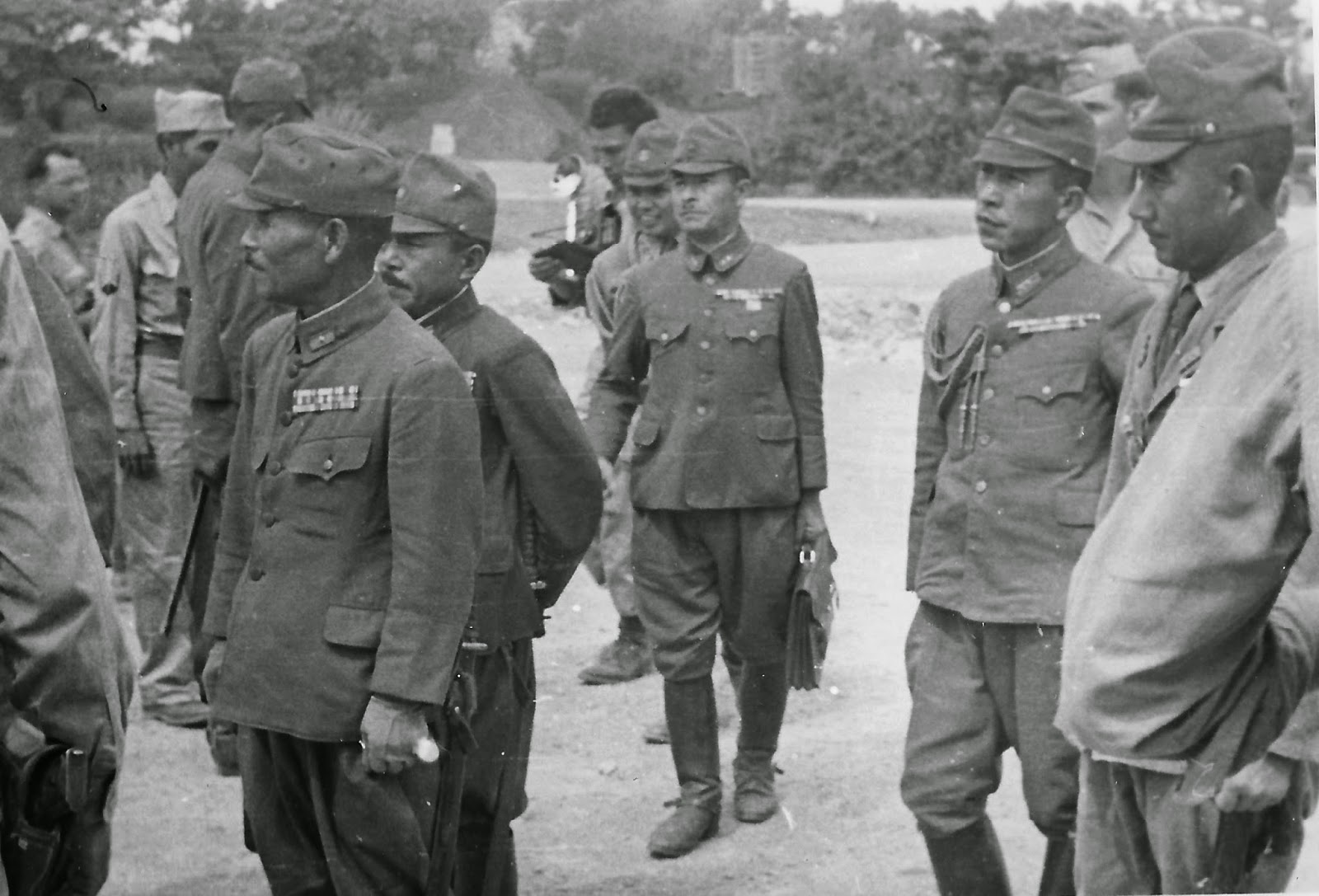 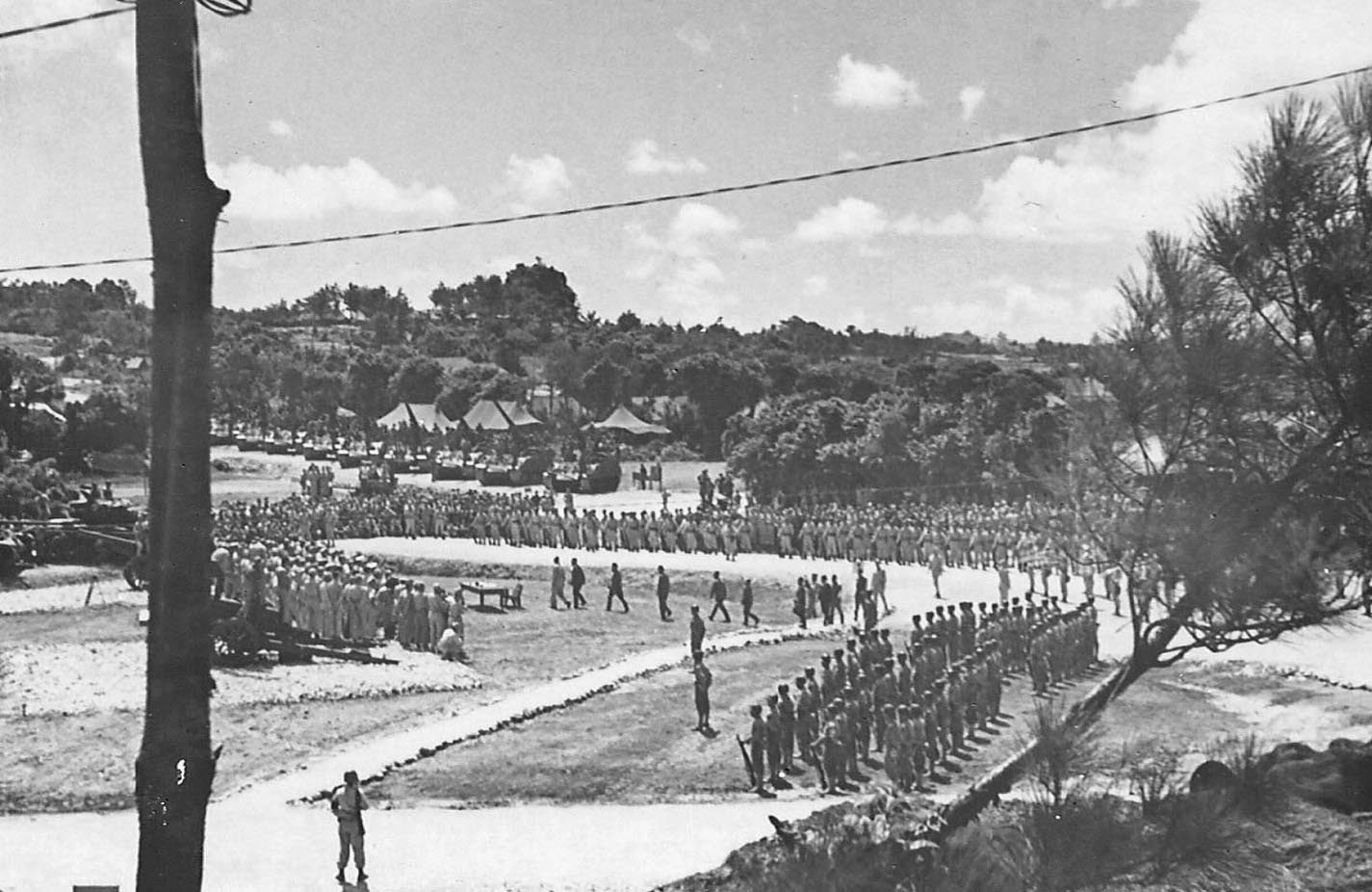 Here the Japanese delegation and their guard approach the signing table.

These last two photos are not ones from Lt. Kowallis' collection, but are official government photos of the Japanese delegation at the signing table on the parade grounds and of the ceremony from an aerial view. 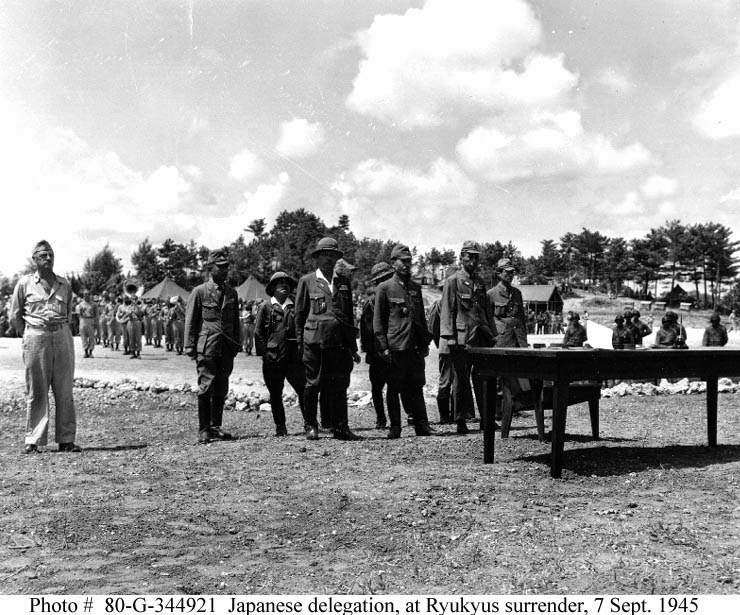 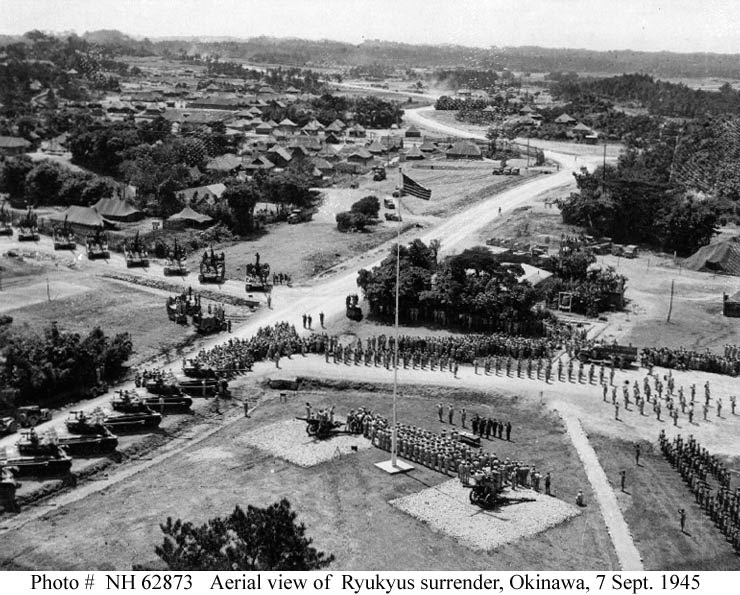