These photos are part of the collection of Lt. Reinhart T. Kowallis taken in 1945 while he was stationed on Okinawa and working as the leader of a photo interpretation team assigned to the 10th Army. Most of these photos have no names, some have dates and short comments on the back. 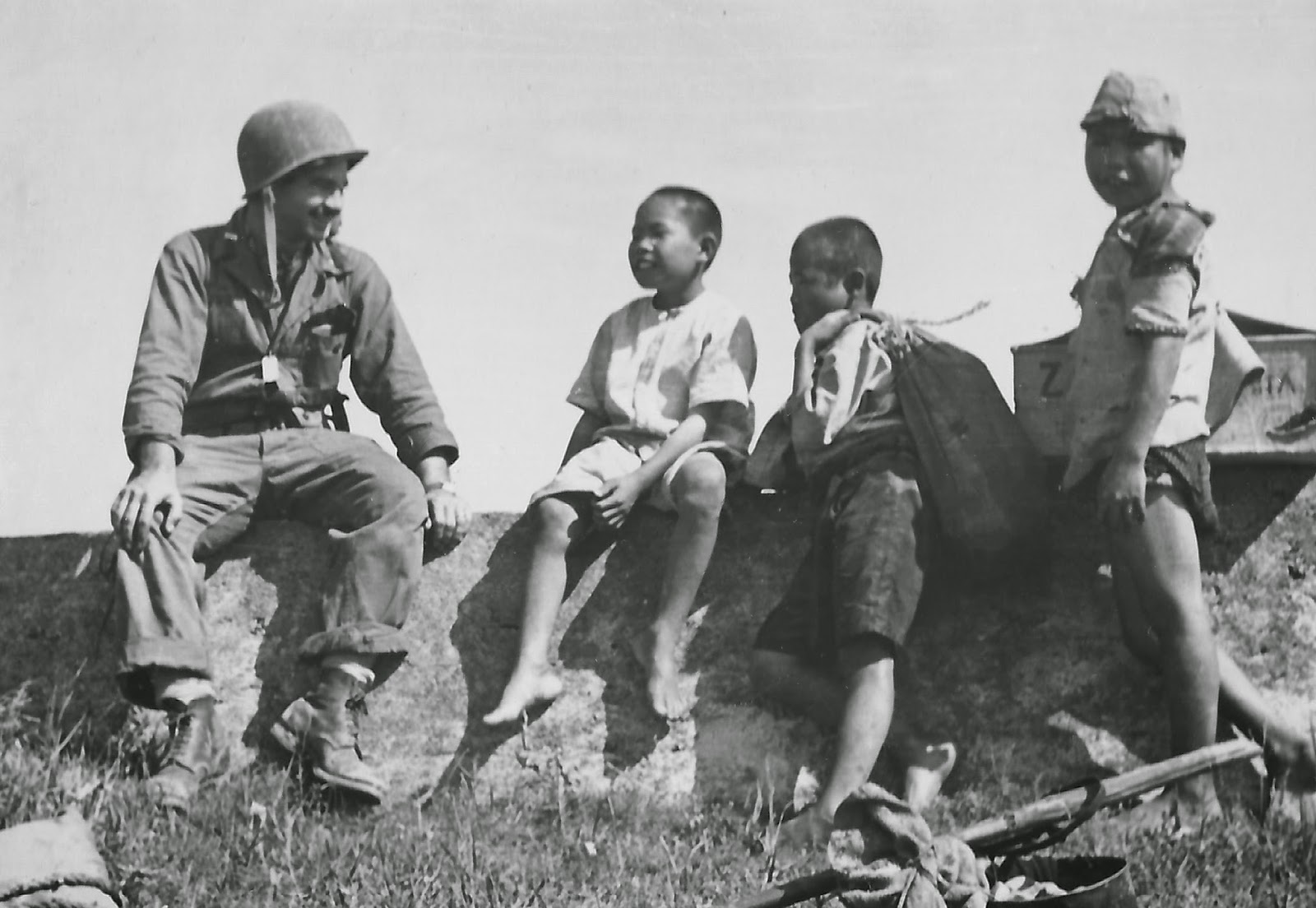 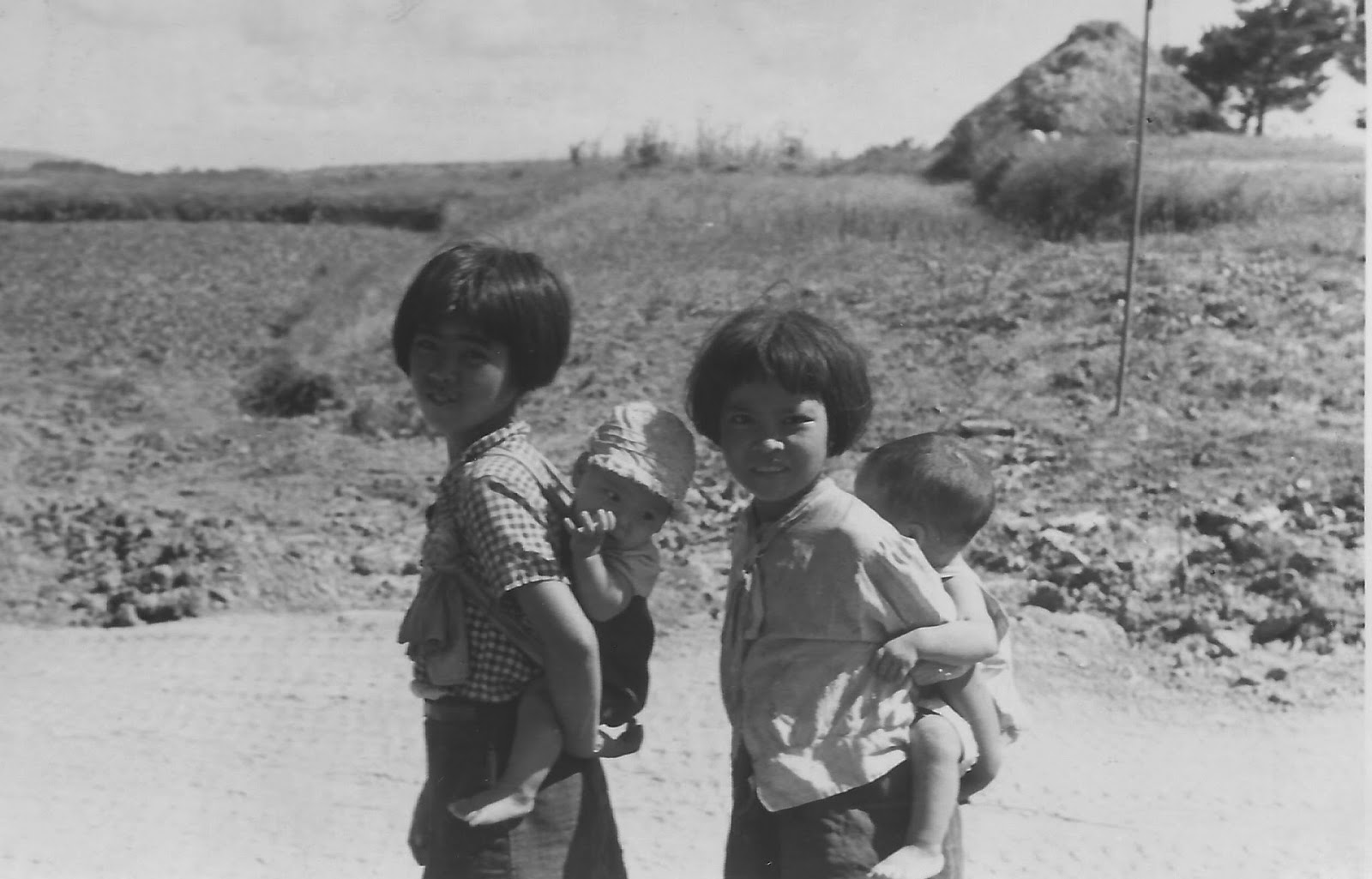 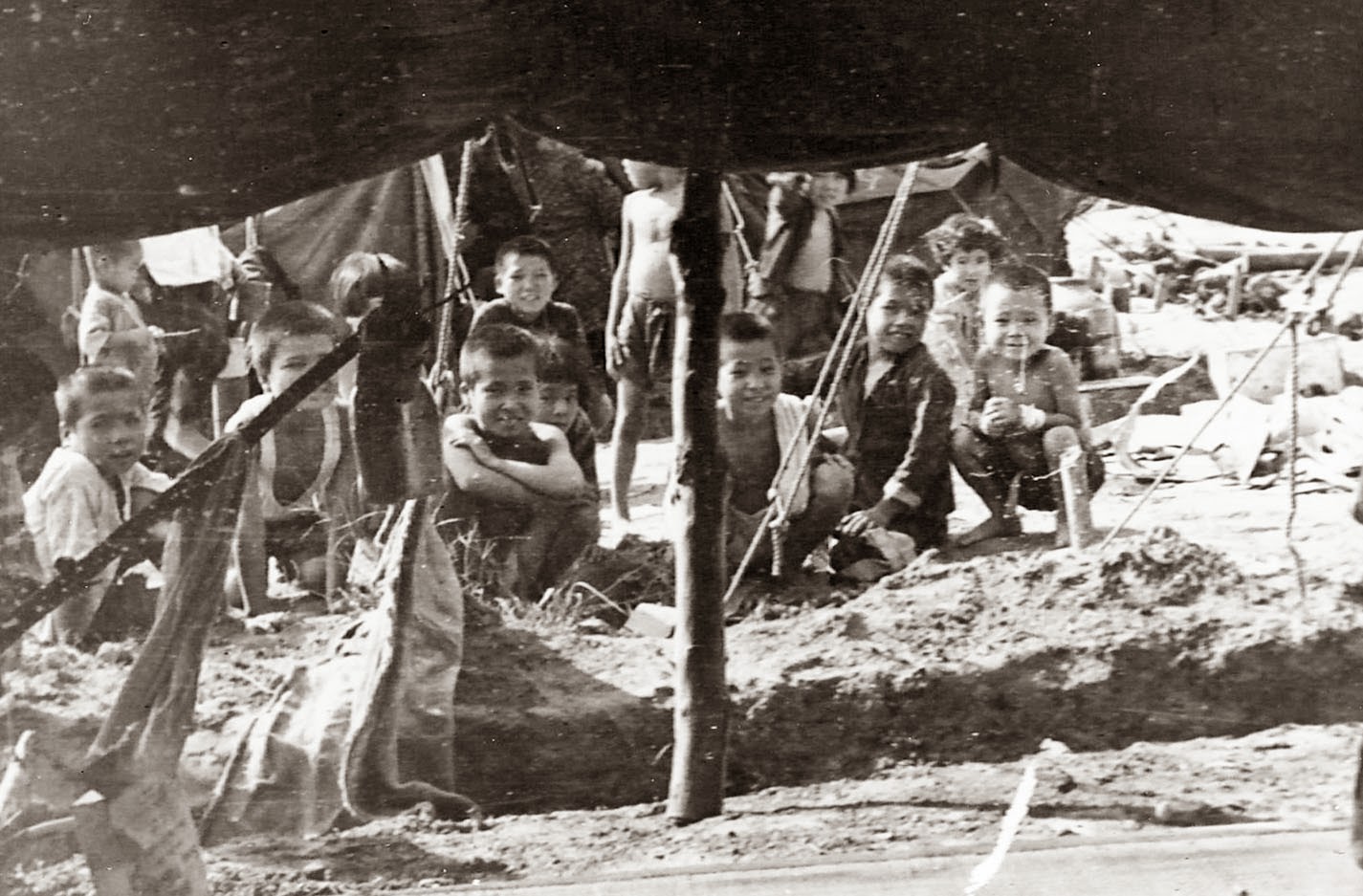 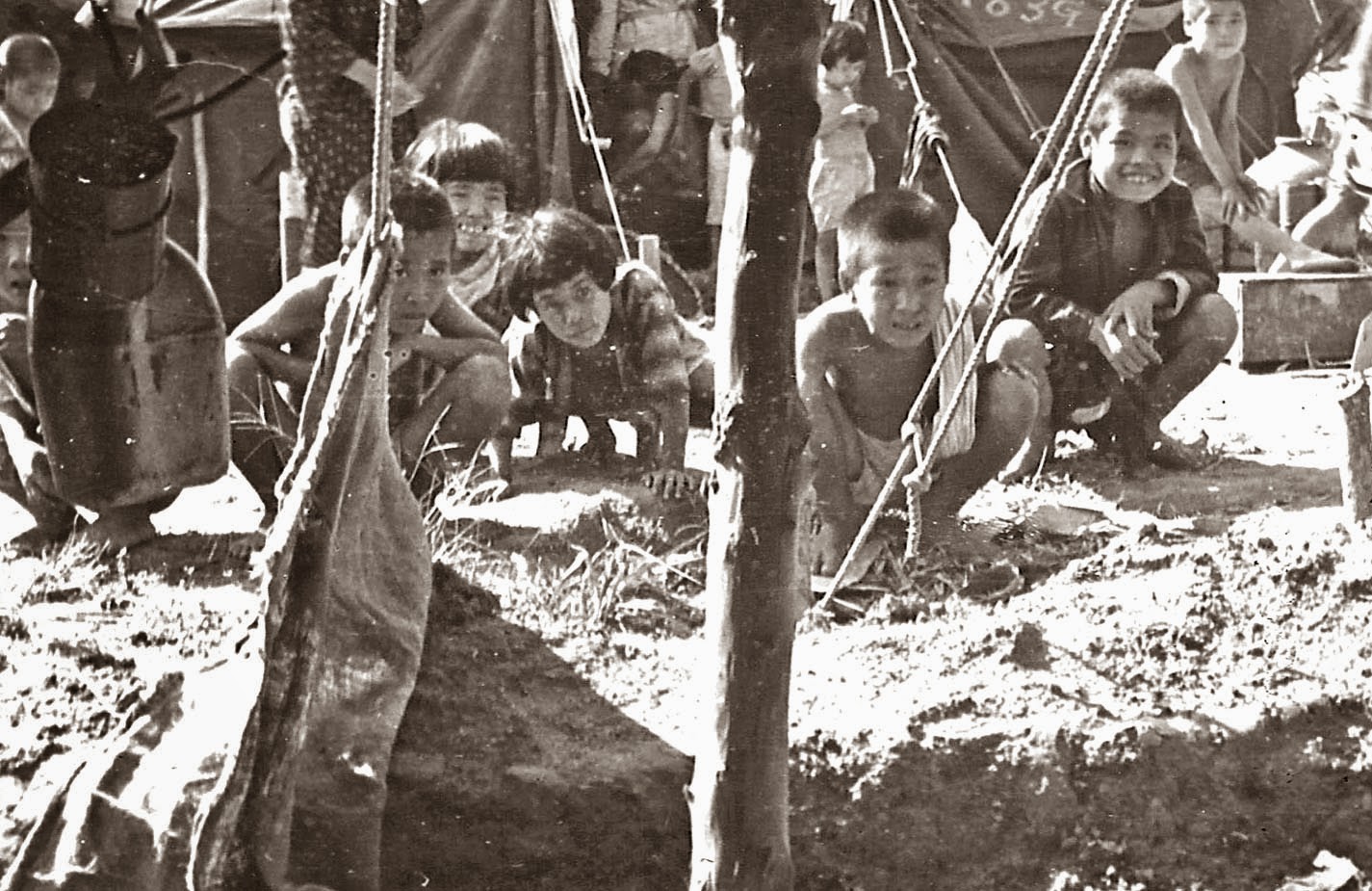 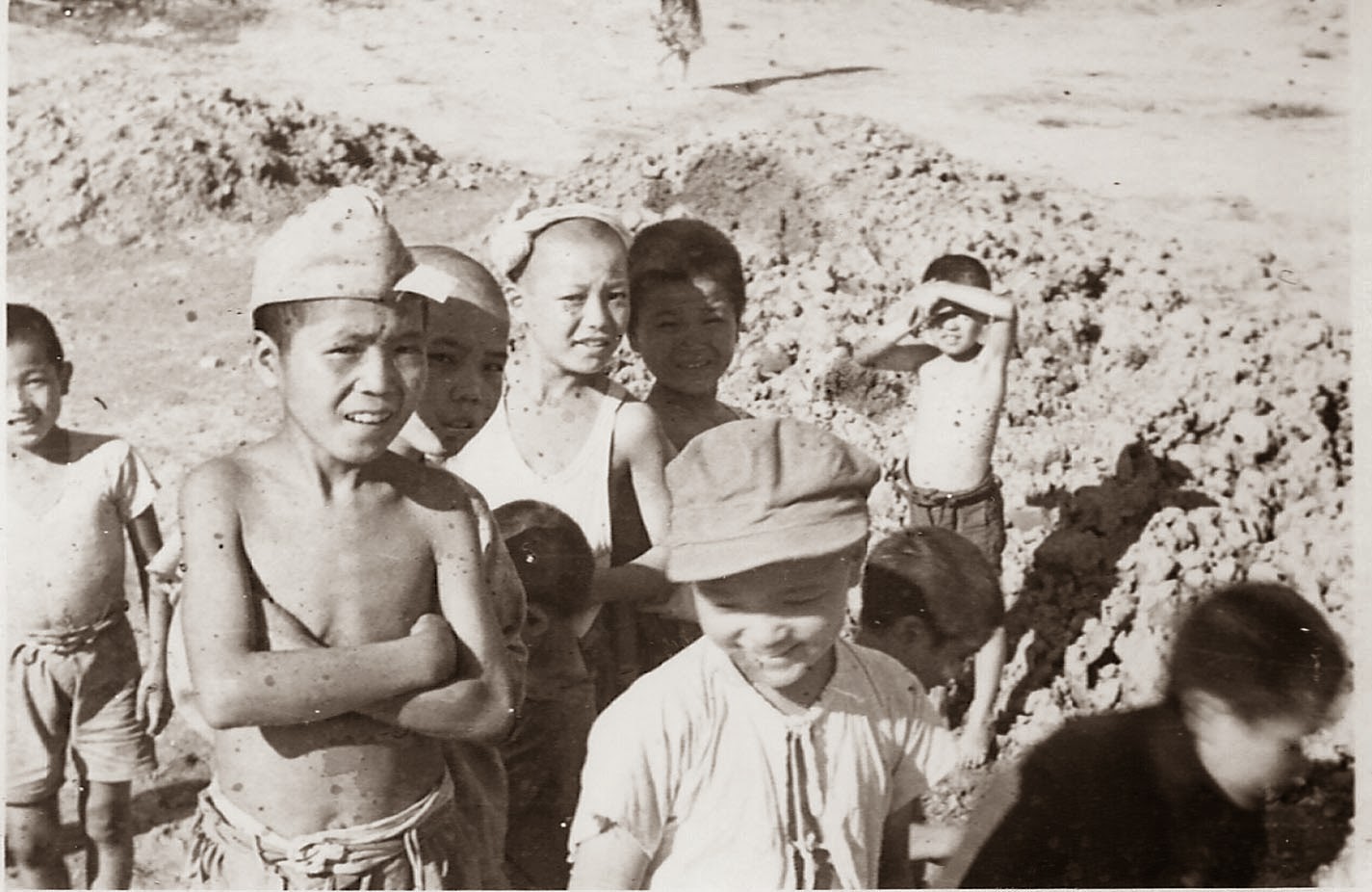 More of the boys hanging around the army camp in July 1945. 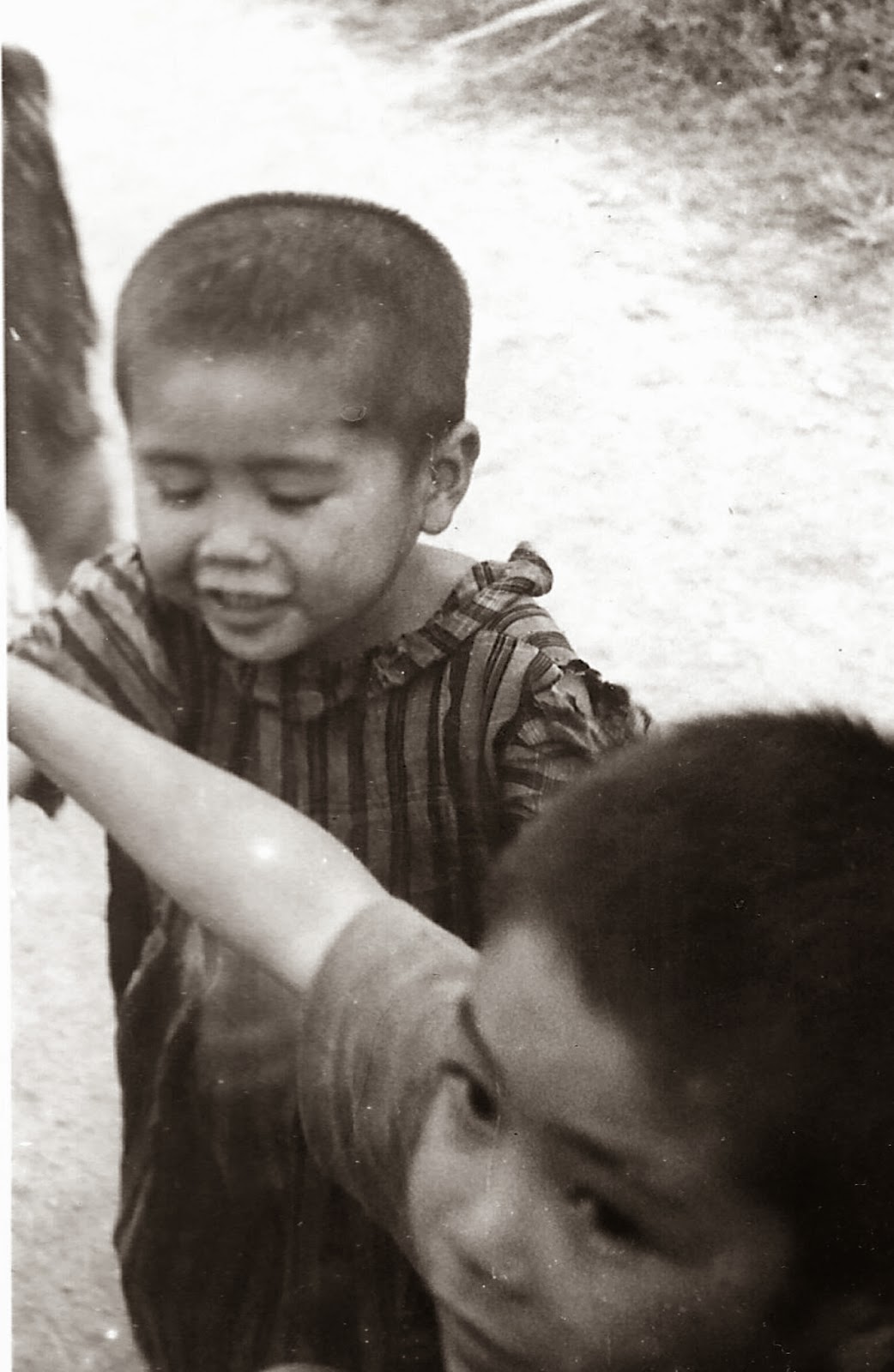 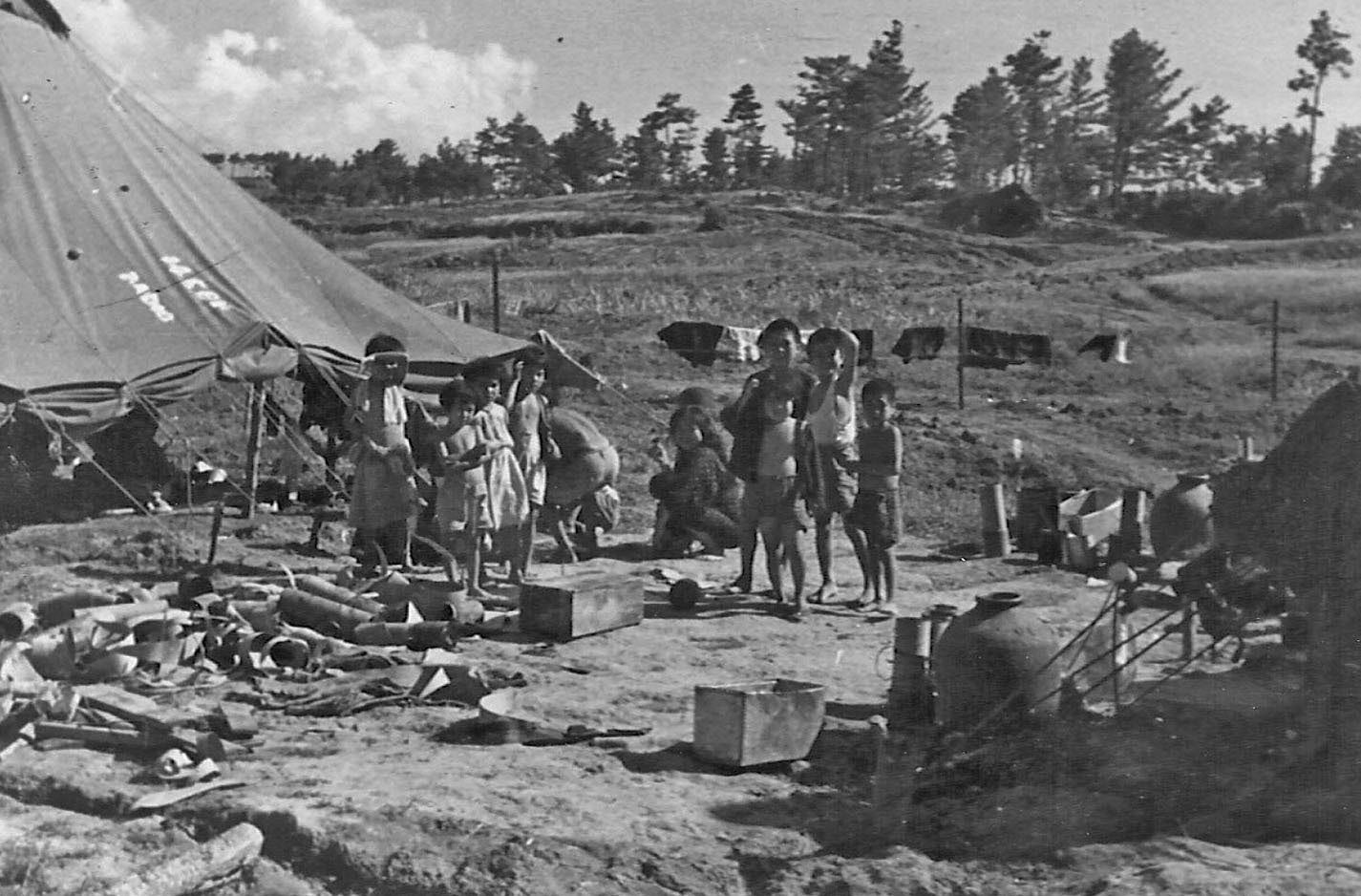 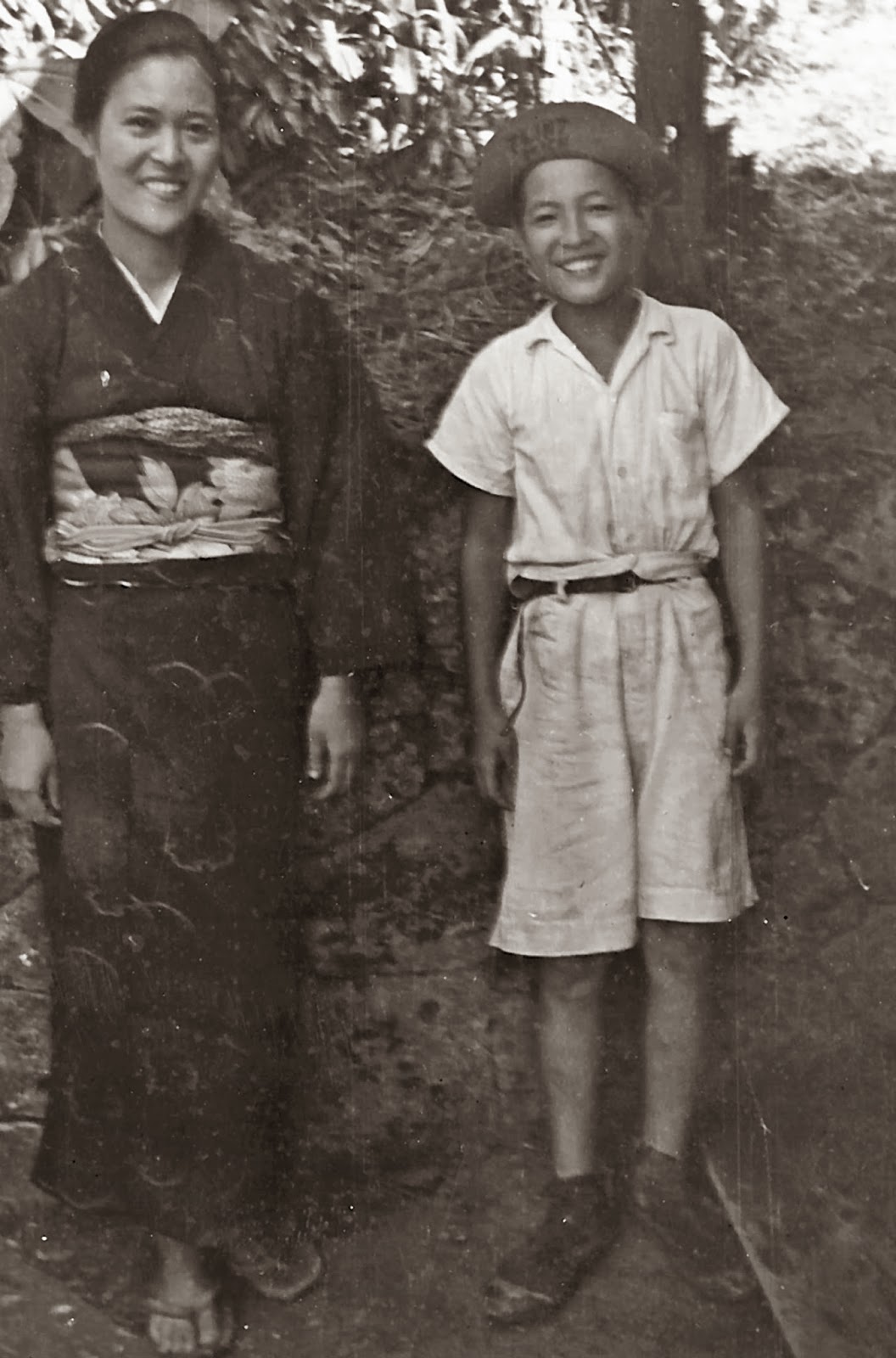 An Okinawan woman and her son. 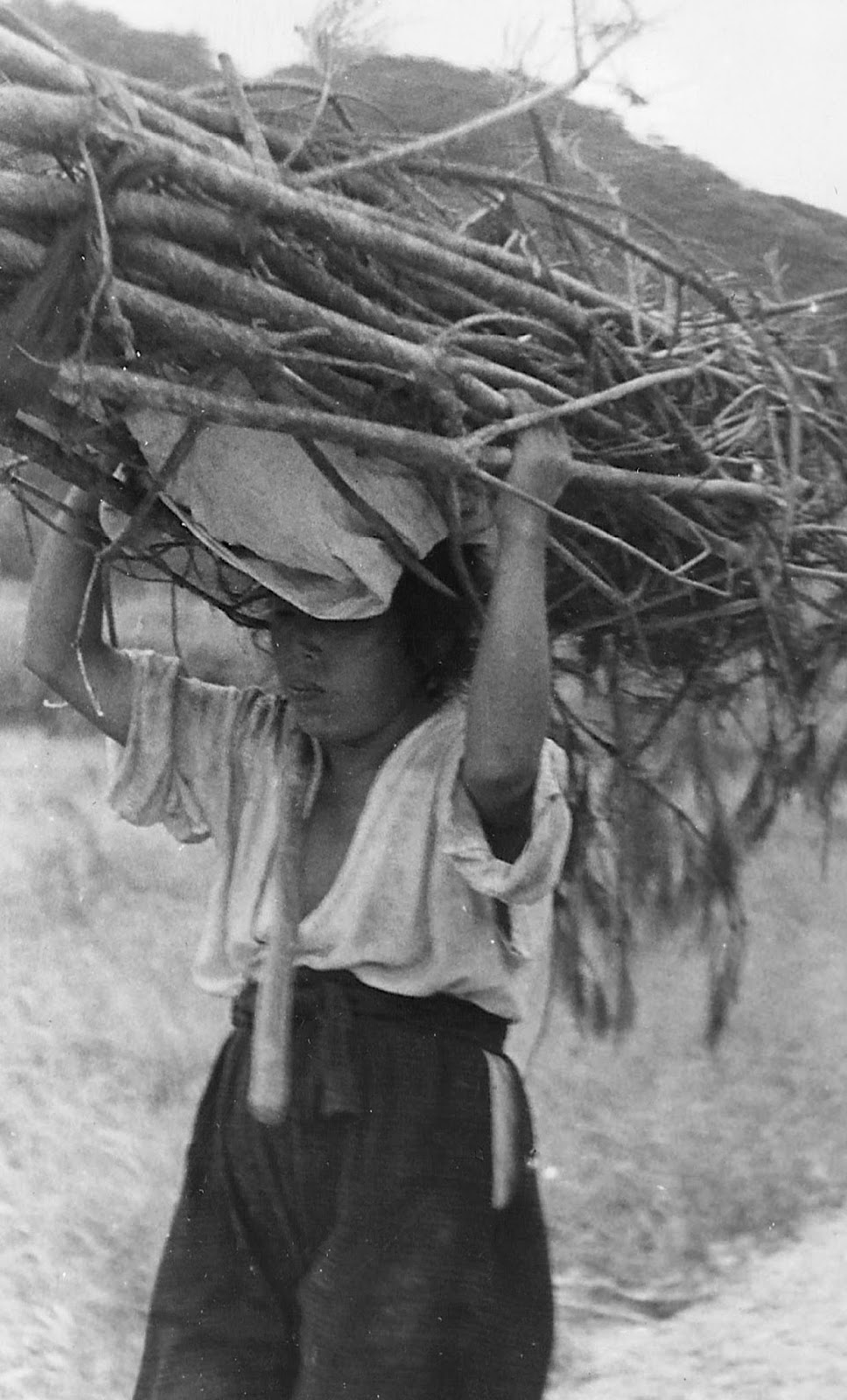 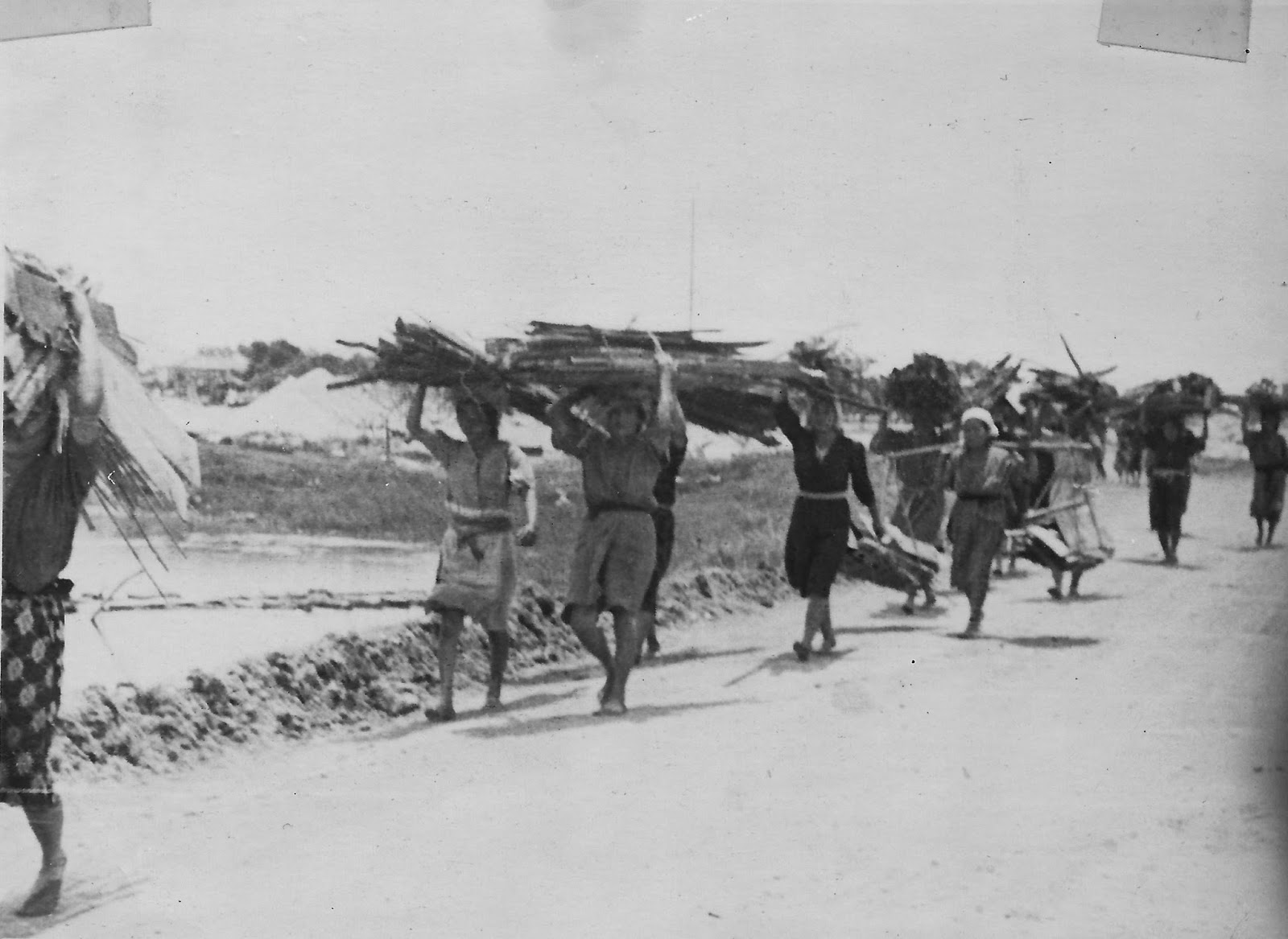 Traveling the road with their loads of wood are a number of Okinawan women who seemed to do most of the work, at least the work of carrying heavy loads on their heads (July 1945). 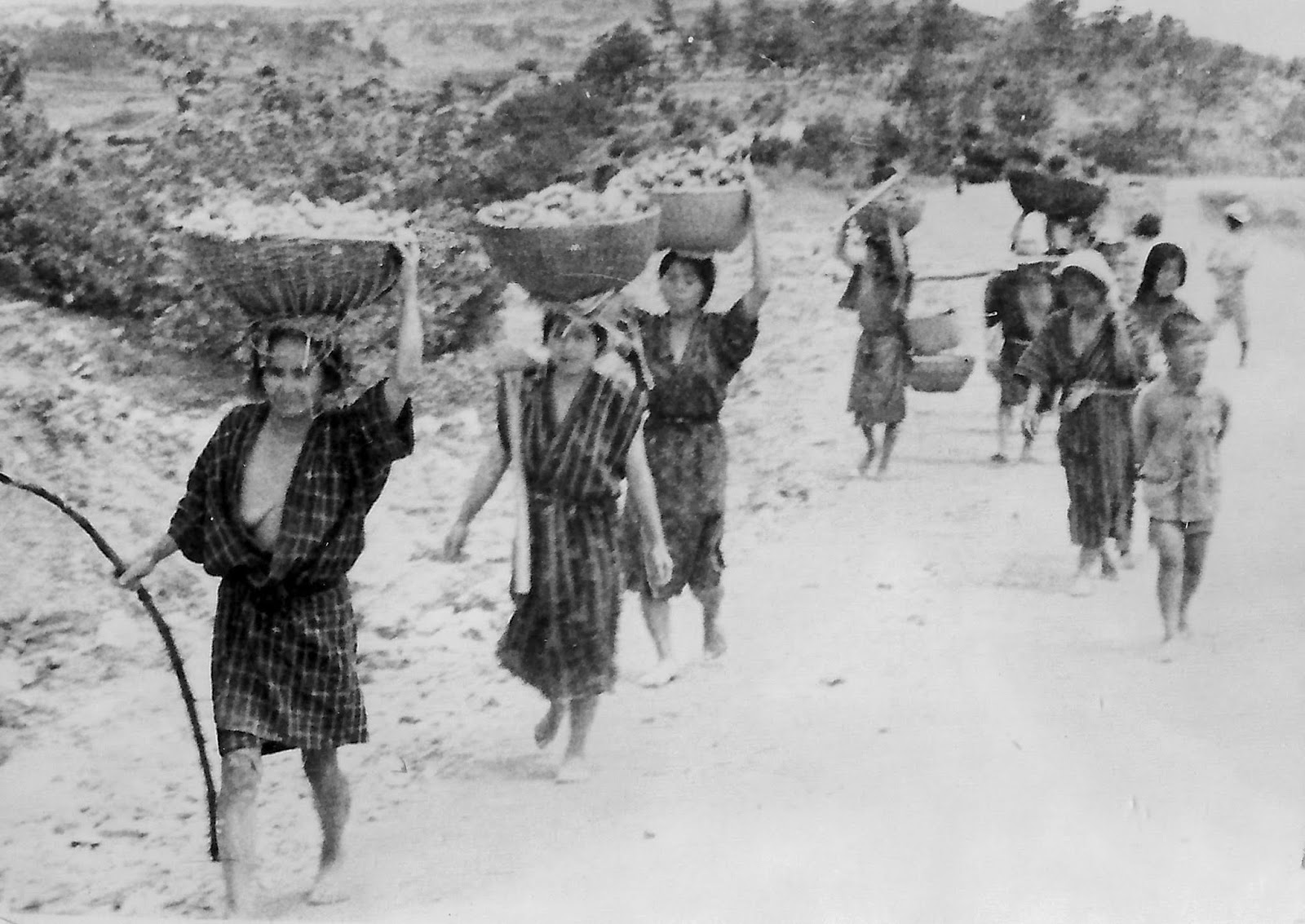 Full baskets atop these women's heads. No indication on the photo what the women were carrying (July 1945). 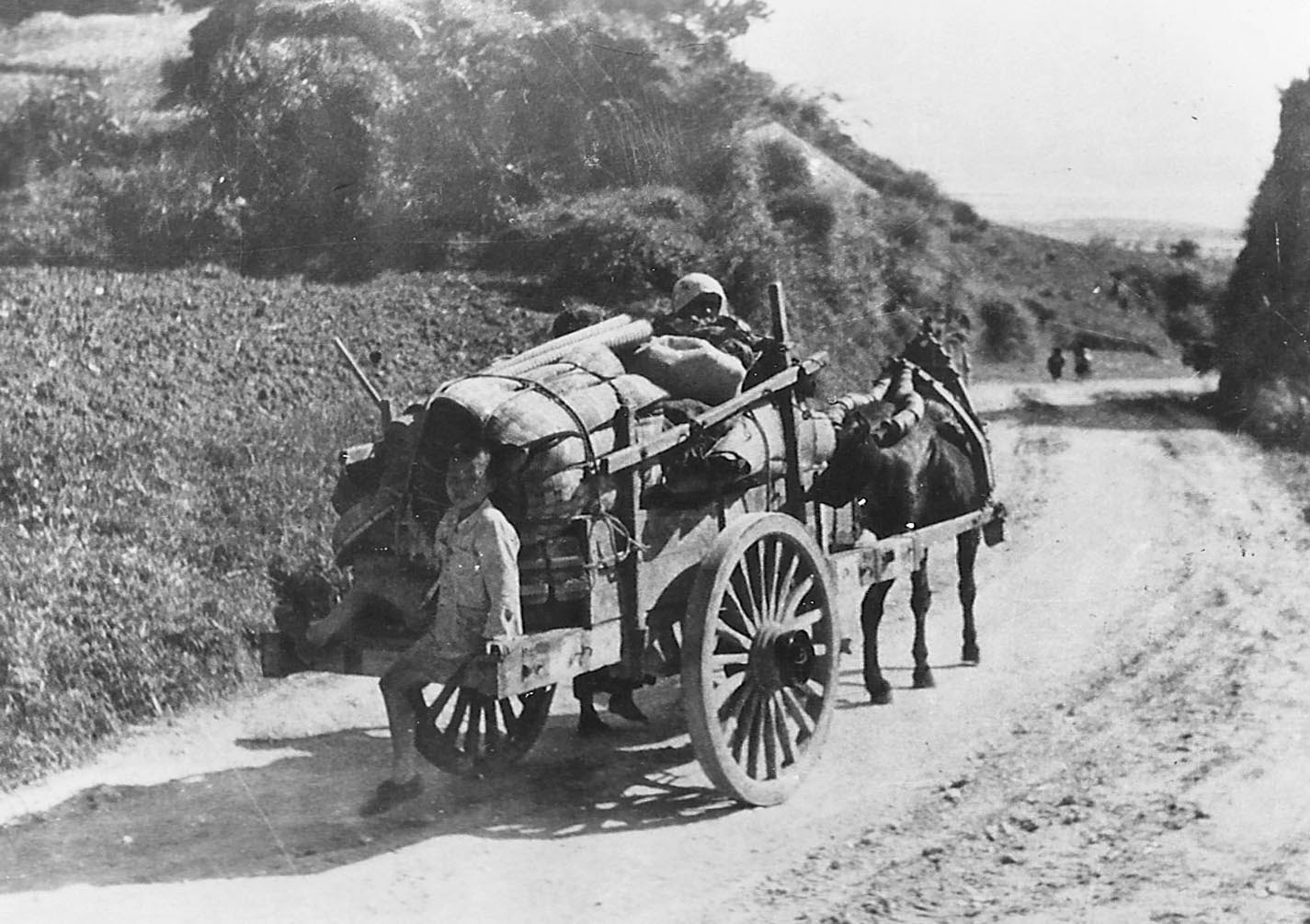 Okinawan cart driven by native man with boy riding on the back. 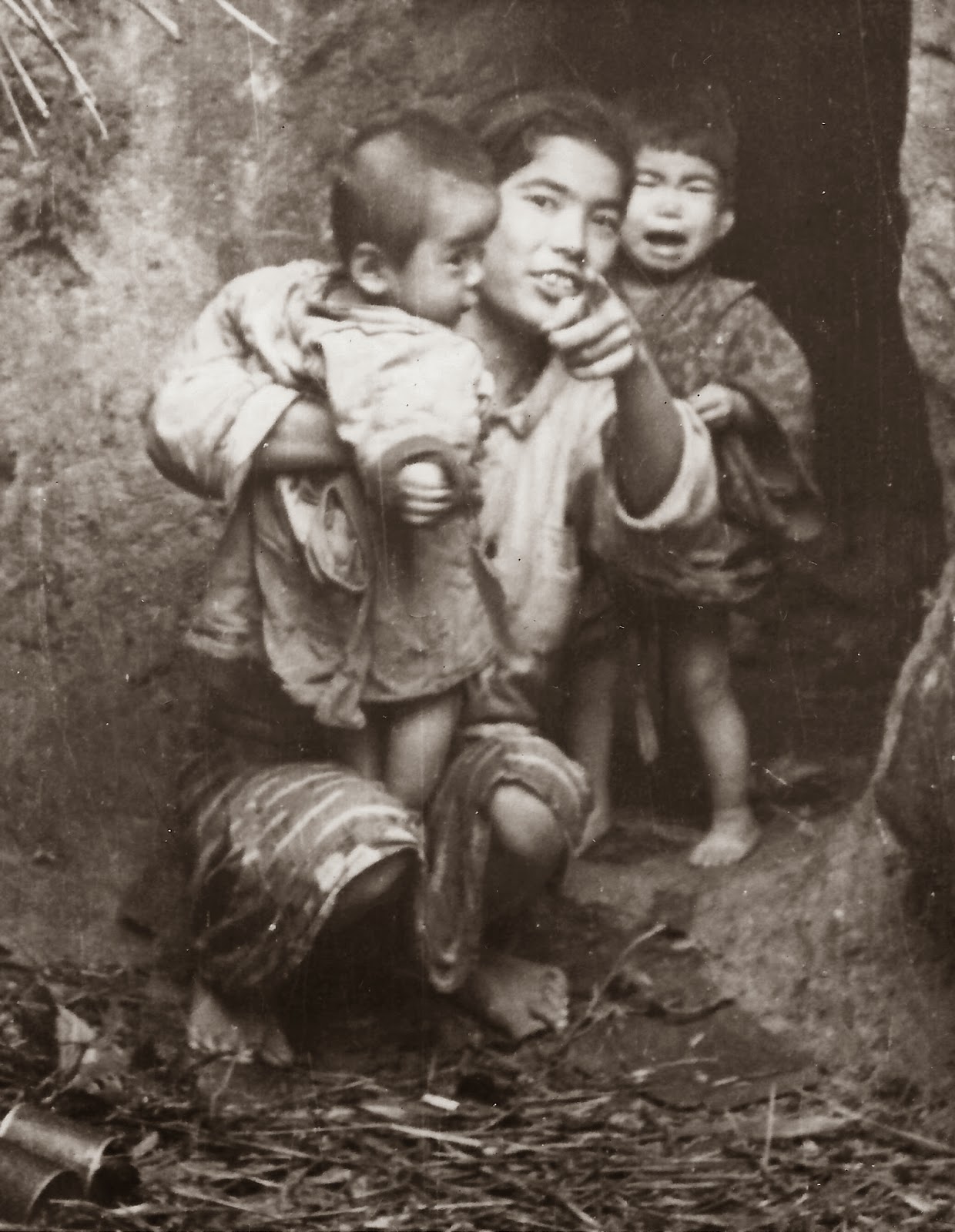 This native woman and her two children seen in these two photos were found hiding in a cave to avoid the war raging around them (June 1945). 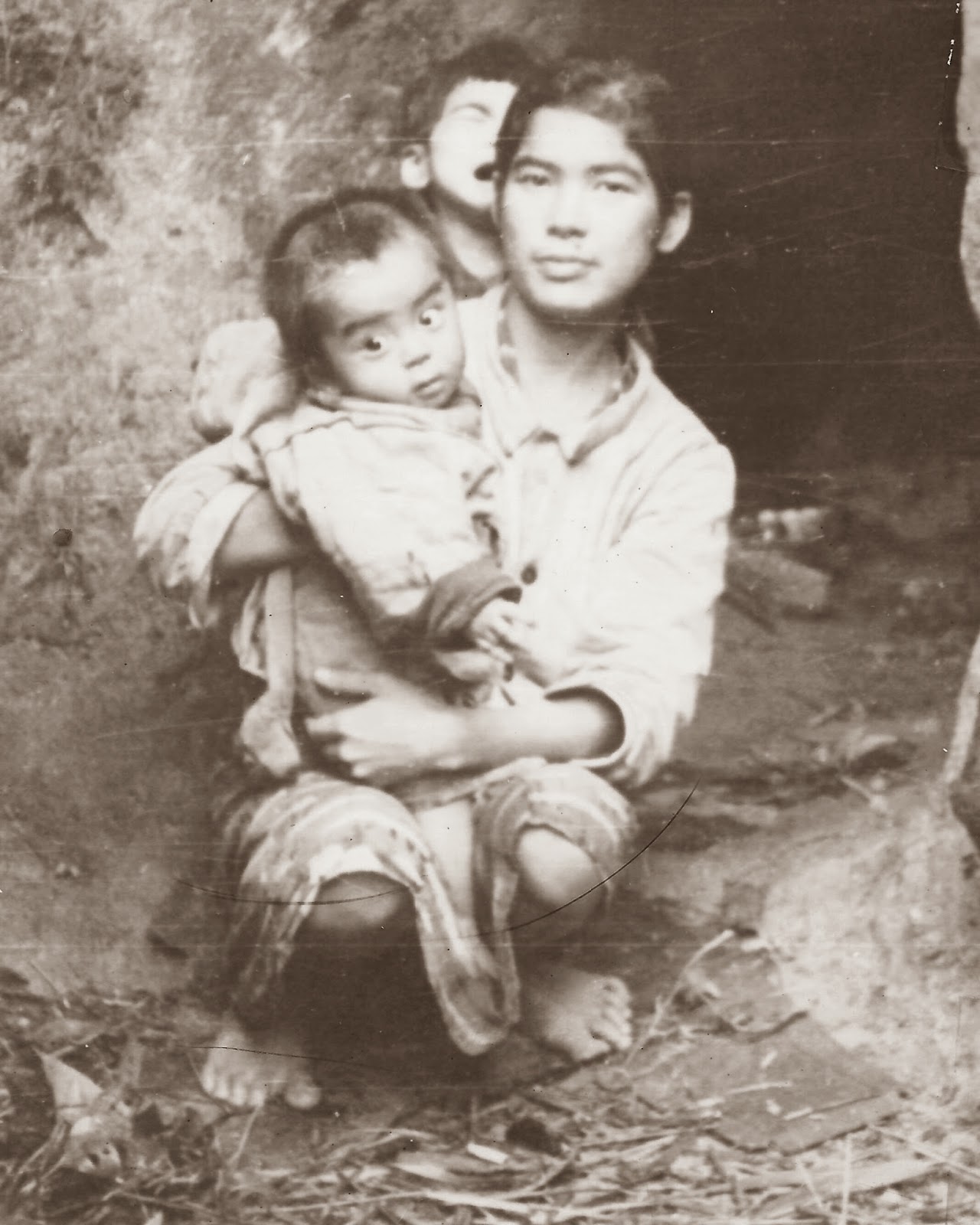